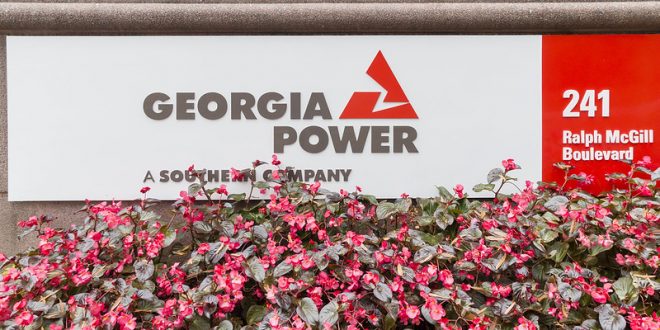 The Electric Vehicle Autonomous Renewable Charger (EV ARC) is a charging station that uses solar panels in order to obtain and store its energy from the sun to create electricity.

According to the Electric Power Research Institute’s Consumer Guide to Electric Vehicles, there are two main types of vehicles: battery electric or all-electric, and plug-in hybrid electric.

Plug-in hybrid vehicles contain an electric motor and battery but also an internal combustion engine. These vehicles depend on electricity as well as traditional gasoline in order to operate.

Chae’lla Coles, a junior nursing major, discussed how she felt about the electric car charging station being located on VSU’s campus.

“It’s just kind of pointless,” she said. “I haven’t seen anybody with a car that needs to be charged but that doesn’t mean that someone might not come through and be able to use it.”

According to the Electric Power Research Institute’s Consumer Guide to Electric Vehicles, using electricity instead of traditional gasoline reduces petroleum usage and greenhouse gas emissions which then leads to a safer environment.

Coles praised the benefits that electric vehicles pose to the environment.

“I think that is really important and that’s one thing that I do like about this upcoming charging car era because you don’t have to emit those gases and fuels into the air,” she said.

The demand for electric cars is expected to increase due to the increased awareness of vehicle electrification around the world, according to the Electric Power Research Institute’s Consumer Guide to Electric Vehicles.

“I’ve never thought about buying an electric car,” she said. “But I feel like if I did my research on it, there may be a possibility that I may look into buying one in the future.”

Electric car drivers can use the charging station by creating an account through a company called ChargePoint, a leader in electric vehicle charging.

Charging stations can be found in South Georgia cities such as Albany, Moultrie, Thomasville, Tifton and Valdosta.