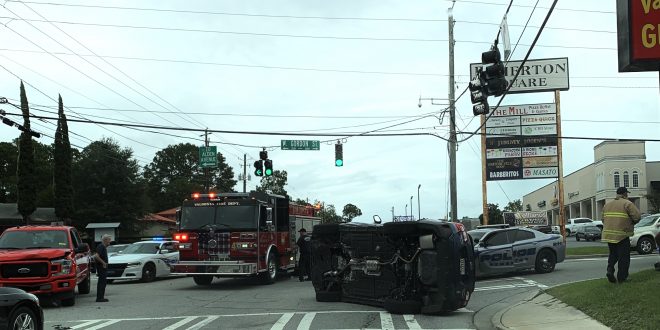 The most dangerous intersection in Valdosta is located at North Valdosta Road and Country Club Drive. Between 2016 and 2020, there were a total of 207 crashes at this location.

That was one of many findings in a report released by the Valdosta-Lowndes Metropolitan Planning Organization recently. The report analyzes crashes recorded from Jan. 1, 2016, to Dec. 31, 2020.

During this time, 18,632 crashes occurred in Valdosta, and there were 85 crashes that resulted in fatalities—altogether, 91 passengers died.

Twenty-five percent of the total number of crashes in Valdosta involved drivers under the age of 21.

According to the data, there is one crash-related death every three weeks in Valdosta.

Corey Hull, transportation and environmental director of the Southern Georgia Regional Commission, speculates that this 2.16% decrease in crashes is likely due to COVID-19 guidelines during 2020, which resulted in less cars being on the road.

According to Hull, while a 2.16% decrease in crashes isn’t exactly a significant decrease, the number of crashes every five years is usually about the same when the crash report is released.

“I would say it’s noticeable,” Hull said. “We think it’s because of the COVID travel restrictions and the stay-at-home orders that were put in place in 2020 that there was that reduction. We have typically not looked at growth or reduction in the number of crashes per year in the past…[but] it’s typically close to the same number every year.”

During a phone interview, Hull offered some traffic advice for student drivers at Valdosta State.

“One thing I can say with Valdosta State being, primarily, a walking campus is to keep in mind the general rules of pedestrian or bicyclist safety…crossing at crosswalks, using designated crossing areas is the safest and always look twice before you cross,” Hull said. “I would encourage students to utilize the TravelSafely app that the city of Valdosta launched this summer.”

The TravelSafely app is a smartphone app that intends to make driving safer. It warns drivers when there are pedestrians, bicyclists or other cars nearby, among several other features the app offers.

Included within the report is a list of high-crash locations in Valdosta.

Things that drivers should be aware of, according to the report, are insufficient sight distance, blind curves and insufficient signage along different streets. The report will be used to identify and correct these issues.

The crash report is used to help develop transportation plans and to identify infrastructure projects to improve the safety of drivers in Valdosta.