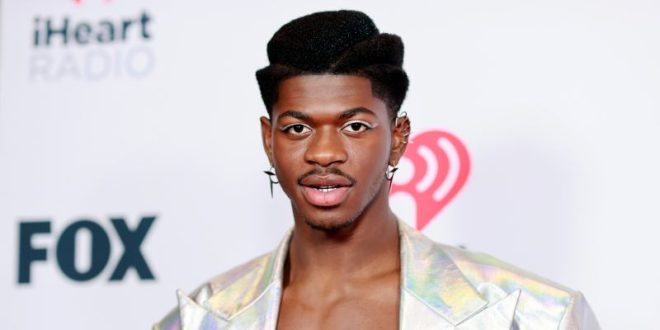 Rapper and artist Lil Nas X has been in the spotlight ever since his 2019 smash hit “Old Town Road,” which holds the Billboard record for longest weeks spent at the number-one spot.

The rapper is no stranger to controversy. During the “Old Town Road” phase, Lil Nas X was scrutinized heavily by Twitter users, specifically Nicki Minaj fans for intentionally omitting his past as a Nicki Minaj fan page runner on Twitter under the username “NasMaraj”.

The rapper claims he didn’t want to reveal this information because doing so would also reveal his sexual orientation (Lil Nas X came out on June 30, 2019). However, old tweets resurfaced of the NasMaraj account where Lil Nas X seems to express views pertaining to islamophobia, transphobia, racism and more.

One example is a tweet made on May 30, 2017 where he tweets “Ariana Grande stans that are Islamic are such a self-drag. Your deadass “religion” killed multiple kids for media attention” (referring to the 2017 Manchester attacks on an Ariana Grande concert caused by an Islamic terrorist).

There’s also tweets where Lil Nas X is seen referring to Lady Gaga as a “his”, Selena Gomez as an “illegal alien”, and Adele as “Fatdele”.

This might explain why he’s set in the ways of using shock value to continue his career.

During promotion for his song “Montero (Call Me By Your Name)”, Lil Nas X was heavily criticized for using Satanic imagery which included him giving a lap dance to Satan in the music video and teaming up with Nike to create Satanic shoes with real blood inside them.

Because of this, his fans came to his defense claiming the criticism came from a place of homophobia.

This same cycle has come up recently due to Lil Nas X’s promotion of his new album “Montero” where Lil Nas X claims the album to be his “baby” and posted photos over social media of him with a pregnant belly.

This incident now brought up claims of transphobia, with social media users saying the rapper was being insensitive against transgender men.

Abbi Long, a freshman, says she thinks the controversy is stupid and that social media users nitpicking anything.

Diego Santiago, a freshman nursing major, said Lil Nas X is an “inspiration” and isn’t fond of the criticism the rapper is facing.

Personally, I’m tired of the controversy.

Let’s be honest, shock value can sell. It does wonders for many brands and celebrities such as the Kardashians who have built their career off getting attention via other celebrities (mainly black men, do with that what you will.)

However, there comes a point where this intentionally creating controversy shtick gets tiring, especially in Lil Nas X’s case because he victimizes himself afterwards.

You know you’re going to upset people, so you get on Twitter searching for people who disagree with you just, so you can get a quick viral tweet off the backs of your fans cheering you on like sheep who can’t think for themselves.

I don’t necessarily dislike Lil Nas X, I love what he’s doing, becoming a mainstream black, gay rapper and added much needed representation to the rap/pop scene, but the desperate and obvious attempts to stay relevant by using shock value can and will hurt his career if he keeps this up.