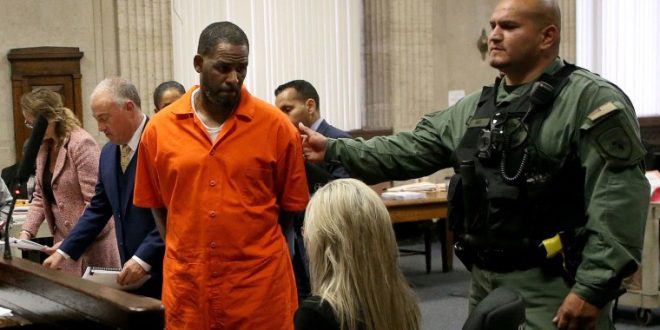 R. Kelly sentenced for 10 years to life in prison

In the seven week long federal court trial in New York, R. Kelly was found guilty and charged with sexual exploitation of a child, bribery, racketeering, sex trafficking and a possible sentence of 10 years to life in prison.

For over 20 years, Robert Kelly, an R&B singer, has faced many allegations of sexual abuse. These allegations started at the beginning of his music career centered around the abuse of minors.

However, many are asking the question as to why it has taken over two decades to hold the singer responsible for his actions.

Reports of the singer’s first scandal goes back to 2002 when Kelly was indicted on child pornography charges after The Chicago Sun-Times reported that it received a videotape allegedly showing Kelly having sex with a minor.

From that point on, there would be multiple charges against the singer where the judge would drop the charges because police didn’t have a search warrant or settle the case outside of court for a disclosed amount.

Through these 20 plus years, there would be more charges against the singer where we would be charged for sexual abuse against different minors.

With these allegations pilling on Kelly, more victims’ parents would come out claiming that Kelly would be brainwashing their daughters and was keeping them in an abusive cult.

From these claims coming out, activists would start the movement #MuteRKelly, calling for the boycott of his music. However, what would take the world by storm is the documentary “Surviving R. Kelly.”

This series gave the timeline and first-hand accounts of some of the victims of Kelly. This series brought to the public view in full force what these women went through.

After this series, many artists such as Lady Gaga, Celine Dion and more removed their duets with Kelly from streaming services and made apology statements about working with him.

A few months later, CBS would air a sit-down interview with Kelly, where Kelly goes on as some call an “emotional rampage,” saying that he “wouldn’t do such a thing” and that “people are trying to make him look like the bad guy.”