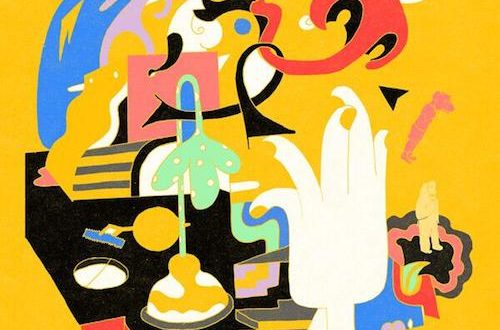 Mac Miller ‘Faces’: a dive into the late artist’s mind

While Mac Miller’s mixtape “Faces” has been released for independent download since May 2014, it was released fully and on all platforms on Oct. 15, receiving praise from his fans as a reminder of how music touches our souls even after the singer has passed.

“Faces” is considered as the mixtape that changed Mac Miller’s career, but some argue “Watching Movies With The Sound Off” should have that title. The mixtape is one of his most moving and personal works. It marked his eleventh mixtape at its original time of release.

“It really shows us how much potential Mac had, it’s crazy.” Keimani Wilson, a freshman sociology major.

Lily Herman, a freshman, said if anyone hasn’t heard of Mac Miller, they should start here. “It’s the best introduction,” Herman  said.

Setting it apart from many of his previous albums and mixtapes, Miller wrote and composed almost all of the mixtape by himself. He got features from several big artists, such as Rick Ross, Mike Jones, Earl Sweatshirt, Vince Staples and more.

The mixtape starts out with “Inside Outside,” which opens the album to a jazzy beat and deep but whimsical lyrics. Only a minute fifty-three seconds, it’s a perfectly done starting song.

The song features Super Mario sounds in the background, specifically the sound of the flag falling down when Mario beats a level, followed by ghost noises. Miller starts this song with some intense lyrics:

“For my sin, shoulda been crucified already, rah!”

Continuing, he sings about his struggles with drug problems, a major focus throughout the album:

“(Faces) Came in, I was high already

Mac Miller struggled with a major addiction to lean and other drugs. During the time of this album release, he was on the journey to being clean.

The next track on the album is “Here We Go.” Another short opening to the album before getting to the real songs. The song starts off with a paraphrased version of “The Oath Of Kingdomhood” from the 2005 film, “Kingdom of Heaven.”

“Be without fear in the face of your enemies. Be brave and upright, that God may love thee. Speak the truth, even if it leads to your death. Safeguard the helpless and do no wrong. This is your oath.”

This track speaks to Miller’s tireless work in the studio creating his music. A ballad about how hard he’s worked and how much he’s achieved:

“I showed my mom my first million, she damn near fainted”

“I’m the hardest workin’ person in the universe”

“I did it all without a Drake feature”

“Even my homies tell me, “Take a break”

The mixtape has 25 tracks in total, all speaking to Miller’s hard work and struggles.

The mixtape ends with two tracks speaking to the metaphorical end of his life, likely from the dangerous life he lives: “Grand Finale” and “Yeah.”

“And if by chance this is my grand finale

Bury me in Allegheny County”

“The world will be just fine without me”

“I miss the high, I live a lie

And one day we’ll die, no one will care”

While the lyrics are not for everyone, with topics most people want to avoid, his music is acclaimed for his ability to tell it like it is, without fear of what others think.

During this time of the Mixtape, Mac Miller was in his prime, being discovered by millions. While it is celebrated that it finally got released on all platforms, it is a grim reminder of Miller’s struggles long before his death, caused by an accidental overdose.