Home / Entertainment / Editor-in-Chief’s Pick: 2021 albums you should be listening to 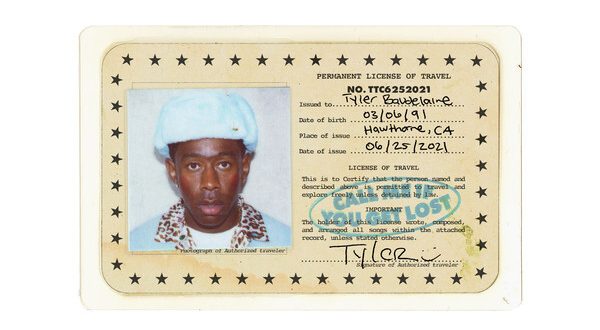 Editor-in-Chief’s Pick: 2021 albums you should be listening to

While the year is not over, and we are waiting on albums from superpowers such as Adele, Bruno Mars and Taylor Swift, there are still plenty of amazing releases that deserve plenty of ears to check them out!

“LP!” By JPEGMAFIA- Many people don’t know about this experimental hip hop artist, but as one of the brightest up-and-coming rappers of the underground scene, JPEGMAFIA deserves all the respect for this project. With his humorous, yet dark, lyrics and concrete production, “Peggy” is sure to make your jaw drop with his most recent project. Standout track: “Tired, Nervous, and Broke!”

“If I Can’t Have Love, I Want Power” by Halsey- Arguably Halsey’s biggest statement yet, this album narrating her own experiences with motherhood and childbirth truly showed us how creative Halsey can be. Ranging from folk ballads to alternative rock power-pop bangers, there’s a little bit of something for lovers of all genres to enjoy. Standout track: “You asked for this”

“333” by Tinashe– It is rare that modern R&B gets more interesting than Tinashe. As one of the most innovative artists of the genre, Tinashe knows how to play it safe with your average contemporary R&B and pop sounds while experimenting with genres such as drum and bass, drill and house music. Standout track: “Undo (Back to My Heart”

“SOUR” by Olivia Rodrigo- It’s rare that debuting artists reach this level of success, but Olivia Rodrigo has managed to become one of the defining commercial artists for 2021. With a cup of teenage angst, a cup of indie pop and punk rock and a dash of folk music, SOUR offers a relatable experience for anyone who has simply lived through adolescence. Standout track: “Jealousy, Jealousy”

“Solar Power” by Lorde- Lorde’s comeback album after the unanimously acclaimed Melodrama was sure to get people talking, even if everything has not been good. While reviews have been polarizing, this psychedelic folk pop record offers a new side of Lorde that sees her more interesting than ever before. Standout track: “Mood Ring”

“Something for thee Hotties” by Megan thee Stallion- With most projects from the Houston Hottie, you know what you’re going to get: flaming hot Southern hip-hop gems that will tire you out as you attempt to move as well as she does. This mixtape composed of freestyles she posted online and songs that didn’t make the cut for her next album are sure to have you moving for the next few months. Standout track: “Megan’s Piano”

“Call Me If You Get Lost” by Tyler, the Creator- As one of the most artistic, controversial and mysterious figures in hip hop today, you never know what to expect from the star. For his sixth studio album, he mixed his signature hardcore rap style alongside his occasional singing to create a hip-hop album that pulls from styles such as bossa nova, reggae and g-funk. Standout track: “WUSYANAME”

“Planet Her” by Doja Cat- Femininity is the name of the game, and it is one that Doja Cat plays very well on this appropriately titled, third studio album from the pop-rap chameleon. Playful and sensual, “Planet Her” proves Doja’s versatility as she makes spitting bars and giving beautiful vocals look easy to do. Standout track: “Need to Know”

“MONTERO” by Lil Nas X– Detailing the narrative of his journey through his sexuality, family life and rise to fame, MONTERO was sure to leave fans shocked with its diverse sounds and personal lyrical content. We’ve had mainstream LGBTQ+ male stars in the past, but it’s hard to pinpoint one as explicit and open as this controversial star. Standout track: “TALES OF DOMINICA”

“Happier than Ever” by Billie Eilish– Not only is she happier than ever, Billie Eilish is more mature and diverse than ever. Explorative production, soft vocals and stories narrating her experiences with fame, manipulation, love and growing up leads to Eilish’s most polished and innovative work to date. Standout track: “GOLDWING”

This has been a great year for stepping outside of comfort zones, as many artists have begun to be more experimental in their works. Hopefully, we continue to see this trend as music continuously evolves.