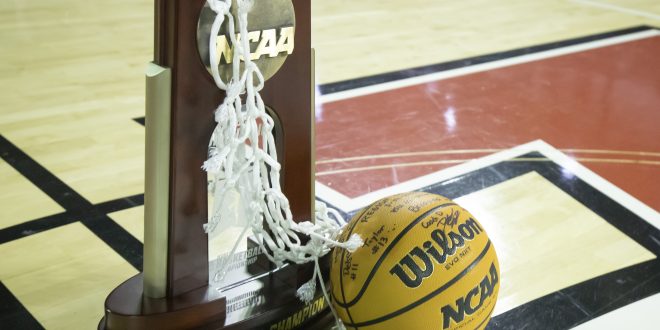 It’s been 38 years since the Lady Blazers’ last appearance in the Elite Eight.

However, while they’ve made history in their stunning run through the NCAA South Region Tournament, the Lady Blazers know there is much more at stake when they travel to Birmingham, Alabama.

On March 15, it was announced that the Lady Blazers will be the 4-seed in the Elite Eight. The Blazers will start their home stretch for the championship against 5-seed Western Washington (23-5) on March 21 at 9:30 p.m.

Their Tournament Run to this Point

Playing in the South Region Tournament has paid its dividends towards preparation for the Elite Eight.

What a gauntlet is was. As a 7-seed in the South Region, VSU knocked off 2-seed Tampa, 3-seed Lee and 1-seed Union over the span of four days. Additionally, both Tampa and Union were ranked in the top 15 nationally, with Union being ranked No. 1 in the country.

The recipe for their success was a combination of stifling defense and hitting the glass for a massive rebound advantage.

“[Rebounding] has been the most important thing,” Schrimer said. “It’s been the biggest thing on our board that we prep for. I feel like in the Gulf South Conference tournament, our last loss, we talked about how we got outworked. We talked about in these big games that if you have some of that nervous energy, if you have some anxiety going into the game, use that energy towards rebounds.”

Thus far in their tournament run, the Lady Blazers have been led by graduate Kwajelin Farrar. Farrar averaged 18 PPG and 7.3 RPG during the South Region Tournament.

Schirmer praised the leadership and maturity of her group.

“We have four 5-year seniors who have great maturity, and that allows us to manage the pressure of these tournament games much better than other teams I’ve coached in the past,” Schrimer said. “We found out at the airport that we were going to get Western Washington, and about five minutes later I saw them all huddled around a computer and I was like, ‘What are you guys doing over there?’ They already had the film up. They were already watching Synergy, and they were already prepping themselves.”

For Western Washington, the Lady Vikings will counter with the scoring tandem of Emma Duff and Brooke Walling. Duff averaged 15 PPG and 9.7 RPG, while Walling averaged 15.3 PPG and 9.7 RPG in the West Regional.

Like the Lady Blazers, the Lady Vikings have also played great defense this season, giving up just 57 PPG. Additionally, Western Washington has held opponents to just 34.5% from the floor and a staggering 24% from three-point range.

Previous Tips and tricks for helping insomnia
Next No, video games do not cause violence