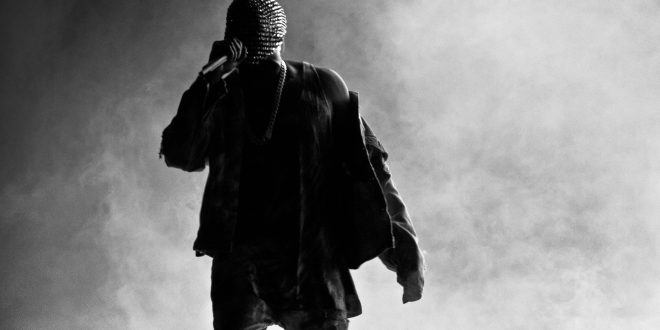 On March 3, Kanye West posted a music video for his song “Eazy,” which involves a stop-motion that seems to threatened Pete Davidson’s life.

This whole situation started in 2021 when Kanye and Kim Kardashian were filing for a divorce after they had begun raising their four children: North, Saint, Chicago, and Psalm, all less than ten years old. Now, Pete Davidson and Kim Kardashian are dating, and Kanye is not happy about it.

Since they started dating, he has been upset about the relationship and caused drama that includes threatening to beat Pete Davidson on his Instagram. There have been more threats since January that he had deleted.

Portraying burning churches, and with Kanye sitting on a casket, this stop-motion video becomes a rather disturbing one. Animated in a dismal black and white scheme, it depicts a kidnapping of a person suspected as Pete Davidson. The person is buried up to the neck in the desert while Kanye sings with a severed head in his arms.

The lyrics make multiple references to vengeance and his new girl. These lyrics might seem strange, but the constant reference suggests the divorce and the kids.

This seems to be stemming from their recent divorce where although it began generally amicable, Kanye has gone back on stating that they were going well with the proceedings. Not only has he condemned that, he attacked Kim and claimed openly that she is keeping him from seeing any of their children.

With reactions to the music video, Twitter comments and Instagram Music Video deletion, Davidson has been on record saying that he finds the entire situation hilarious. Users online who have called for the de-platforming of Kanye for having a one-sided feud.