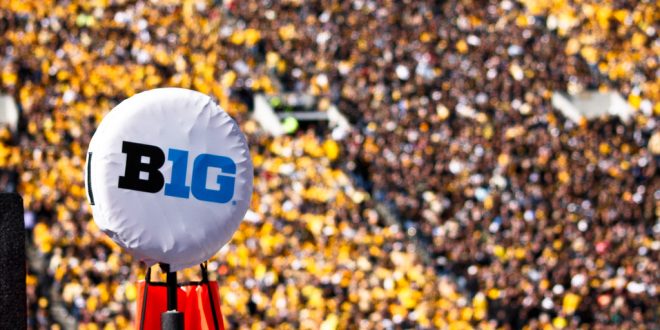 On June 30, the University of Southern California (USC) and University of California of Los Angeles (UCLA) made a seismic decision to leave behind their longtime conference, the Pac-12, for the Big Ten in 2024.

This move is easily the most surprising in the latest round of conference realignment in college athletics. However, it has since been widely seen as one with a negative impact on the future of college athletics, especially football and basketball.

Why This Move Happened

Analysts and fans alike are perplexed. Why are two schools in California joining a conference with a primarily Upper Midwest and Ohio Valley presence? The move is one that will take a much heavier toll on travel expenses for games.

The announcement also brought another question: What happened to The Alliance? In August 2021, the Atlantic Coast Conference (ACC), Pac-12 and Big Ten announced an alliance set to bring several high-profile matchups across their sponsored sports in the future. With USC and UCLA’s move to the Big Ten, that alliance is in shambles after less than one year.

While the answer is clear to see, it’s one that goes much deeper than what’s on the surface. That answer is money and power.

Now more than ever, money is the driving force of college athletics. While the Big Ten lags behind only the SEC in annual revenue, the Pac-12 has struggled to keep up with other top conferences in recent years.

Furthermore, the SEC was set to strengthen their grip on college athletics through the plucking of Texas and Oklahoma from the Big 12, a move that will be official in 2025. That move, while also heavily scrutinized, was one that also made sense due to the schools being in the SEC’s geographic footprint.

The Big Ten, while firmly intact for the foreseeable future, was unable to pursue expansion for several reasons. The domino effect resulting from the SEC’s expansion resulted in other conferences, including the Big 12 and The American Athletic Conference, fortifying to avoid defections.

That left the Pac-12. The Pac-12’s media rights contract is set to expire summer 2024, thus allowing USC and UCLA’s move to the Big Ten to transpire.

The Pac-12 had fallen behind the other major conferences in the fight for national relevance. The Pac-12 hasn’t won a national title in football since 2004 (USC, though it was later vacated) or in men’s basketball since 1997 (Arizona).

As a result, the Pac-12 also fell behind on the recruiting trail. Many of the region’s top recruits took notice of these droughts and began taking their talents elsewhere for better opportunities to play in big games and ultimately move on to the next level.

So, in fairness to USC and UCLA, their moves to the Big Ten do make some sense. The Big Ten simply has a more enticing environment that will benefit both schools in the long run.

The End of Historic Rivalries and High Stakes Matchups

Still, the move has received heavy backlash due to the fact that the schools are abandoning longtime rivalries and traditions for more money and power.

While I don’t see tradition being the most integral part of college athletics since sports have survived decades of realignment that ended rivalries, I still see why fans are upset that longtime traditions will be ruined by this move.

Take the Rose Bowl, for example. The oldest bowl game in college football has traditionally pitted the Big Ten champion against the Pac-12 champion for decades, unless those champions were competing for the national championship or —more recently— if the Rose Bowl was a host for a College Football Playoff semifinal game.

Having USC going against Ohio State in the Rose Bowl was a rare occurrence, but one that always brought with it a thrilling matchup between national powerhouses. Now, beginning in 2024, fans could get that matchup every few seasons. While it will still be a big game, it just won’t carry the same weight as it did.

Additionally, while the rivalries within the Pac-12 between USC, UCLA, and other schools within the conference can continue to be played, those games will never be the same again and likely won’t be able to happen every season.

The Rise of Superconferences

Though this has been viewed as bad for college athletics, the rise of superconferences has been feared for years. Now, it seems that fear will become reality, one that I believe will not be best for the future of college sports.

As it stands now, both the SEC and Big Ten will have 16 members by the time the 2025-2026 athletic year rolls around.

The Pac-12 is currently scrambling to pick up the pieces and expand to prevent further damage while also struggling to negotiate a new media contract without their two breadwinners. However, other conferences, most notably the Big 12, are hoping to swoop in and expand further.

On July 5, the Big 12 was reported to be in discussions to add up to six schools (Arizona, Arizona State, Colorado, Utah, Oregon and Washington) to their soon-to-be 12-team conference after already adding BYU, Cincinnati, Houston and Central Florida to the conference beginning in 2023.

While the Pac-12 could overcome the losses of USC and UCLA, losing six more schools would mean the end of the Pac-12

While this has been going on, the ACC and Pac-12 began discussing a loose partnership that could include a championship game in football between the two conferences’ champions in Las Vegas. The possibility of that championship game becoming a reality remains unknown, but it would be a move that would cause more harm than good to a sport that has historically been plagued by disputed national champions.

Even the SEC is rumored to be a destination for further expansion. Though still in the ACC, Clemson, Miami, Florida State, North Carolina, and Virginia have all been speculated —albeit with conflicting reports— as schools that could move to the SEC should they negotiate their way out of the ACC’s media contract.

These moves could be the beginning of the end of college athletics as we know it, and this potential new-look landscape will be one that will have a lasting impact on all schools across the country should more superconferences emerge.