The Valdosta State Blazers (5-4, 5-3 GCC) will conclude their 2009 football season on Saturday afternoon when they host NAIA Edward Waters at Bazemore-Hyder Stadium. Last Thursday night the Blazers racked up their fifth conference win of the season as they defeated the West Georgia Wolves in Carrolton Ga. The win gives the Blazers a winning record in conference play for the 2009 season.
With a win, on Saturday, the Blazers will record their sixth win of the season which will make 10 straight winning seasons for the Blazers. If Edward Waters pulls out an upset on Saturday, it will be the first time since 1999 that the VSU program would not have a winning record in a season.
“It’s been disappointing,” Head Coach David Dean said. “I thought we had better talent than 5-4 right now and hopefully a 6-4 team after Saturday.”
“We have overcome tremendous amounts of adversity with losing five starters on defense in the first three games. It’s been one of those years and right now we’re not mature enough to overcome those kinds of things.”
Since Saturday is the final home game for the Blazers, 20 seniors will be honored prior to the game. Some of those senior includes quarterback Kellen Lewis, who transferred in from Indiana University over the summer, receiver Cedric Jones and defensive lineman Tommie Duhart, who also transferred to VSU over the summer.
The Blazers head into their final game of the season averaging just over 405 yards of offense per game as they are led by senior Lewis. Lewis leads the team in passing and rushing yards and touchdowns scored. Lewis has thrown for 2,297 yards with 12 touchdowns while also rushing for 385 yards and eight scores.
“It (the season) went by way to fast,” said Lewis. “I could have sworn that last week was the Newberry game.”
Jones will end his storied career for the Blazers on Saturday. Earlier this year Jones  set the all-time career receptions record for the Gulf
South Conference and for VSU.

This season Jones has recorded 57 catches for 544 yards. Jones leads a deep receiving core, as seven other players have double digit catches for the Blazers this season.
“We have a lot of good football players on this team who have won a lot of football games and these guys who still have a year or more of elgibility owe it
to them (seniors) to play hard on

Saturday and to get a win,” said Dean.
Edward Waters heads into Saturday’s contest averaging just over 268 yards per game while surrendering almost 390 yards per game against NAIA opponents.
You can read post game reactions at vsuspectator.com following Saturday’s game.

Previous People Poll: Does The Spectator give sufficient news?
Next Barnas and Young reveal hate crimes in documentary 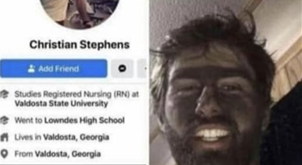 The VSU Community is upset about an offensive post made by a VSU student recently ...