The Blazers played a breathtaking double overtime game last Saturday against the ninth-ranked Alabama-Huntsville Chargers in the VSU Complex. The game resulted in an 81-77 loss in this top 25 showdown and an overall 14-4 record.

After going all the way to the Elite Eight in the Division II NCAA Tournament last season, VSU graduated seven seniors and left head coach Mike Helfer with the task of rebuilding.

Entering the 2010-2011 campaign, expectations for Blazer basketball were not nearly as high as a year ago.

“We have a lot of basketball to still be played,” VSU head coach Mike Helfer said.  “We have a lot of holes that we need to fix. If we don’t fix them, were not going to get to where we want to go.”

Helfer has been key in the equation to success this season.   His approach is simple and keeps the team confident going in to each game. The double-digit winning streak was excellent, but not really something he lingers on.

The Blazers faced a crucial test in back-to-back games over the holiday weekend against Alabama-Huntsville and Augusta State, two teams ranked in the top ten in Division II.
Huntsville wouldn’t come into this game doing what they usually do to their opponents – out score them.

Both UAH and VSU shot one for nine behind the arc in the first half keeping the score low heading into intermission at 21-19.

Despite both teams having a difficult time scoring throughout the game, VSU managed to rally and get ahead by double digits at one point. This comfortable lead unfortunately didn’t last long.

The momentum to gain the lead began with UAH continued imperfect shooting performance even after halftime. They went roughly six minutes on a scoring drought towards the beginning of the second half.

UAH unsurprisingly played like the ninth-ranked team in the country down the stretch to crawl back into the game late.

Elliott Jones, UAH guard, connected on a couple of three pointers to tie up the game with two clutch free throws near the end of regulation.

Jones committed a controversial foul to Josh Sparks with the game tied and only eight-tenths of a second left in the game, giving Sparks the chance to put the game away and seal the victory at the free-throw line.

He would miss both of his free throws, sending the game into overtime.

Poor free throw shooting was the biggest factor for the Blazers on Saturday night.

During extra play, both senior guards Kevin Harris and Jones would carry their teams with much passion, both players finishing with 21 points.

As time expired in the first overtime, Harris couldn’t convert on a game-winning attempt that had all 1,918 spectators in attendance on their feet.

In the second overtime, VSU displayed better shooting, however, so did the Chargers.

In the extra periods combined, Huntsville shot 12 for 13 from the free throw line and VSU shot 3 for 6 going only 50 percent from the charity stripe.

“They made their free throws and we got to give them the credit,” Helfer said. “That was the difference in the game.”

Next up was Augusta State, who is ranked No. 5 in the country.

ASU came out strong, creating a 21-point lead and showing signs of dominance in the first half. However, No. 24 VSU was able to bounce back, even though they were not able to pull out the victory.

Helfer believes that the two back-to-back losses did not hurt, but more helped, the squad for the long run.

“I think we were well prepared for both of them,” Helfer said. “You gotta give credit to our guys and coaches for the preparation.”

The Blazers travel to Jackson, Tenn. to take on the Lambuth Eagles on Saturday.

After cracking the Division II Top 25 for the first time this season, Helfer and company look to rebound after losing two in a row. 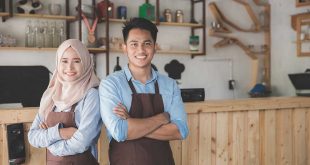 Masks and COVID vaccine completely optional for students this fall

On May 18, VSU announced that face masks and social distancing would no longer be ...