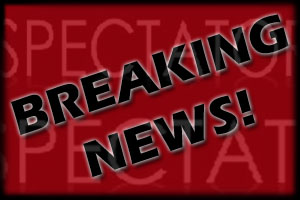 No winners announced in SGA election

The SGA Elections Board declined to name a winner for any of last week’s elections, stating issues that needed to be reviewed by the judicial and elections boards.

Winners in the races for SGA executive board positions were slated to be announced at Monday’s SGA meeting, but instead it was announced that election results must be held until certain issues could be resolved. Nobody associated with the board of elections gave any exact answers, but DeMario Jones, former SGA president, mentioned a few details during the SGA’s normal meeting on Monday night.

“What I can tell you is that the votes and the method of the election are not in question,” Jones said. “Basically, there was a decision made by the SGA in the past that wasn’t correctly followed up on, which led to this election being held under a certain standard of rules.”

No one explained exactly what these rules include. Both Jones and Amber Worthy, SGA vice president, stated that the issue cannot be discussed until election results have been released.

Jones went on to explain that once the results could be released, the elections commissioner, Erin Sylvester, could go into details as to what rules were followed that should not have been.

Though the judicial board of the SGA normally meets every Friday, Jones indicated that they could meet as early as today or Wednesday.

“Just to let you know, Erin is trying to meet with the adviser to the judicial board in the morning, and they’re going to see if it’s possible,” Jones said.

Worthy explained to the senators that this was avoidable.

While there was much about this year’s election that could not be discussed, there is one certainty. Jones stated that 9.8 percent of the student body, roughly 1,272 students, voted.

Previous Annual Ringslinger Classic is back this weekend
Next PopAddict: Osbourne clears up divorce, alcohol rumors