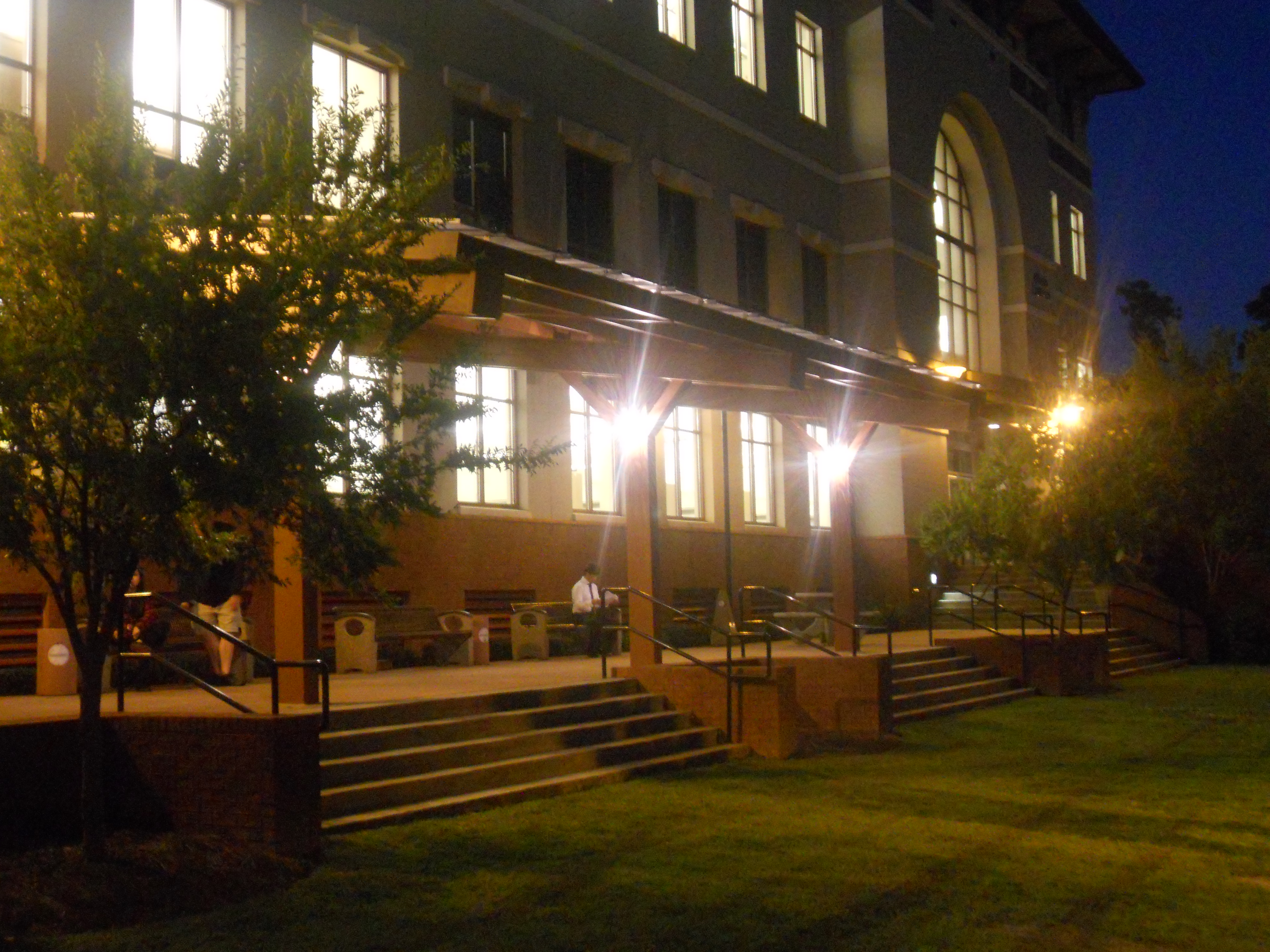 VSU is moving in a greener direction.

A solar canopy was recently built behind Odum Library.

The canopy is a 10 kilowatt solar array. The canopy produces energy that goes directly to Odum Library, and does not go to the Georgia Power grid.

Construction of the solar canopy began in September, and was finished earlier this month.

“It is exciting,” Danielle Jordan, president of Students Against Violating the Environment, said. “We cannot address climate change without decreasing our dependency on fossil fuels and solar is one way we could change that.”

The solar panels were manufactured by a company called Enphase.

Enphase is the leading micro-inverter system provider for both residential and commercial solar panels.

A solar micro-inverter is integrated into each solar panel module and converts the output into an alternating current so that multiple units may be connected in parallel connections.

The company provides a high-tech approach to the solar panels and the micro-inverter systems they produce.

Enphase’s vision is “to make solar simple and energy smart so everyone is empowered to create a zero energy footprint for themselves, their home, and their business,” according to their website.

The canopy itself was built by Hannah Solar, a solar company located in Atlanta.

With the recent addition of the solar canopy, a question arises: Will VSU have more solar panels or canopies on campus?

“I think there is a broad interest in exploring the possibilities of renewable energy,” Michael Noll, associate professor of Geography and president of Wiregrass Activists for Clean Energy, said.

The biggest contributing factor to more solar panels on campus would be how to budget the costs of the panels.

“(We) have everything in place to have more solar at VSU, I think we just have to be more courageous and embrace it,” Noll said. “That is easier said than done, you have to pay the bills still.”

“It would be beneficial, and it is the smart and responsible thing to do,” Jordan said.