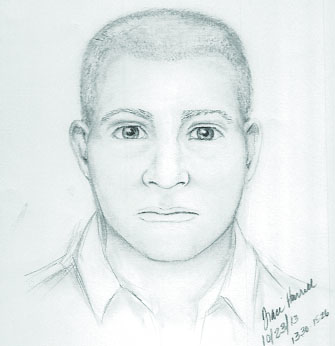 Written by Will Lewis / Illustration by VSUPD

Individuals on VSU’s campus should be on the lookout for the suspect in a sexual battery case that occurred last July.

The VSUPD have released a sketch and description of the suspect on its website.

The suspect is described as a Hispanic male, approximately 5’7” in height, with a “buzz-cut” hair style and possibly a thin mustache.

The case is being investigated by Sgt. Matt Maestas.

VSUPD. Sgt. Maestas declined to comment on the status of the case; however, the VSUPD has confirmed that the case is ongoing.

“A person commits the offense of sexual battery when he or she intentionally makes physical contact with the intimate parts of the body of another person without the consent of that person,” according to Official Code of Georgia Annotated § 16-6-22.1. (b).

The report comes as another installment in a string of violent crimes that have plagued VSU’s campus.

Antoine Bray, sophomore vocal performance major, was stabbed in October and an unnamed VSU student was abducted at gunpoint earlier the same month.