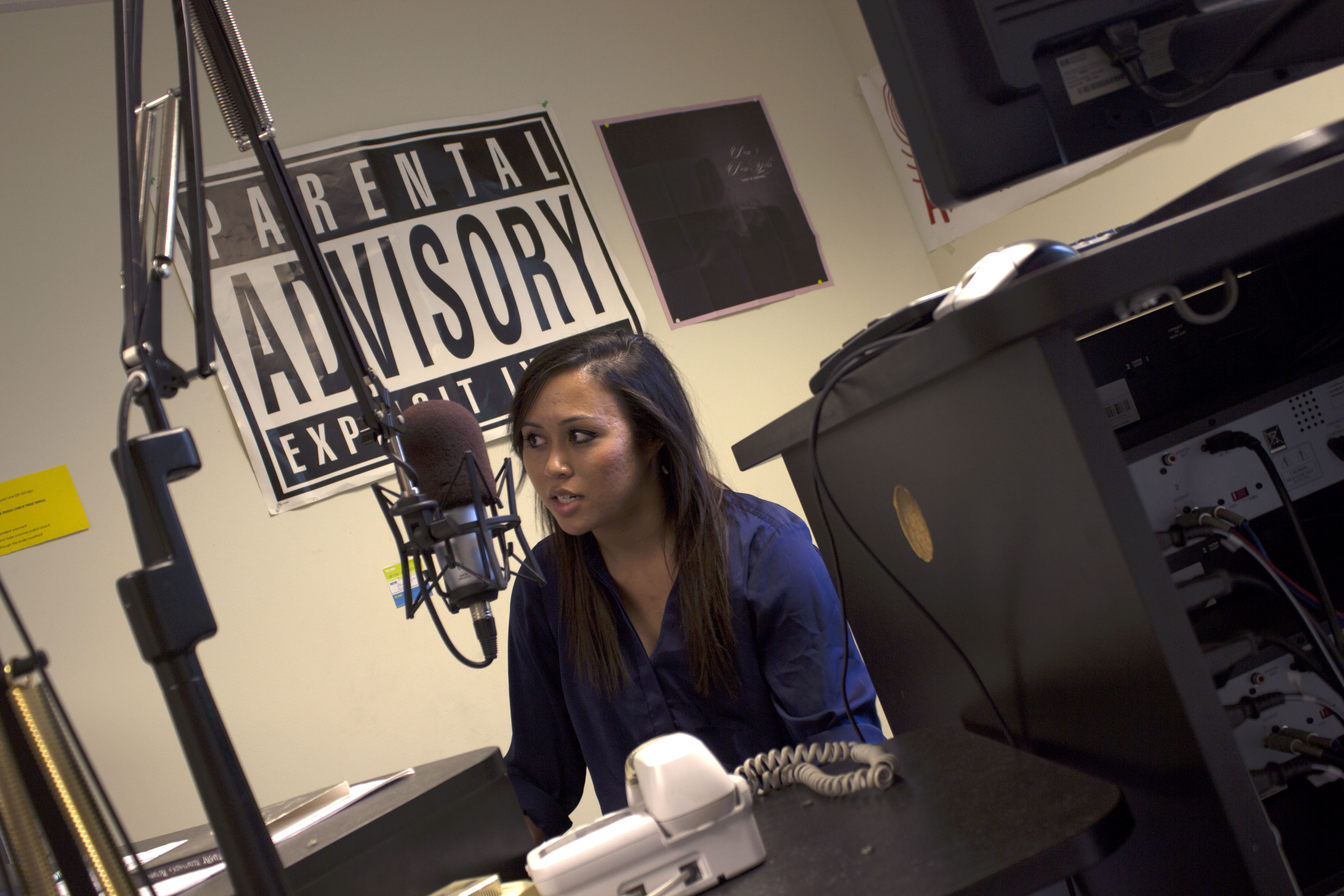 Did you know VSU has its own radio station?

Claire Contevita is the station manager of WVVS Blaze FM 90.9.

Contevita is a mass media major and has been working with Blaze FM for about two years.

Originally, Contevita was a journalism major aspiring to write for fashion magazines. After completing three semesters at VSU, her friend who was a Blaze FM DJ brought her into the station as a guest.

“After one hour I was hooked and changed my major to mass media the following week,” Contevita said.

As a mass media major, Contevita has to learn other broadcasting mediums; however, nothing speaks to her like radio.

Blaze FM has been around since the 1970s and its goal is to help student DJs learn the skills needed to help them succeed in their careers after graduation.

The station offers a variety of shows, including the Local Eclectic show that Contevita hosts on Wednesdays at 6 p.m. A full list of Blaze FM programming is available on the station’s page located at VSU’s website.

The station’s format has been alternative rock and urban music, but Contevita has made a country format that she hopes to organize soon. The station does not play mainstream music and tends to focus on local music to support the area’s artists.

One way the station supports local artists is through a music festival called Blazefest.

“(Blazefest) is our way of helping these artists get their brand out there on the music scene,” Contevita said. “Plus, music festivals are always fun.”

Contevita likes all genres of music and she loves to interview musicians.

“I get a thrill from talking to musicians and listening to what they have to say about their craft and the music that is popular today,” Contevita said.

Contevita has been interning with Black Crow Media in Valdosta. She has also been participating in radio talent competitions and attending conferences to learn from other radio personalities.

“Not many people realize that to be a radio personality, it takes talent and practice,” Contevita said. “Nobody wants to listen to a personality that sounds like they’re reading.”

Contevita said working at Blaze FM has helped her understand more about the music industry and the history of broadcast radio.

Previous VSU falls to ASU
Next Baseball to go on road, look for win