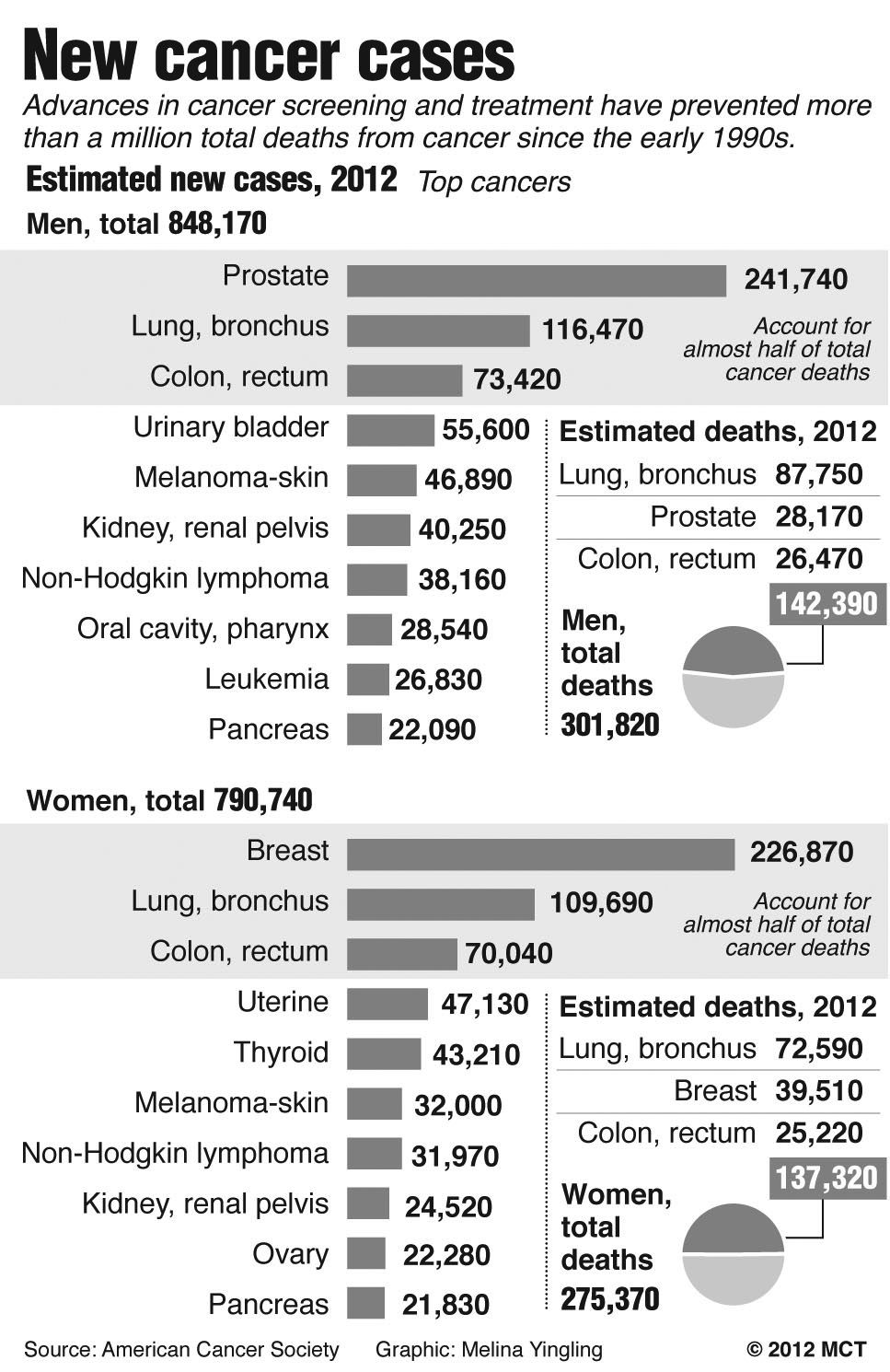 Publicize all cancers and diseases

During the month of October, all anyone sees is pink in honor of breast cancer awareness month. Why is it that we never see tons of dark blue for colon cancer, light blue for prostate cancer, yellow for bone cancer or purple for pancreatic cancer?

People do not need to acknowledge breast cancer any less. It continues to be a very serious problem, taking the lives of more than 40,000 women in America each year, according to nationalbreastcancer.org.

However, it seems as though breast cancer gets more attention and recognition than any other cancer or deadly disease. Only women are recognized for getting breast cancer while the men who get it are left in the shadows.

There are so many other illnesses that claim the lives of both men and women but get no kind of attention. Heart disease, for instance, kills more than 600,000 men and women each year. It is also the leading cause of death in both men and women, according to the Centers for Disease Control and Prevention.

When is heart disease awareness month? What color represents heart disease or any other disease or cancer for that matter? Believe it or not, there’s a color, a month or a day of awareness for most diseases or cancers. The only problem is that breast cancer awareness gets so much attention that it overshadows all the rest.

Heart disease is focused on during the month of February and is represented by the color red and a heart symbol. What else takes place in February that involves red hearts? Valentine’s Day. So in reality, heart disease still doesn’t get a lot of attention.

What about the other disease awareness in the month of October? October is also AIDS awareness month, Down Syndrome awareness month and liver cancer awareness month. Most people probably don’t know this because the only disease that gets the attention is breast cancer. Do NFL players ever wear green during their games in October for liver cancer? No—just pink.

November is the awareness month for numerous diseases including diabetes, lung cancer, Alzheimer’s and pancreatic cancer. Of course, there is “No Shave November” in honor of the cancer patients who lose their hair, but it doesn’t spotlight any particular cancer that tries to raise awareness in November.

Breast cancer is unarguably a huge issue in the nation and affects many men and women. However, victims of breast cancer aren’t the only ones battling life-threatening diseases. It’s not fair for one disease’s awareness to overshadow the others as if they don’t matter, as if those suffering from other diseases don’t suffer just as much.

Since there are awareness months for all types of diseases, they need to be publicized more so that people can be aware of the available fundraisers to improve everyone’s health.