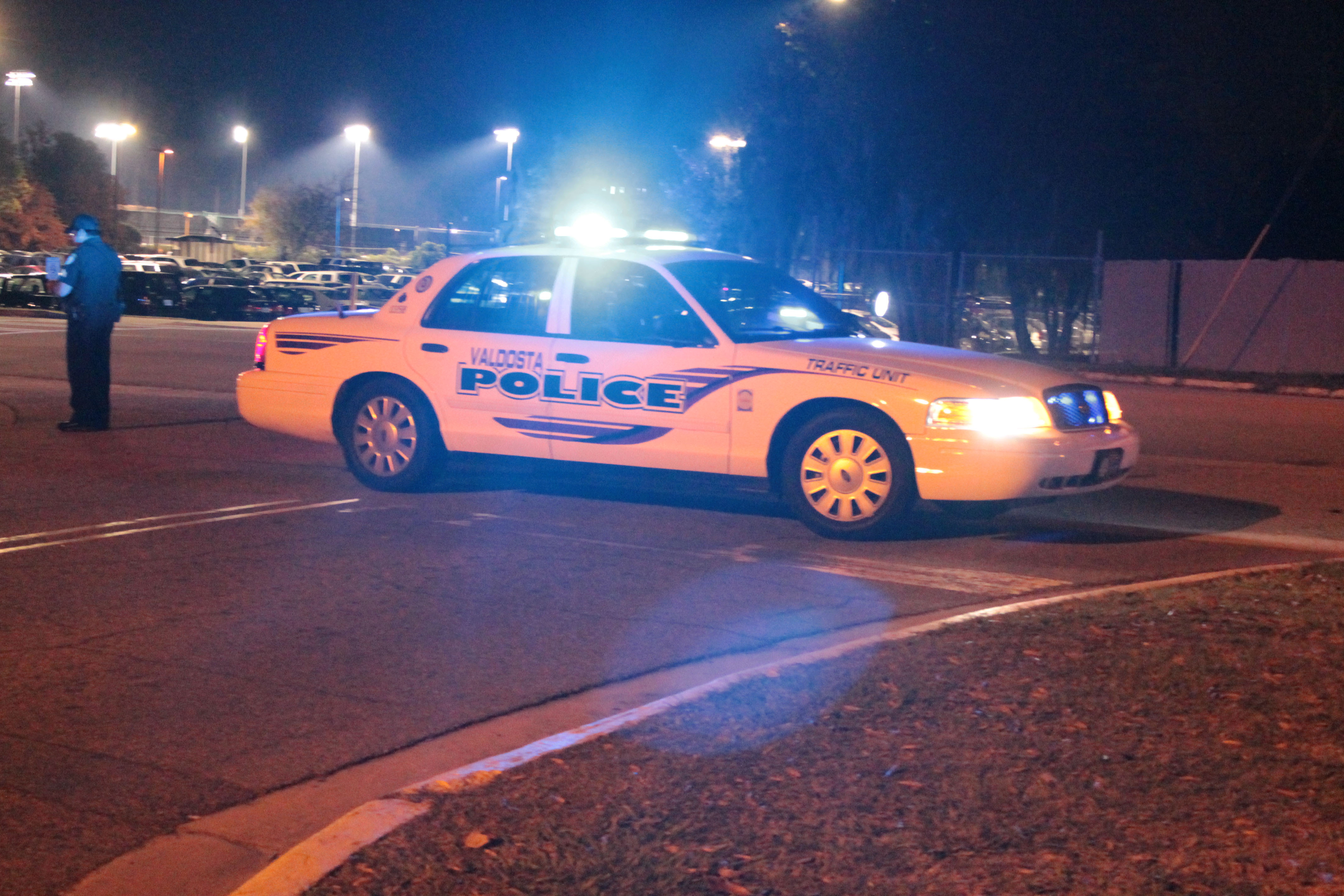 A Valdosta City Police car blocks off the road near the scene where a VSU student was hit by car. The student is a former Lady Blazer basketball player.

This story was written by Alex Tostado.

A current Valdosta State student was struck by a car on Monday night around 6:30 p.m. at the crosswalk on Sustella Ave. by the Student Rec Center.

The student is a former basketball player for the Lady Blazers but her identity has not been released.

The student was taken on a stretcher to the hospital.

The car was a white Chevrolet Impala.

VSUPD had the street blocked off by patrol cars. Buses and other traffic were re-routed away from the scene. Pedestrians were still able to cross Sustella Ave.

The driver remained at the scene and it was not a hit and run.

VSUPD is handing over the investigation to the Valdosta Police Department since the incident occurred on a city street.

Previous University uses infomercials to get kids to graduate on time
Next Democrats, analysts see opening for minimum wage vote in 2015