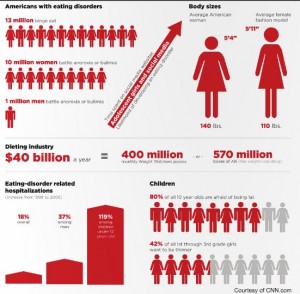 A recent campus event brought to light a widespread but rarely talked about problem among college students—eating disorders.

A seminar on eating disorders was held Feb. 20 in the Student Union, and the keynote speaker, Marissa McNamara, spoke about everything from myths to statistics to treatments.

According to McNamara, 25 percent of college women binge.

“Binge eating is a specific type of eating disorder that causes the person to eat more than normal in an uncontrollable way,” McNamara said.

About half of women and one-third of men use unhealthy means to lose weight in college.

It is not always obvious that someone has an eating disorder. Symptoms include isolation, excessive exercising, chronic mood swings, gaining or losing noticeable amounts of weight at one time, and obsession with weight and food.

Sometimes a person’s temperament, such as OCD or emotional instability, is the responsible factor. Social expectations also play a large role in causing disorders because people who suffer from them generally compare themselves to other people.

McNamara said common myths that go along with eating disorders consist of thinking the person has to be underweight (binge eating can cause weight gain), thinking only certain people develop a disorder, believing that disorders are not dangerous (approximately 20 percent of people with anorexia die), believing that disorders are not an illness, and thinking that having a disorder is a choice (it is actually an addiction and coping mechanism).

Although dieting is not an eating disorder, it can be a catalyst.
Thirty-five percent of dieters progress to pathological dieters, and 20-25 percent of dieting leads to a disorder.
McNamara said remission is possible for people who suffer from a disorder. Therapy can help the person work through this problem.
Friends and family can also play a vital role in recovery.

When confronting someone with a disorder, it is important to focus on his or her health and not his or her weight, according to McNamara.
Commenting on their appearance will only cause them to worry more about their size. Friends and family should talk to the person calmly and privately, and not argue or express disappointment.

Previous Horoscopes: Daily Forecast
Next Why are paper cuts such a bother? 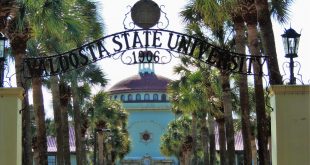 People Poll: How Do You Feel About the “Don’t Say Gay” Bill, and Do You Think Georgia Will Adopt This Bill?

Jonathan Pelham, sophomore psychology major “I disapprove because it takes away the origins of life. ...