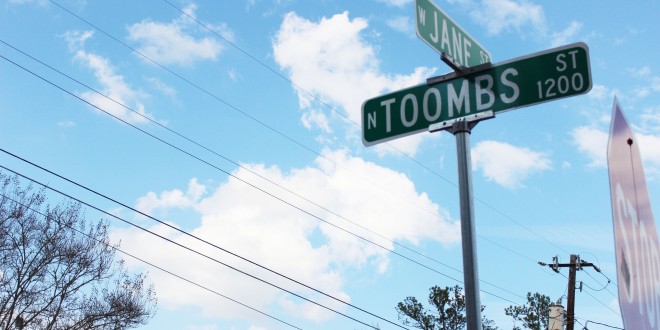 The VSU student who was arrested on Tuesday for falsifying a robbery report has hired a lawyer and hopes to prevent any further action from being taken against him against him.

Matthew Tito, 21, of Snellville, Georgia, was determined by the VSU Police Department to have called in a false report and is in Lowndes County Jail as of Tuesday morning.

Dr. William J. McKinney sent out on an e-mail on Tuesday morning thanking police officers for their “diligent” work and stating that a thorough investigation revealed Monday’s report to be false.

Tito was later determined to have called in the false report.

Tito said he was unsure of actions being taken by the school, so he did not wish to give any reason for VSU to expel him.

“I cannot comment at this time,” Tito, senior theater major, said. “I have been advised by my lawyer to not speak on the matter until things are resolved.”

VSU police originally sent out an e-mail on Monday afternoon reporting an armed robbery at the intersection of Brookwood Drive and Toombs Street. The initial call revealed the incident to be an armed robbery but was later amended to be an unarmed incident.

In the initial email, the suspect was described as a black male, who was approximately 6’2”, 200 pounds, and was wearing dark gym shorts and a yellow shirt.

Police have not yet said whether any incident took place or how it was determined to be a false report.

A friend of Tito’s said that that charges against Tito were out of character and that Tito would never make up something to get in trouble this far into his collegiate career.

“I don’t think Matthew would lie to the police about a mugging that didn’t happen,” Dennis May, a former VSU student, said. “If he says it happened, then I believe him.”

The new report has continued discussion amongst students regarding campus safety.

“There has been a lot of robberies recently, so I would say I feel safe but, at the same time, not safe because people are getting robbed in daylight now, not just at night,” Jasmine Reid, sophomore healthcare administration major, said. “I feel safer when I see the cops on campus, instead of trolling around, giving people tickets.”

“Personally, I feel kind of safe for myself, but as for other people, I don’t feel like they’re very safe, especially girls,” Westberry said. “I don’t know why anybody would fake an armed robbery, but I guess they did.”