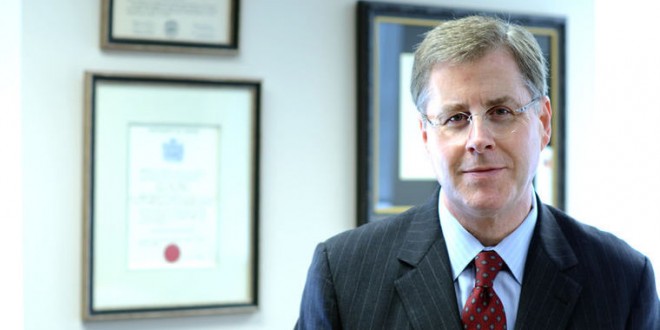 A week after the surprise resignation of Dr. William McKinney, the Board of Regents has tapped a five-term Republican Georgia senator to take over the helm of VSU for the foreseeable future.

“Cecil has an extensive academic background in higher education combined with solid experience in leading a business operation that makes him uniquely qualified to provide leadership at Valdosta State during this important period,” Huckaby said in the press release.

A graduate of Oxford, Dr. Staton currently serves as the vice chancellor for extended education for the USG.

Despite the announcement, Dr. Staton said he did not wish to discuss his interim position just yet.

“This is hot off the press, and before I could start doing media things, I’m going to have to get through a few meetings and make sure I’ve got my ducks in a row,” Dr. Staton said.

According to Huckabee, there is no set time period for selecting a permanent president.

However, the appointment does put a twist on a tumultuous period at VSU where controversy has swirled.

In a letter sent out last Thursday afternoon announcing his resignation, Dr. McKinney did not give reasons for his departure, but chose instead to focus on the improvements that were made at VSU during his time as president.

“By every reasonable metric, Valdosta State is a university on the rise,” Dr. McKinney said in the letter. “Together we have set a course for VSU that, in many ways, helps to secure its future.”

A series of disputes during the course of this school year led to the faculty senate discussing a no-confidence vote on Dr. McKinney shortly before his resignation.

“While the recent report of the faculty senate executive committee highlighted a number of issues we have to address at VSU, I was not expecting this,” Dr. Noll said

The new interim president has many years of experience in higher education.

Dr. Staton has held the positions of associate provost, associate professor and university publisher at Mercer University in Macon.

Prior to his work at Mercer, he was an assistant professor at Brewton-Parker College in Mount Vernon, Georgia. Dr. Staton also founded and leads three communication companies.