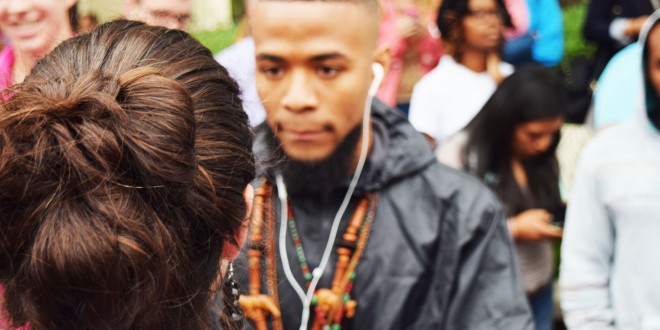 Eric Sheppard was arrested Thursday morning in Tampa, Florida. After being arrested, Sheppard was taken to the Hillsborough County Jail. He will remain there until he can be brought back to Lowndes County.

Authorities have been searching for Eric Sheppard since April 22, after he allegedly brought a handgun onto Valdosta State’s campus.

Throughout the search, Lowndes County Sheriff’s Office received assistance in looking for Sheppard from the United States Marshalls and the Florida Regional Fugitive Task Force, according to the Valdosta Daily Times.

Sheppard first gained public recognition after he organized a protest where he and a few others walked on the American flag and other symbolic objects to protest race issues in America.

More controversy surrounding Sheppard emerged this past weekend when he issued a video statement and a memorandum to the Valdosta Daily Times, making threats to Lowndes High School’s graduation attendants and other Lowndes County figureheads. Saturday would have been the graduation day of Kendrick Johnson, a Lowndes High student who passed away in January 2013. Sheppard referenced Johnson’s death in his video statement and memorandum.

Sheppard will be brought back to Lowndes County regarding the warrant issued for his arrest sometime in the near future.

More information about the arrest of Sheppard can be found by calling the Lowndes County Sherriff’s Office (229)-671-2950 or at www.lowndessherrif.com