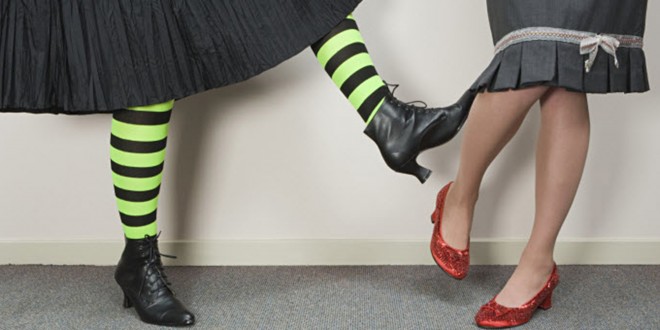 Want to show some Halloween spirit at work? (Handout/TNS)

Halloween in the recent years have taken on a life of its own. Apparently there cannot be Halloween without the racist, stereotypical costumes.  There seems to be no regard for race, stereotypes, and professionalism when it comes to Halloween. One of the biggest problems with Halloween costumes in this day and age is the unconscious racism, classism, and sexism.

The clever concepts that people come up with for costumes may be brilliant but the execution may be lacking.

At Chestnut Grove Elementary School in Alabama, a teacher joined the many others who have been unconsciously racist. The teacher came to school wearing a red hat, gold chain, shutter shades and a sign that said “Kanye for Prez 2020.”

If it wasn’t apparent before the teacher dressed up as Kanye West. To really accentuate his costume, the teacher smeared black paint on his face.

Even though his actions were not malicious and not intended to offend anyone, it did. But the “blackface” isn’t the only type of unconscious racist costume.

Halloween costumes that depict offensive stereotypes of the Native American, Indian, Hispanic cultures and many others.

Some of the offensive costumes include making fun of the LGBTQ community, mental disorders, eating disorders, and objectifying professional careers.

Ohio University has started a campaign to try to end the reproduction of these offensive costumes. The organization is called Students Teaching About Racism in Society or STARS.

According to Ohio University’s STARS website, the STARS purpose is “to facilitate discussion about diversity and all isms (sexism, classism, heterosexism, ethnocentrism etc.) with an emphasis on racial issues.”

Ohio University is not the only school to take an interest in offensive Halloween Costumes. VSU is also taking a stand against these costumes as well.

Recently, VSU sent an email to students who live on campus about wearing harmful costumes.

“Harmful costumes connect to and reinforce oppressions such as racism, sexism, and classism, as well as promoting prejudice and fears such as homophobia and xenophobia,” said VSU’s Housing and Resident Life. “It is essential that we all communicate that we are a part of a campus that cares about everyone, and respects the cultural and individual diversity that is present in our community.”

There are many ways to have Halloween costumes without the overt racism and sexism.

Halloween shouldn’t be the only time we show an interest in culture; just be sure to have respect for that diversity.

Fight to the finish: how to survive finals week

Planet earth is on fire, literally

To honor the ethical culture and celebrate the hard work of faculty, staff and students, ...