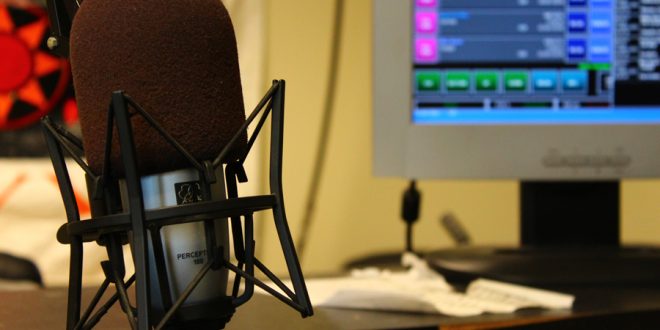 What in the world ever happened to WVVS Blaze FM 90.9?

Blaze FM was an on campus radio station, controlled by students. The station became defunct due to there being no students to take it over.

After three years, VSU’s then president, Dr. Cecil Staton, turned the station over to Georgia Public Broadcasting, after creating a contract with them in 2016.

GPB was supposed to have a different program from what is being played today.

“We would take GPB’s talk show radio and they wanted us to follow their programming from six in the morning to eight at night,” stated Assistant to the President Phil Allen. “Now all they play is a mix of 80s music.”

Allen said after programming is over at 8 p.m. there is nothing that plays. According to Vice President, Dr. Vincent Miller Allen was in talks with the dean of the College of the Arts to create an academic program for mass communication students, but there has not been anything set in stone yet.

Allen said that there has been talk of using it for a mass communication program, but professor and journalism adviser Dr. Patricia Miller, proposed to stream it through the Spectator app. Allen commented on both, saying “It’s all up in the air.”

In the case of possible student use of the station, Allen said: “If you’re interested, write a proposal. Tell me what you’d do. We’ll look at the cost. It’s about $1000 a month for power. You’d have to have replacement costs built into the business plan. You’d have to have salaries you’re paying people for their time on the air; music licensing too.

“The way he is, he’s very open and he’d probably would tell me ‘Get back with that student’ and we’ll set up a meeting where students can come over and pitch it. It would be like: ‘Here’s our vision. What do you think?’” said Allen. “I think that would be great.”

He also stated that while new president Dr. Richard Carvajal, has not set a place for the radio station in his vision, he is very open to ideas like this. “

“To be honest I don’t think it [the station] needs to live in the office of the station, so one of the things I’m going to work to do between now and July is find it a permanent home,” said Allen.

Allen’s office currently resides in the office of the President and is always open to schedule an appointment. The station could turn out to be a great outlet for the student’s voice.