Home / Entertainment / The truth about ‘Zootopia’ is out of the cage 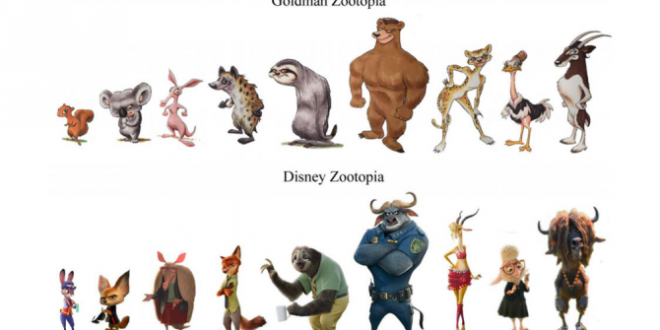 The truth about ‘Zootopia’ is out of the cage

With the release of the remake of “Beauty and the Beast,” Disney continues to reuse property from the past that receives little recognition for their creator. On March 21, screenwriter Gary Goldman filed a federal lawsuit against Disney for plagiarizing his idea for their film “Zootopia.”

A veteran in the film business, Goldman wrote screenplays for “Total Recall,” “Big Trouble in Little China,” and “Next.” According to Variety, “Goldman charged the company of stealing character designs, themes, dialogues and the title ‘Zootopia’ from a project he developed in 2000.”

In the lawsuit, his accusations included Disney having a long history of stealing ideas, with “Zootopia” being the most recent example, and creating a culture that encourages stealing the ideas of others.

In August of 2009, he wrote a live-action film treatment called “Looney,” which was the first movie in a planned “Zootopia” franchise, involved a cartoon animal world that reflected human society through classes and power structures.

Similarities between the Disney version and Goldman version of “Zootopia” include Goldman’s version having an optimistic squirrel named Mimi and Disney with the bunny character of Judy, and the themes of chasing your dreams and fighting stereotypes are evident in both versions. Goldman also said the plot is the exact: the protagonist pursues a career without the support of her parent, using intelligence and dedication to take on the big city, and then overcoming prejudice in the end.

A Disney spokesman rejected the claim due to “false allegations” and called Goldman’s lawsuit an “unprincipled attempt to claim success for a successful film he didn’t create.”