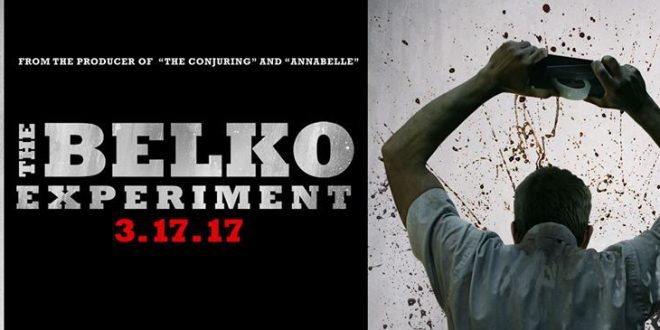 The movie “The Belko Experiment” is a sadistic social study that reveals the dark side of a regular office job. It’s kill or be killed.

Eighty American Belko Enterprise employees are trapped inside of their corporate office in Bogota, Colombia. An unknown voice echoes from the intercom system, ordering employees to engage in a murderous game. The employees’ instincts are to assume the intercom voice is joking, as they continue on with their duties.

But the mood instantly switches when all windows and doors in the high-rise office are blocked by metal shutters. That’s when every employee realizes they’re really trapped and in danger.

Mike Milch, the humanity hero, and Tony Goldwyn, the self-centered CEO, battle over what they believe is the right choice. Milch wants everyone to think rationally and outsmart the intercom voice, but little does he know, it will be impossible to save everyone.

The plot thickens after the employees fail to complete the first round of executions. The intercom voice returns and then detonates microchip bombs implanted in the employees’ necks.

The game quickly turns into survival of the fittest.

After realizing this is no game, Goldwyn doesn’t think twice about sacrificing the lives of some of his bottom-level employees, as he recruits the company’s dominant males and begins to prey on employees.

Milch and a few others disagree with their boss’s ethics and decision-making.

This dark, twisted movie plays on self-interest, showing a bloody, displeasing experiment of innocent people begging for their lives right before being killed or having their brains splattered everywhere.