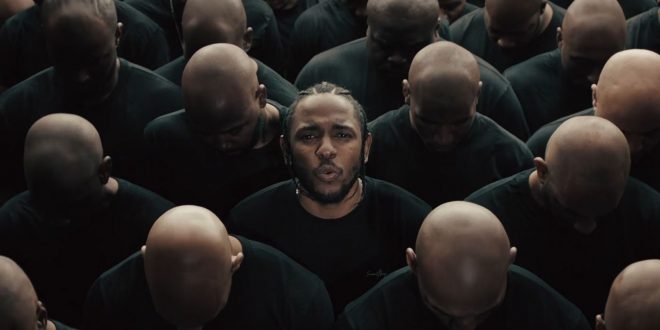 Compton native Kendrick Lamar hopes to catch lightning in a bottle for his fourth studio album.

Kendrick Lamar Duckworth, stage name “Kendrick Lamar,” is gearing to release his tight-lipped fourth studio album from Interscope and Top Dawg Entertainment this Friday. Lamar has been very cryptic regarding the nature of the album and what theme it wishes to present, considering previous efforts such as “Good Kid, M.A.A.D City” and “To Pimp A Butterfly,” which were both delivered with theatric precision.

Recently, Lamar has continued long-term collaborations with producers such as Digiphonics and Thundercat, to engineers such as MixedbyAli to give his perspective on topics revolving around self-evaluation, political affairs, misogyny and other invasive subjects that rarely are discussed.

However with Lamar’s recent release, “Humble,” his production team shares a piano chorus similar to Jimmy Wopo’s “Elm Street,” transmuting trap influenced keys into a record that presents itself as highly braggadocios and personal, with an underlying theme promoting humility and naturalness.

The video for “Humble,” takes the ideas embedded from the song and visually expresses Lamar as a leader within his environment using color palettes, camera angles and symmetry to draw the viewer in. This is drastically different from the TDE artist’s last video, “God is Gangsta,” where Lamar is seen fighting inner vices and being baptized by a Christ-like figure.

While interviewing with T Magazine, Kendrick Lamar spoke on how his upcoming album is influenced by the exclusion of God within today’s life. Lamar continued by stating the album is “very urgent” for today’s times and compared it to the relationship between a father and daughter, which may be a hint at the album’s main theme from the Grammy award winning artist.

If “To Pimp a Butterfly” and “Humble” are any indication of quality for Kendrick Lamar’s next album, then Lamar may flip the hip-hop industry on its head with his newest installment.

Previous California waiter or U.S. Border security?
Next Next Post