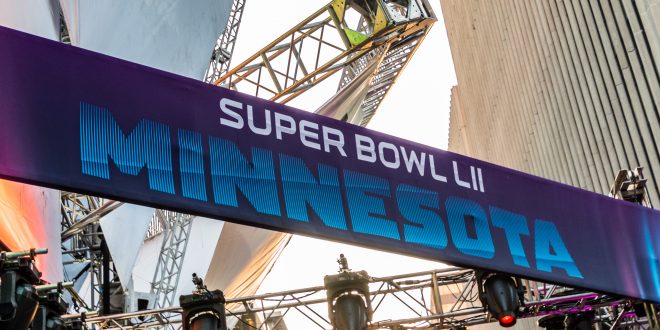 A banner for the 2018 Super Bowl 52 (Super Bowl LII) on Nicollet Mall in downtown Minneapolis, Minnesota.

Justin Timberlake took the stage at the 52nd Annual Super Bowl to perform some throwback jams and some of his new hits, but a lot of people did not enjoy his performance as much as past performances. JT is a stellar performer and at one of the biggest concert events of the year, a lot of people expected him to show out. It did not seem like his performance was all that great.

In previous years, the audience had performers like Prince, Michael Jackson, Madonna, Katy Perry—the list can go on, but JT’s performance did not make the top rankings on websites like Vulture.com.

People expect craziness from a super bowl, like Lady Gaga jumping off a ledge to begin her performance and Katy Perry’s dancing sharks. It looked like the highlight of his performance was the teenage boy on his phone while Timberlake was preforming directly next to him.

Timberlake also did not do as much singing as people imagined he would do and did a lot more dancing.

The highest production thing we got from JT’s performance was a projection of Prince singing over a sheet. A nice gesture by Justin, considering Minnesota is Prince’s home state, but Beyoncé’s Destiny’s Child homage shot Kelly and Michelle upward to sing Single Ladies. Justin’s performance felt like a normal performance and not the halftime shows we normally receive. Justin just did not do it for his audience, he switched from dancing to singing, running to walking and his occasional sit.

JT is a crowd favorite normally, but that performance was just plain boring.

Watchers expected a lot more from Justine Timberlake, and did not received what we, as watchers, wanted to see.

Previous Meet our new marketing manager: Azhia Smothers
Next Kuhns is in for the long haul