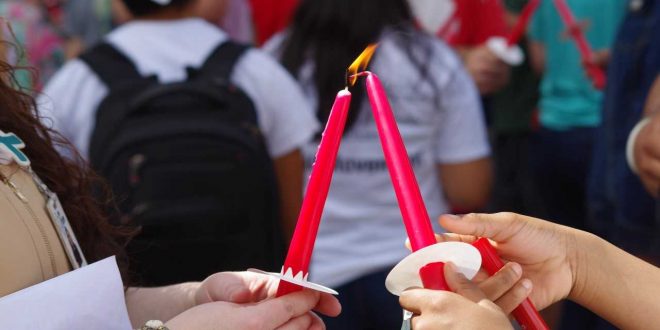 Students touch candles as they take part in the End It Movement's candle-lit vigil.

The End It Movement is an anti-sex slavery movement where people pledge to be advocates, raise awareness and help fight against sex trafficking.

During the ceremony, students, faculty and staff all gathered for stories, a candle vigil, prayer and words from Taylor O’Neal, a sexual assault advocate from The Haven.

“We had five cases last year, which doesn’t seem like a lot but it is,” O’Neal said. “These women and children do not see themselves as victims. They often think their trafficker is also their boyfriend, friend or their provider.”

O’Neal also shared how VSU students, as well as Valdosta and Lowndes county, can be aware of these events and hopefully not be found in a sex trafficking situation.

“College kids get trapped into it when they are promised modeling careers,” O’Neal said. “It goes from a modeling shoot to you get beat for not having sex with somebody. Then, if you do not want to starve, you have sex with someone. Also, just know sex trafficking happens in general because a lot of people don’t. We are in the route that goes from Atlanta to Florida, so people stop here. That is how we find these victims.” 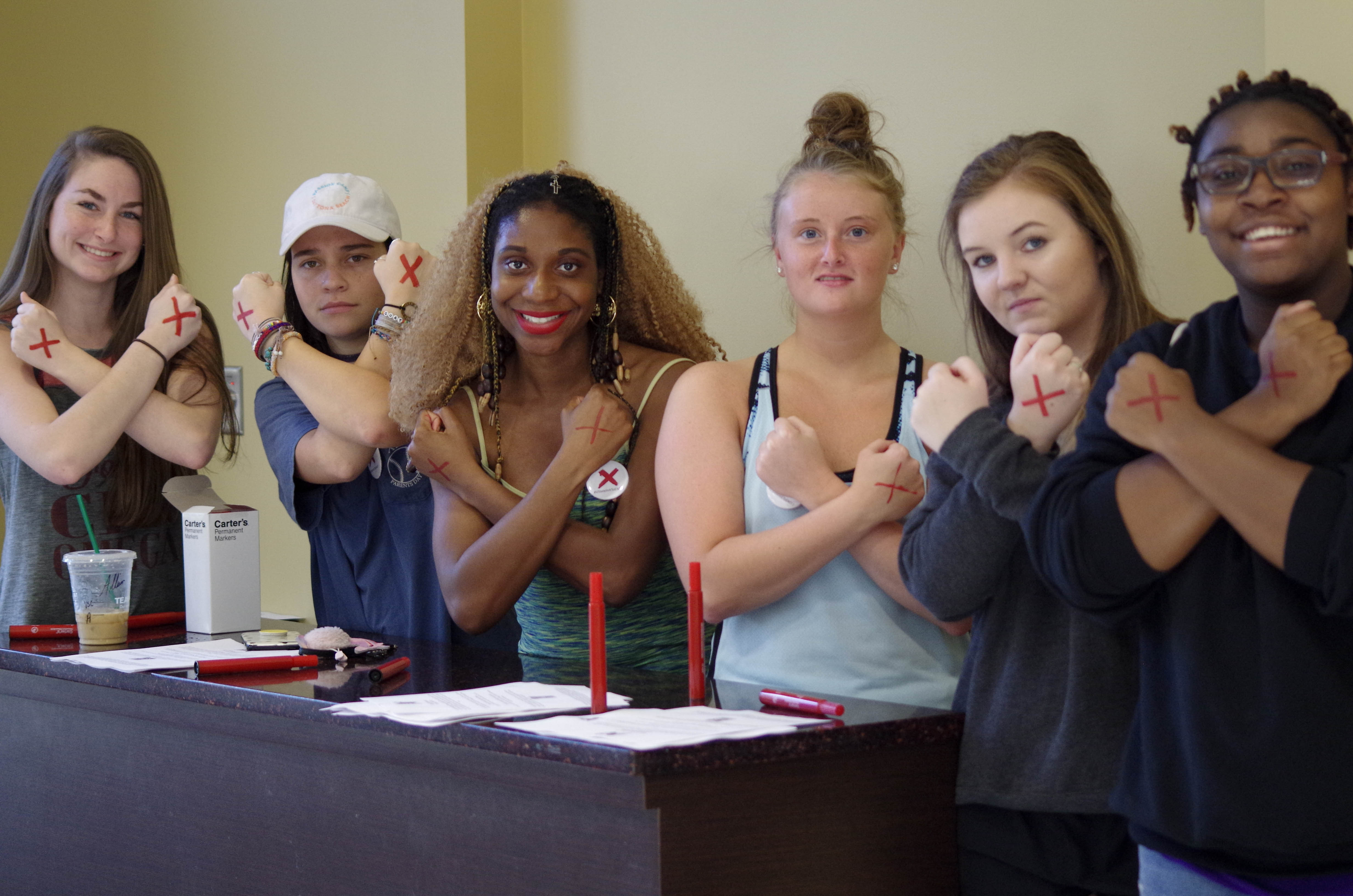 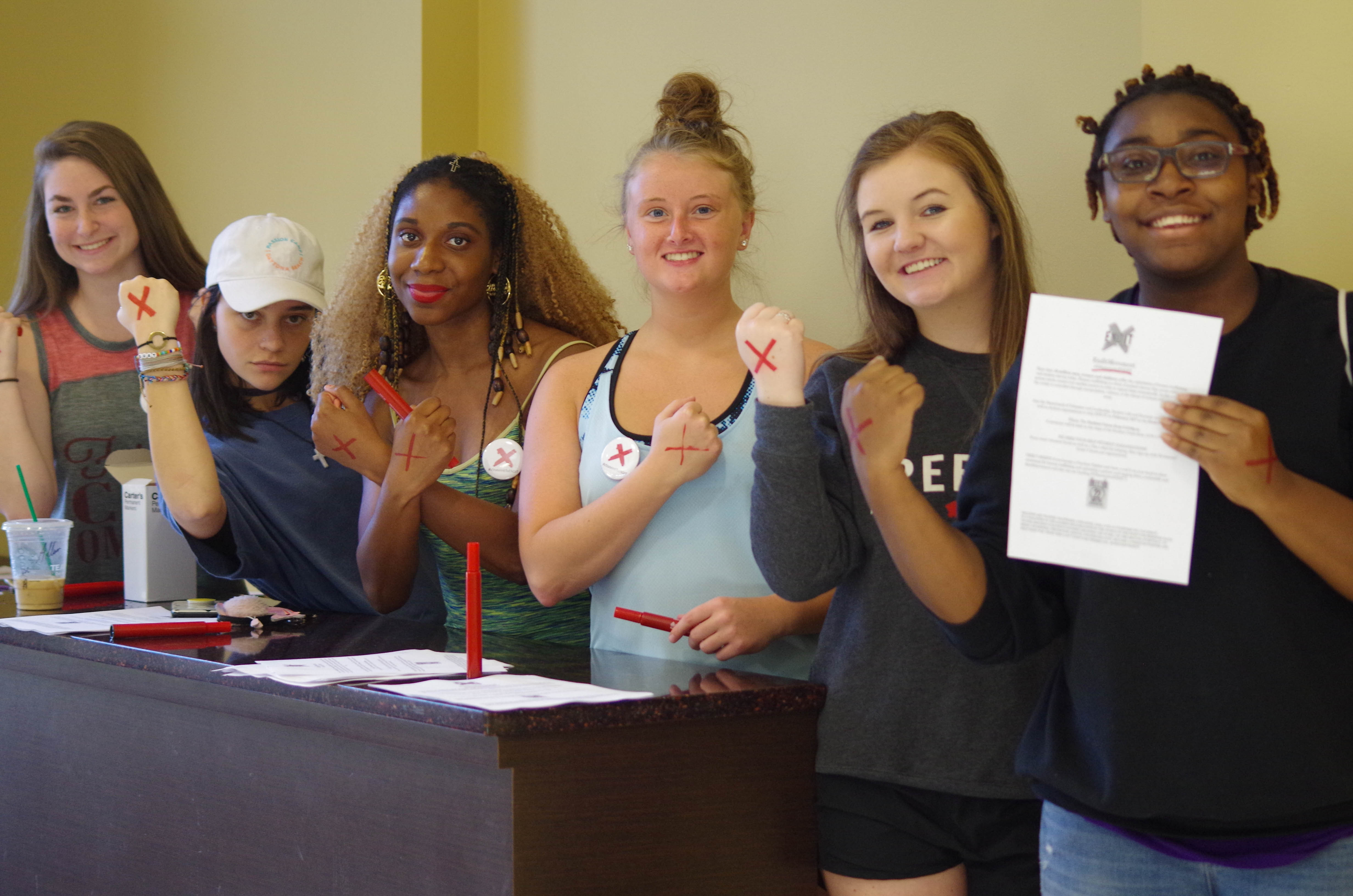 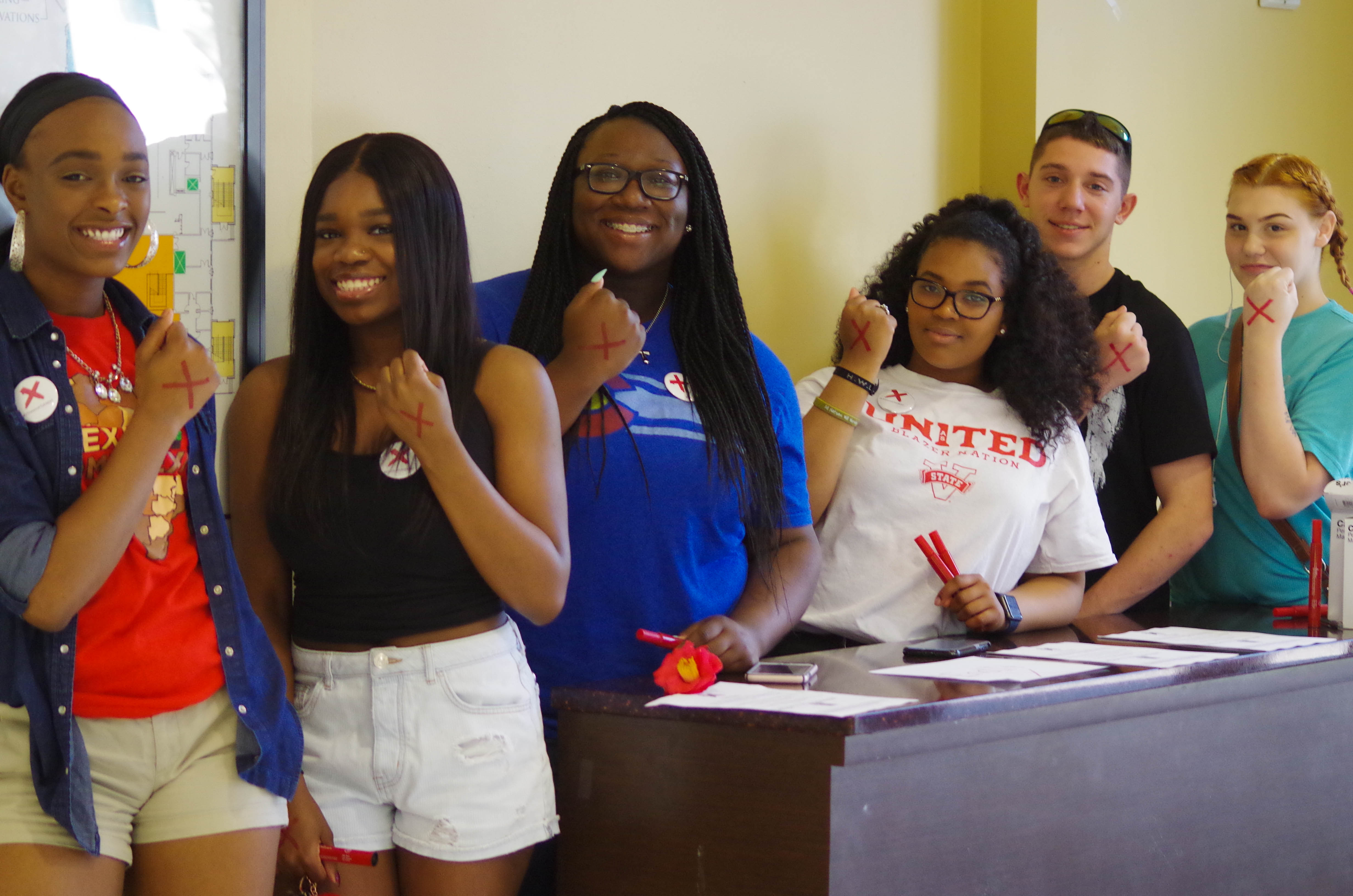 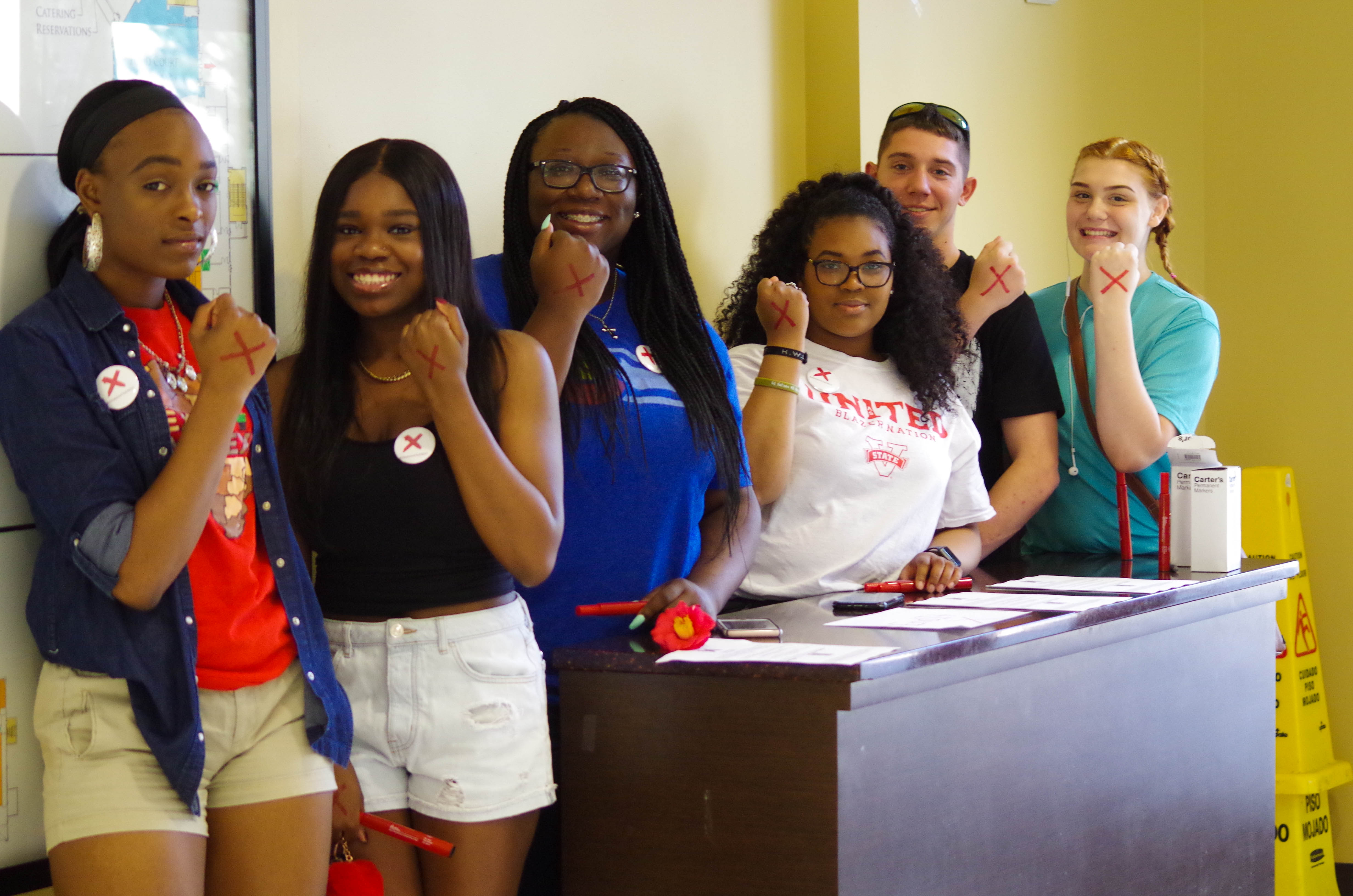 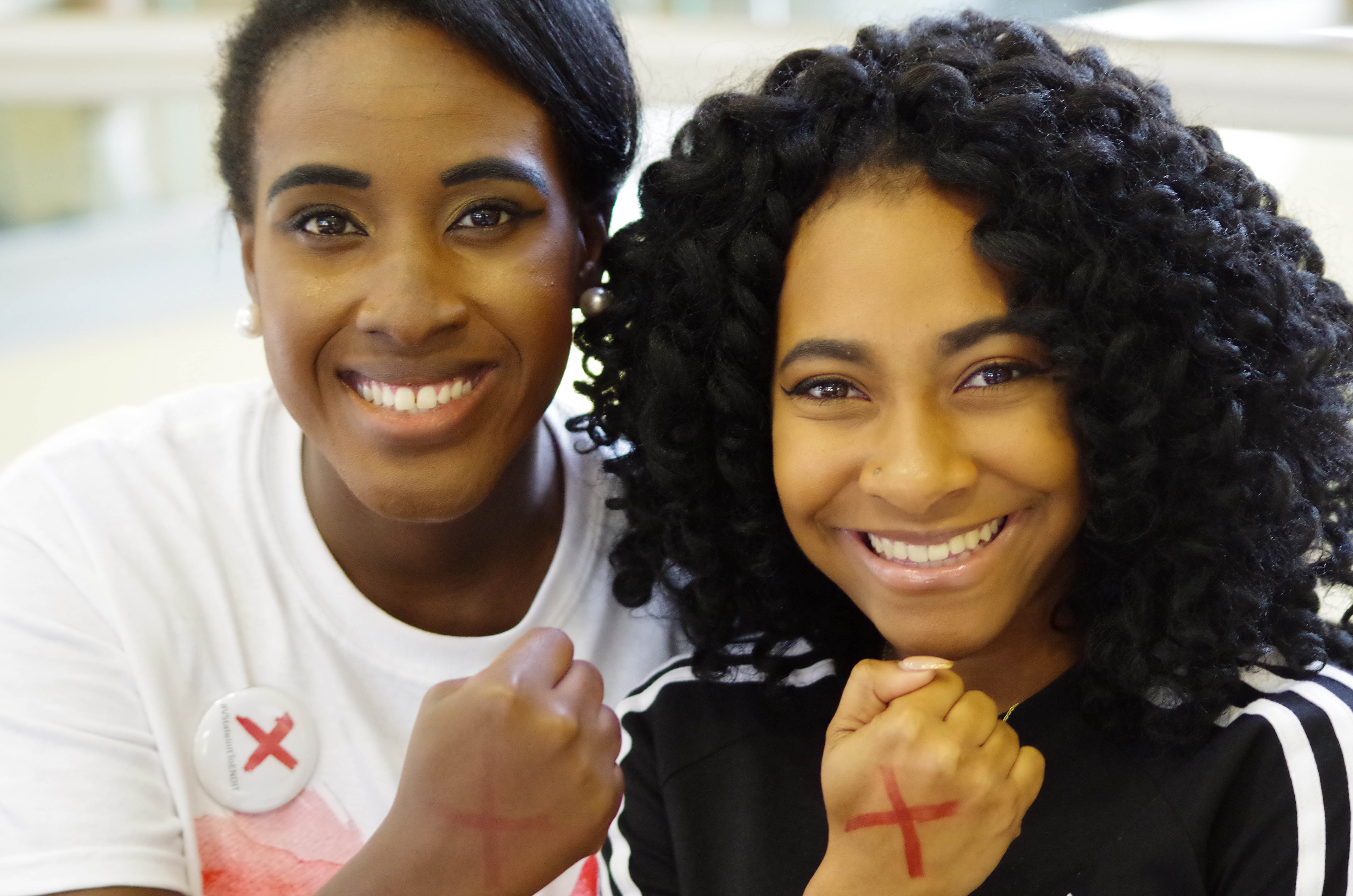 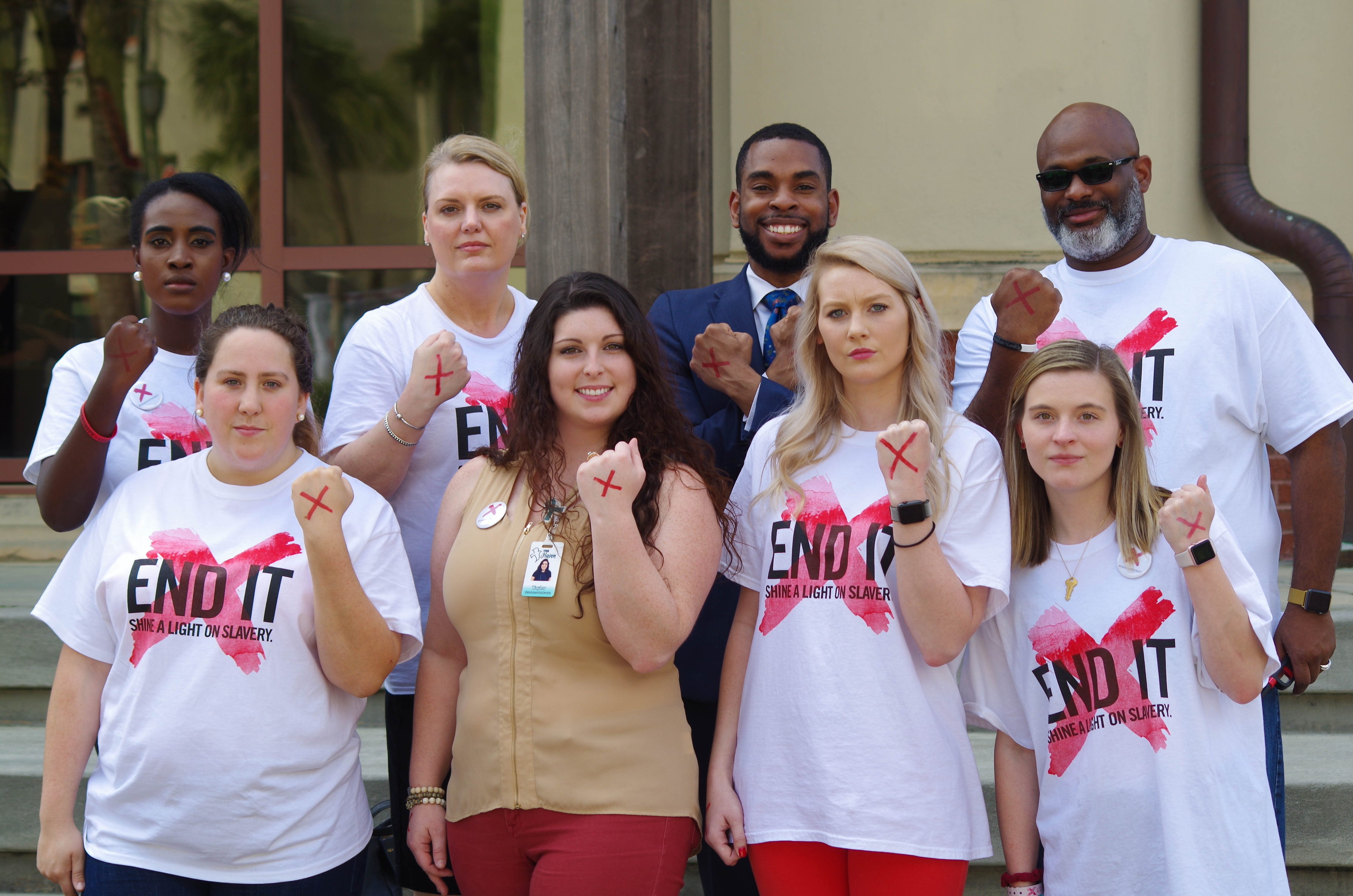 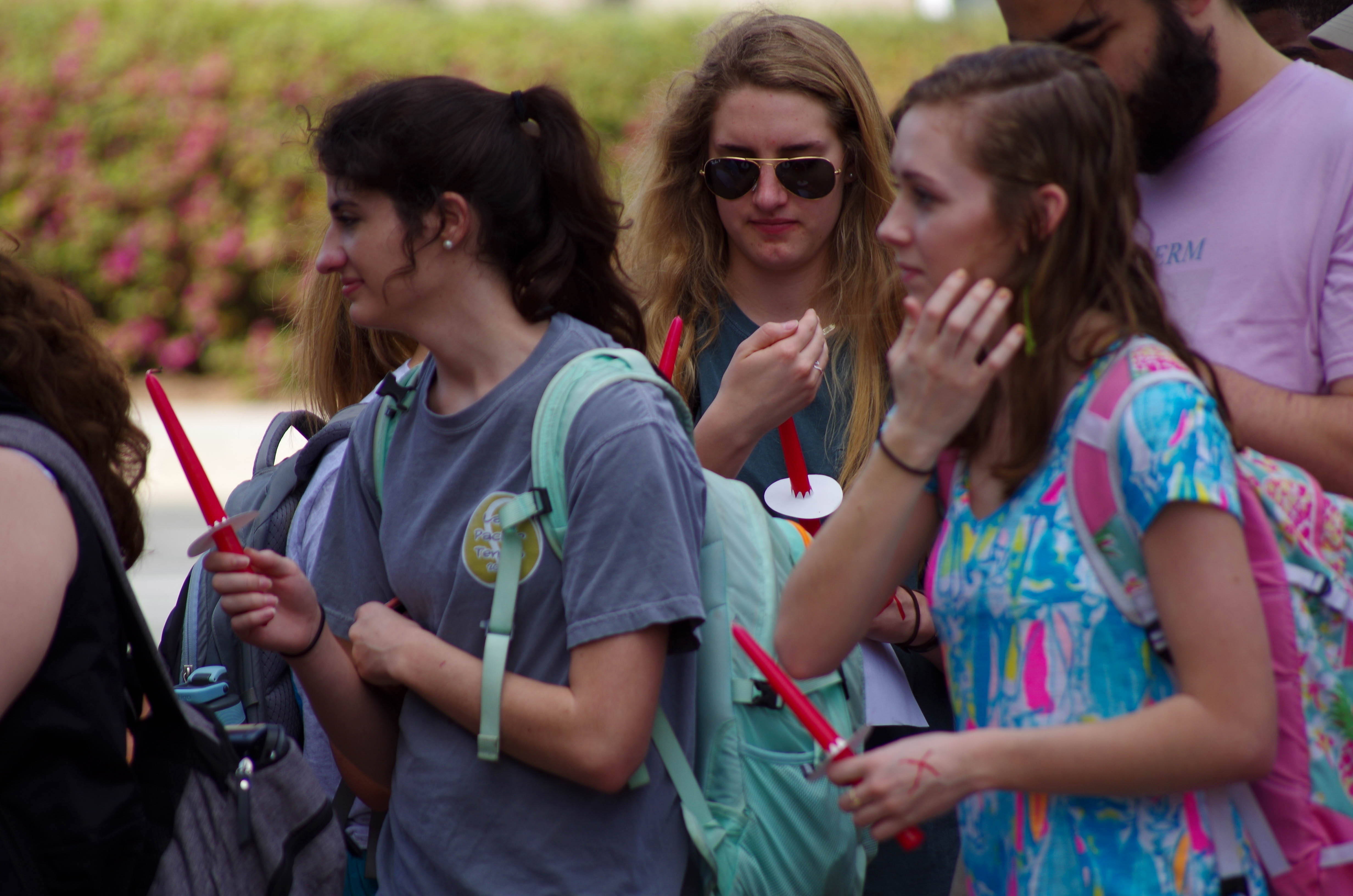 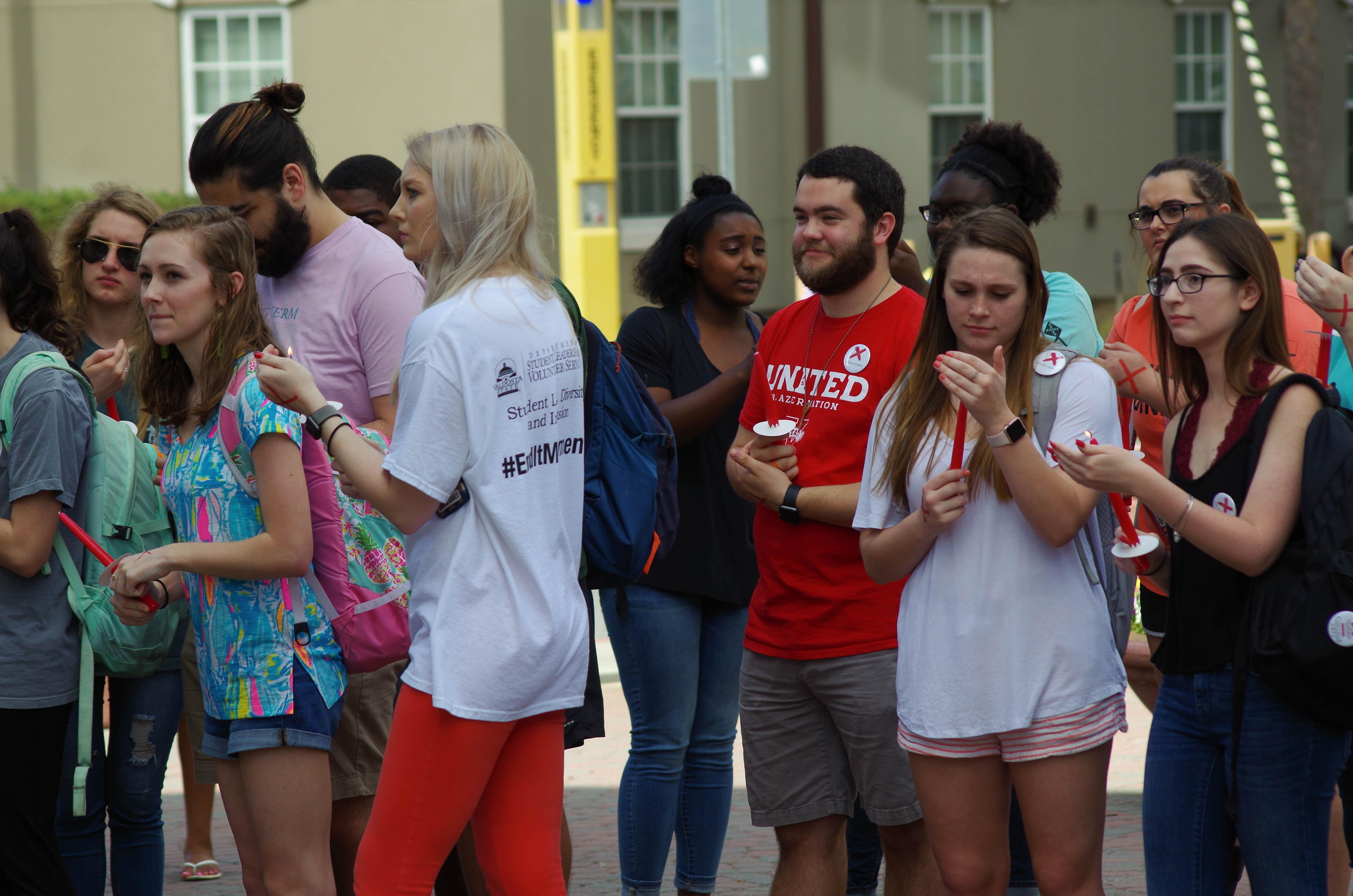 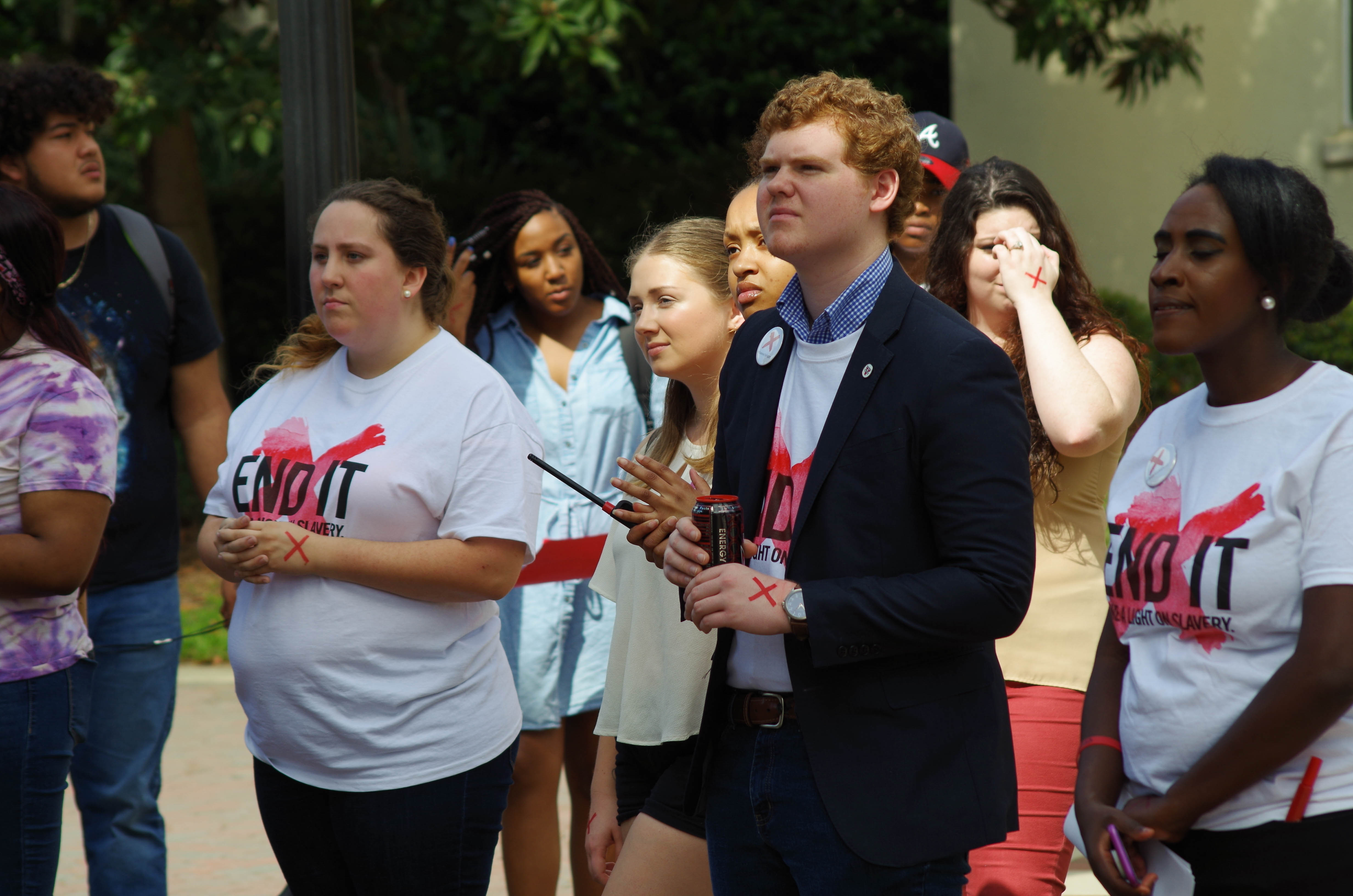 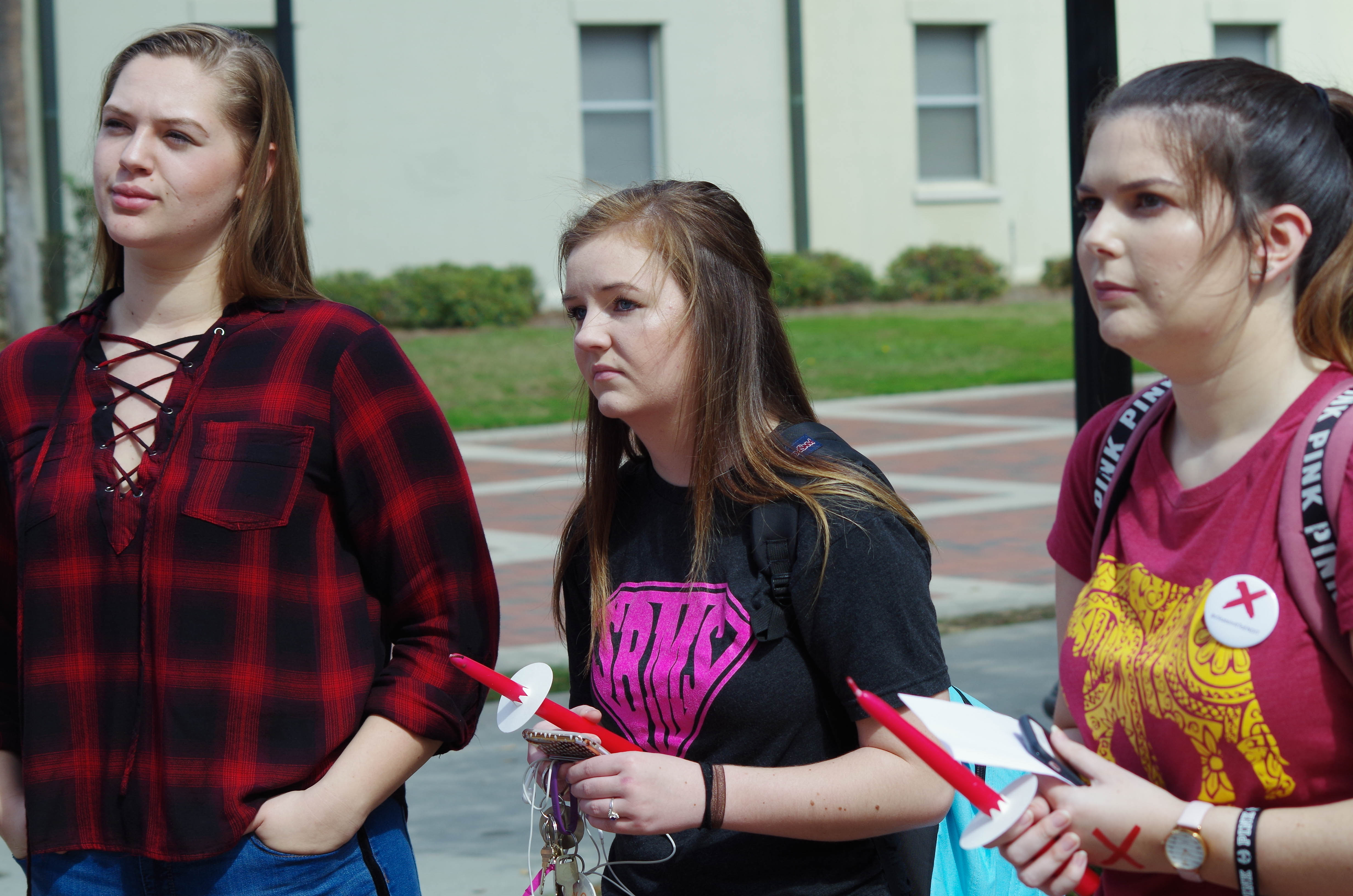 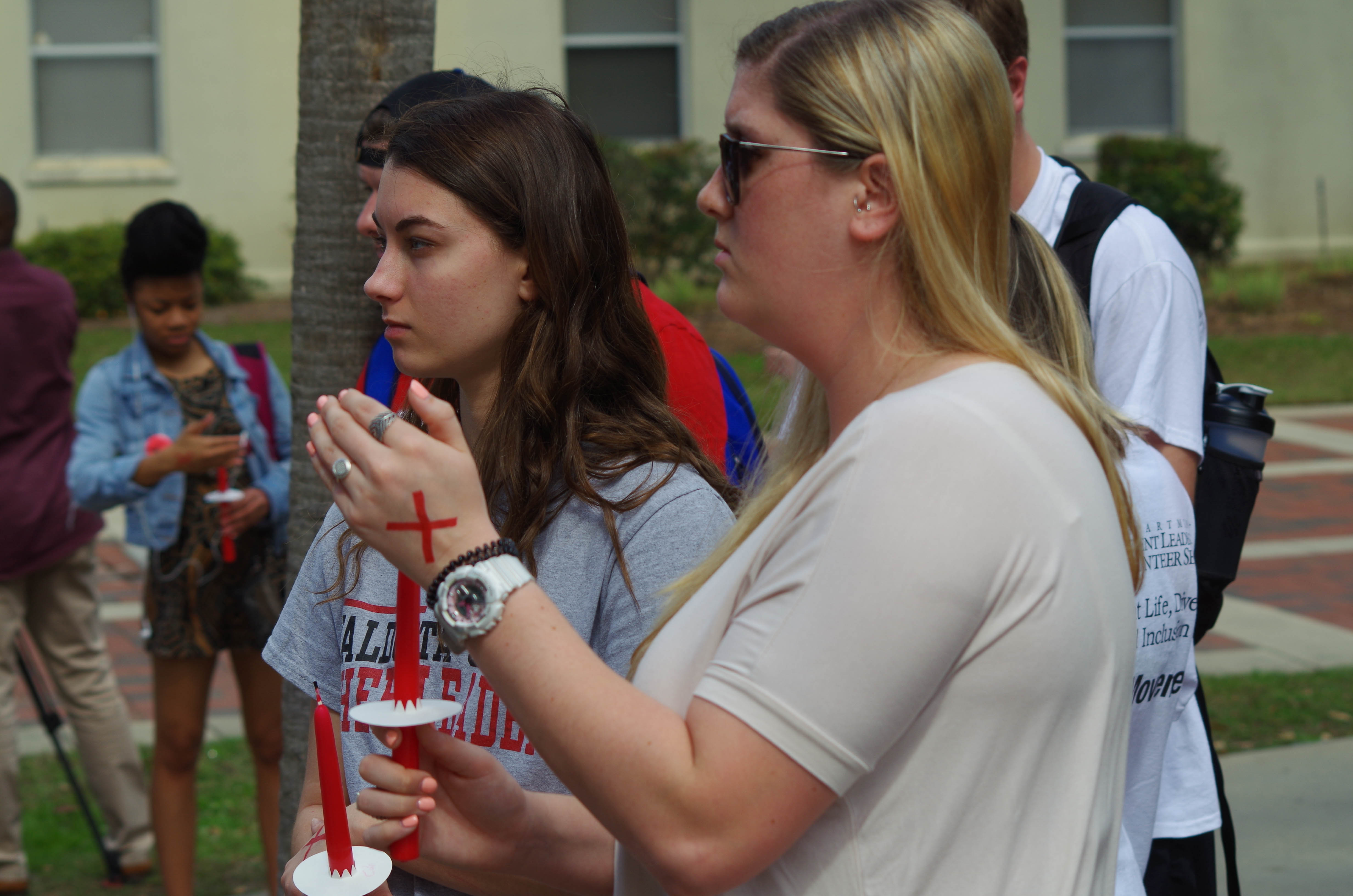 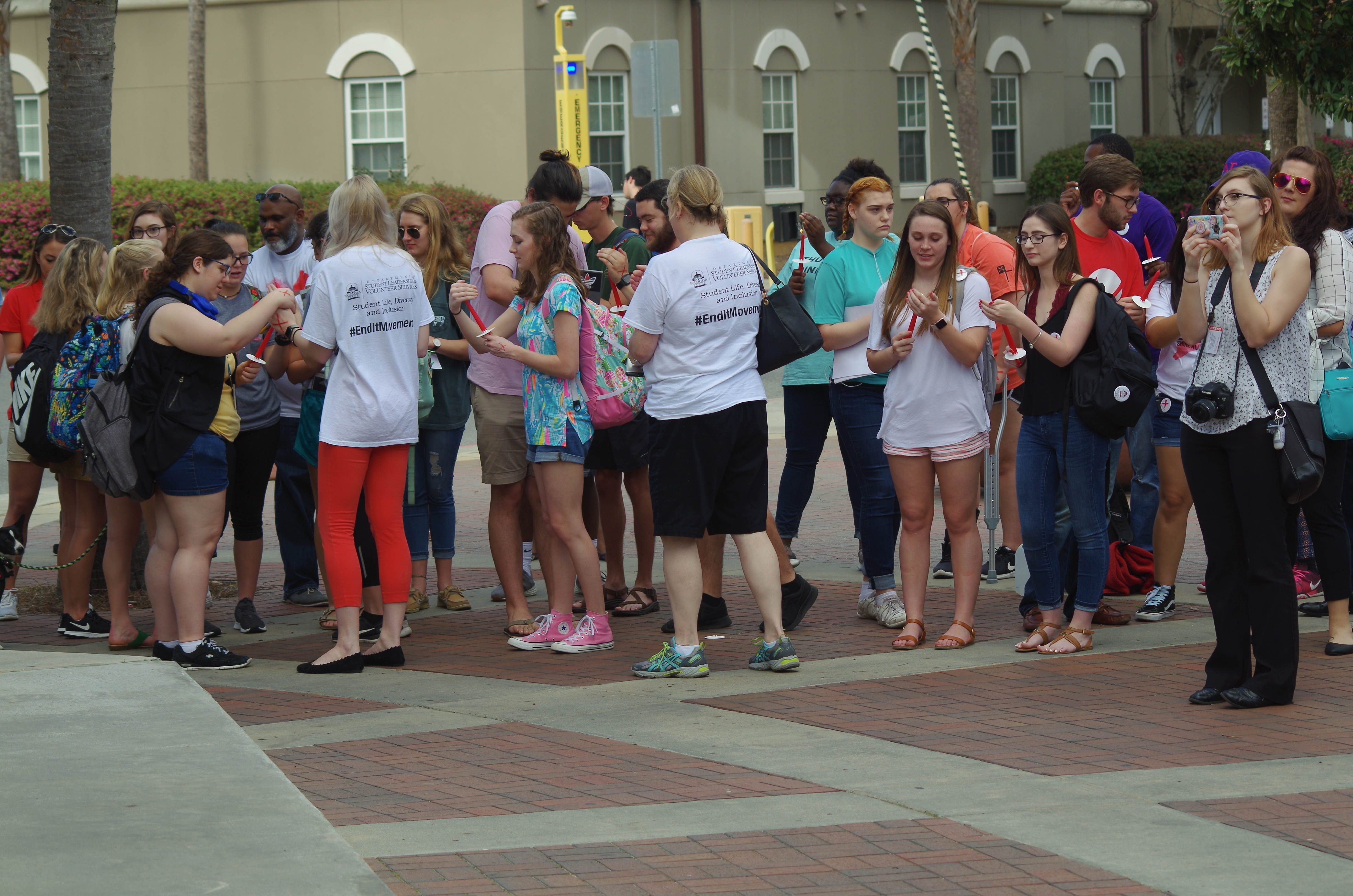 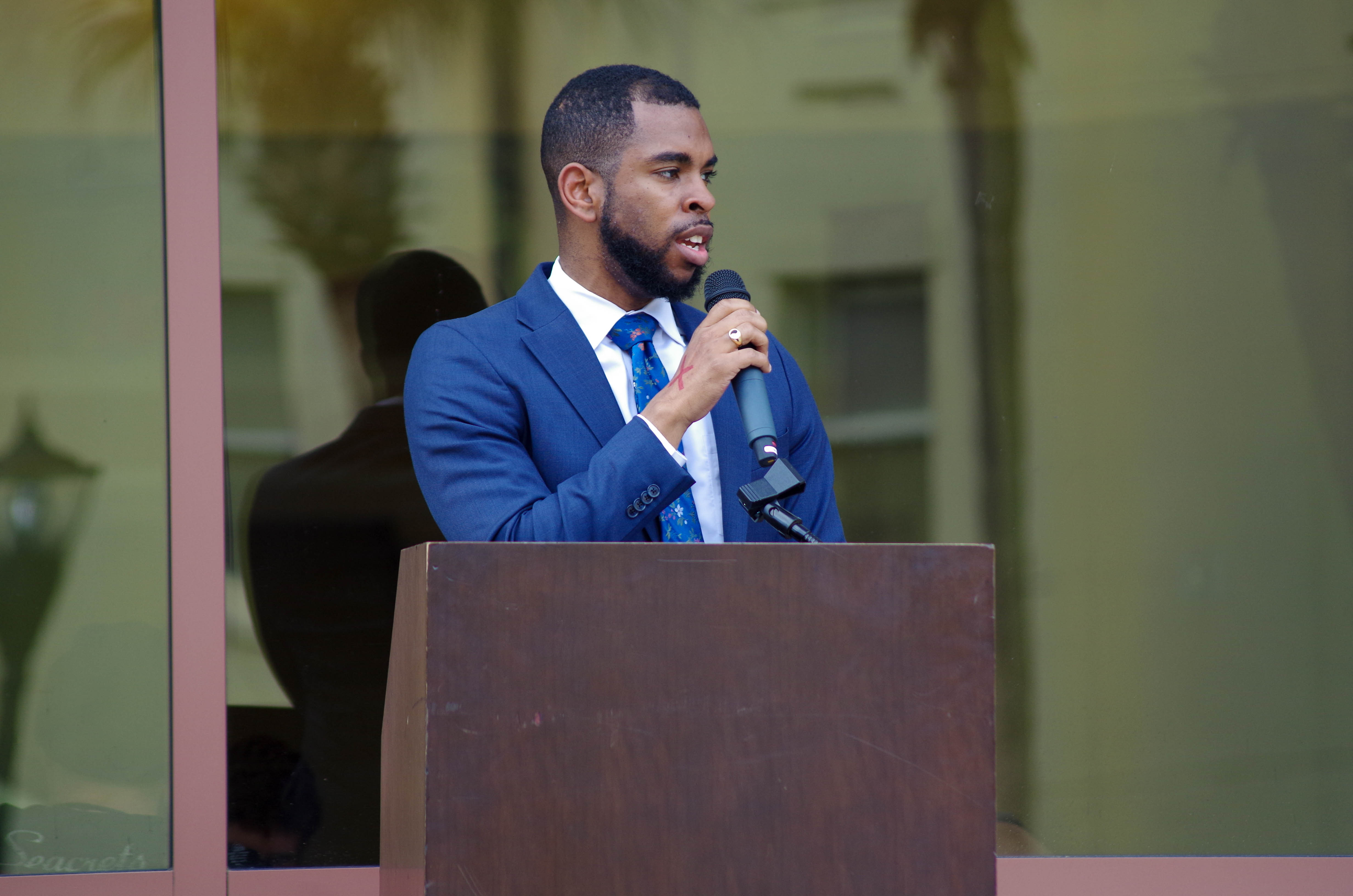 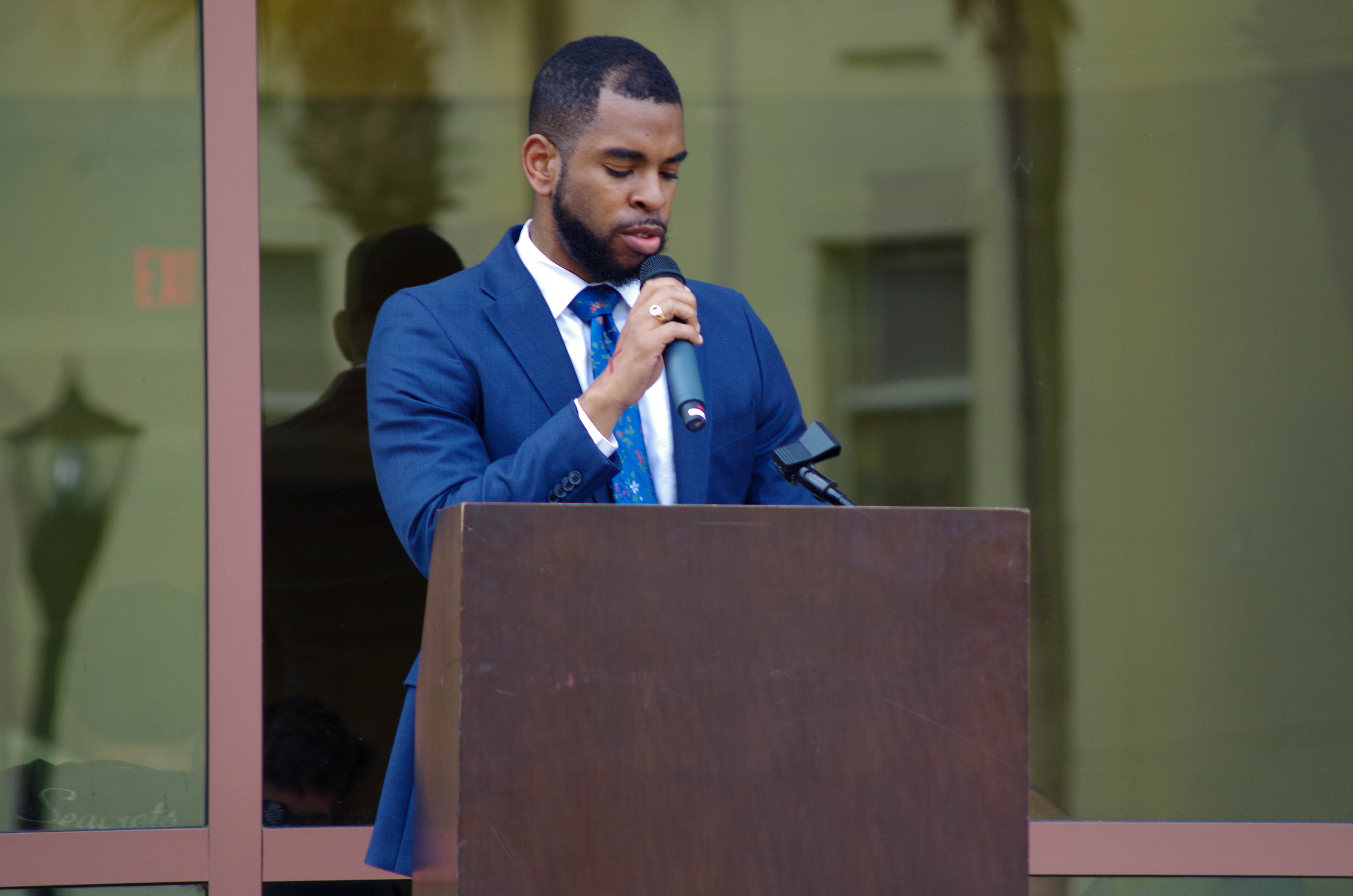 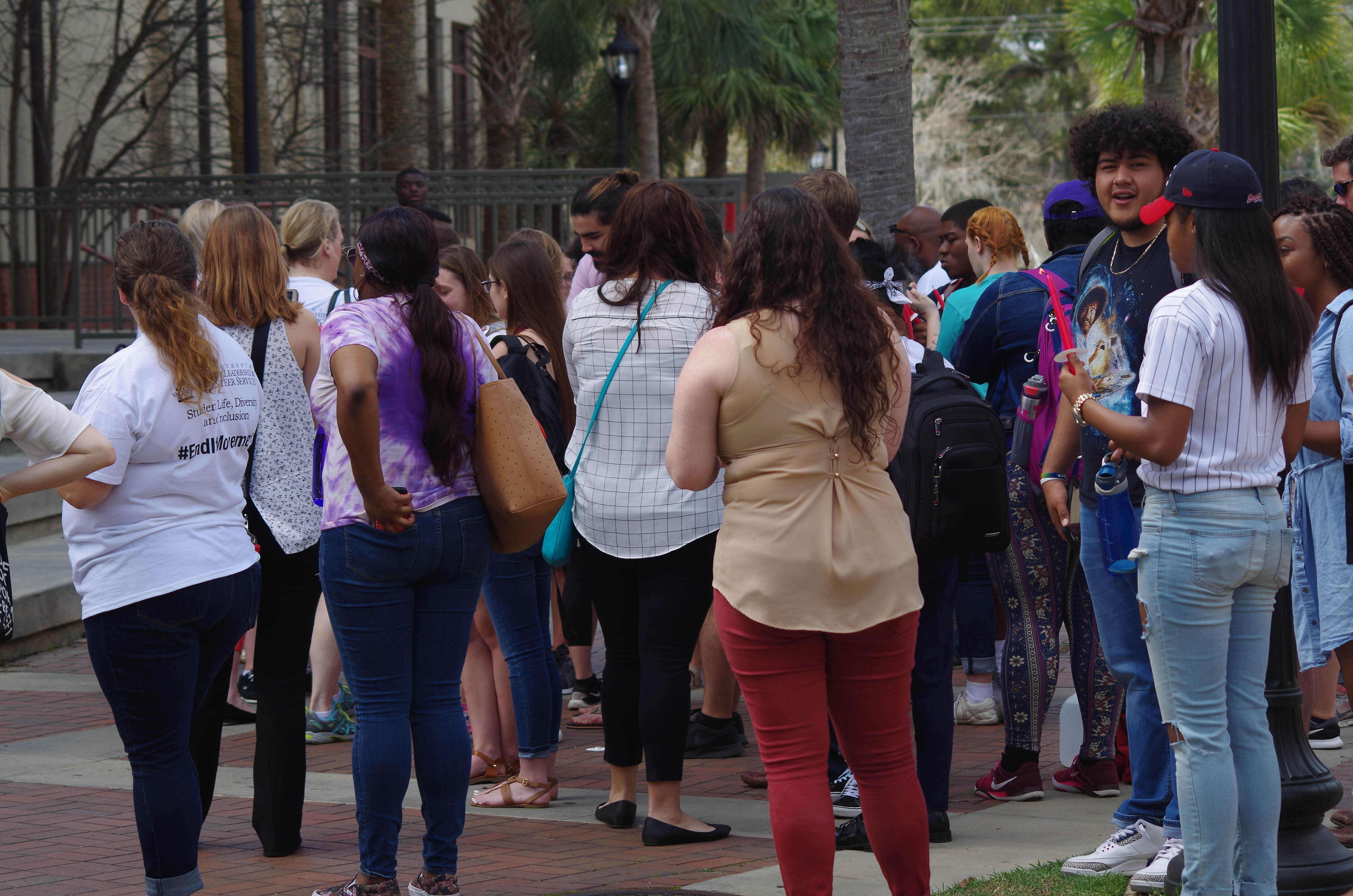 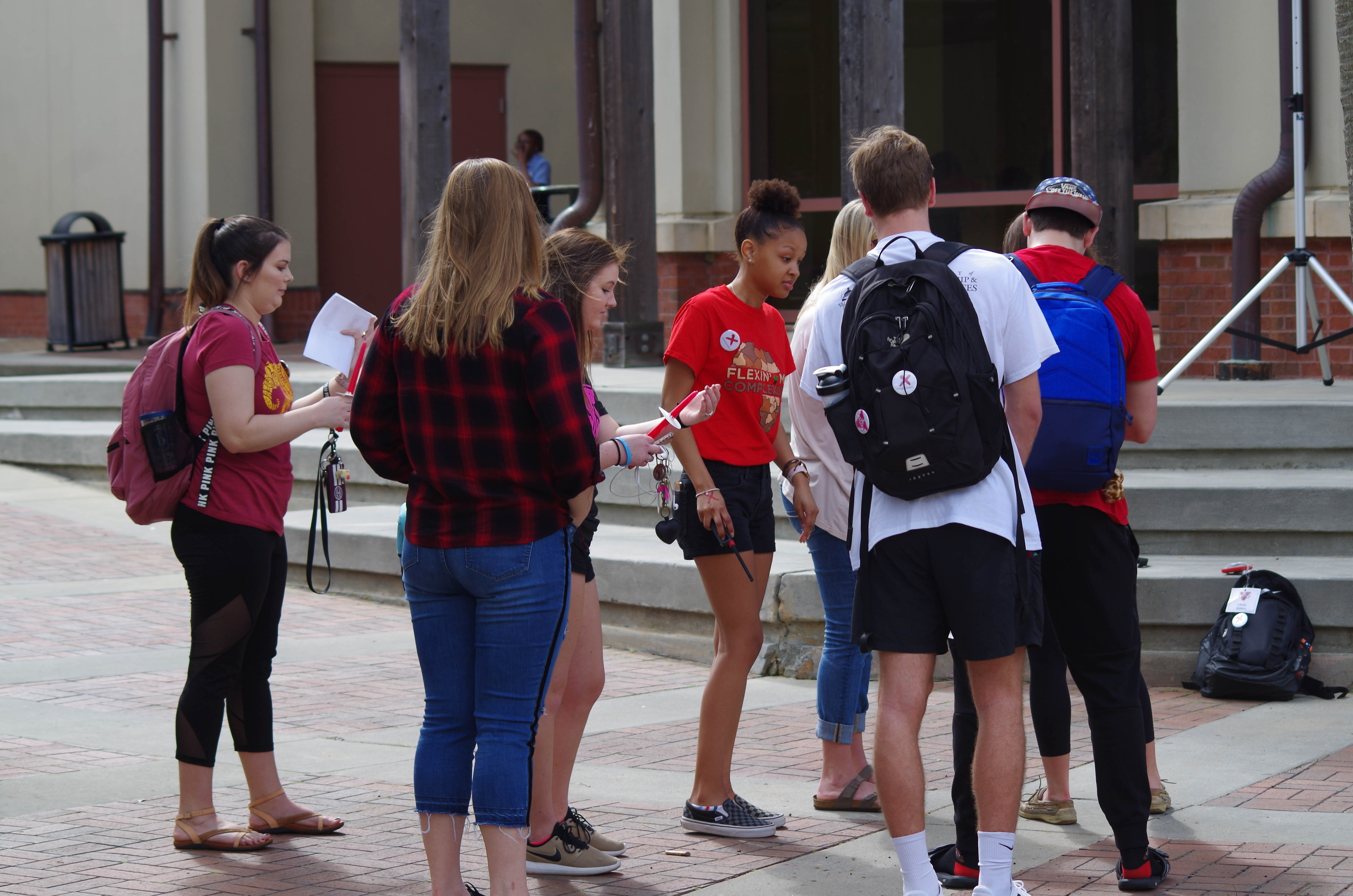 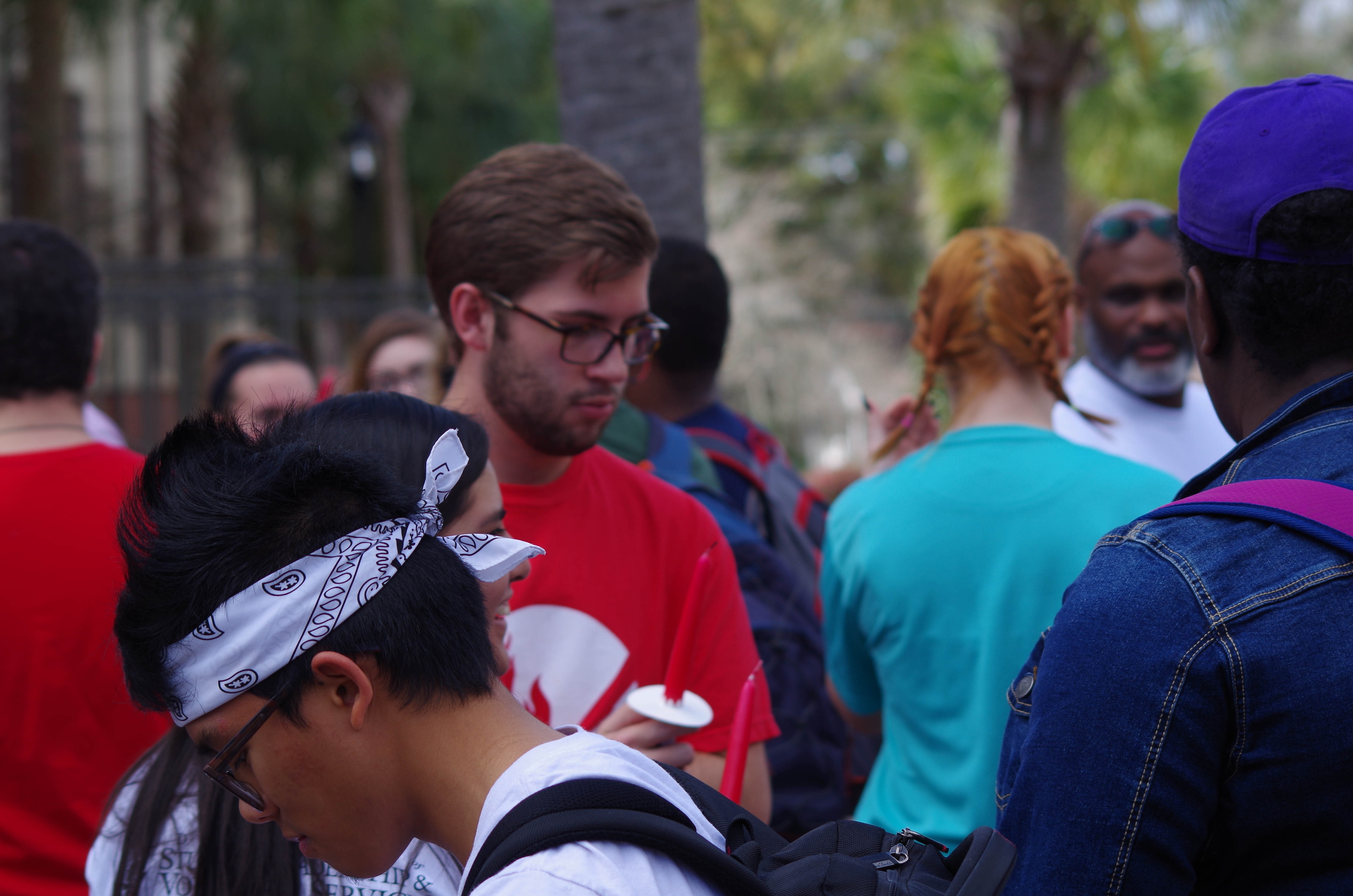 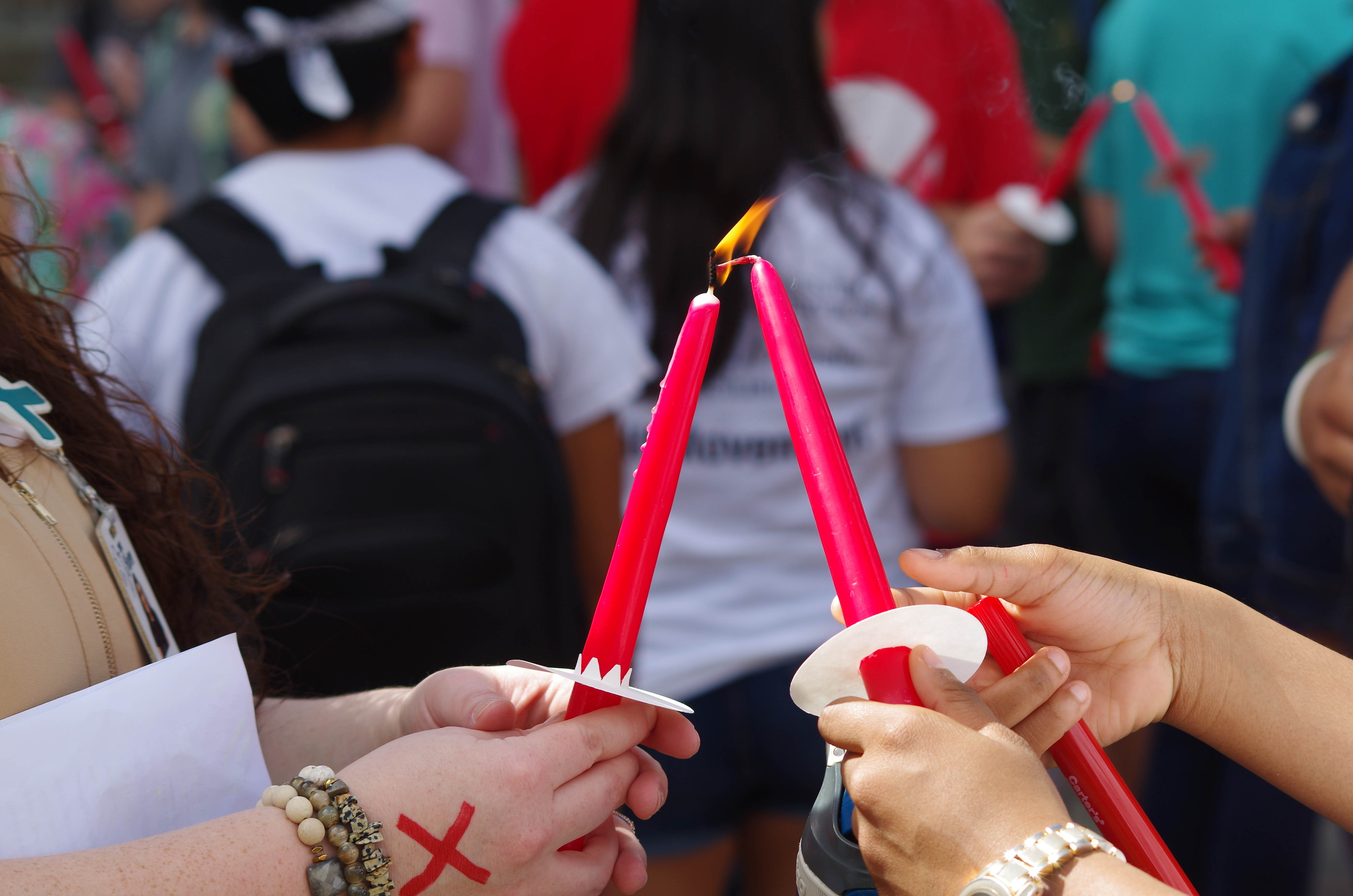 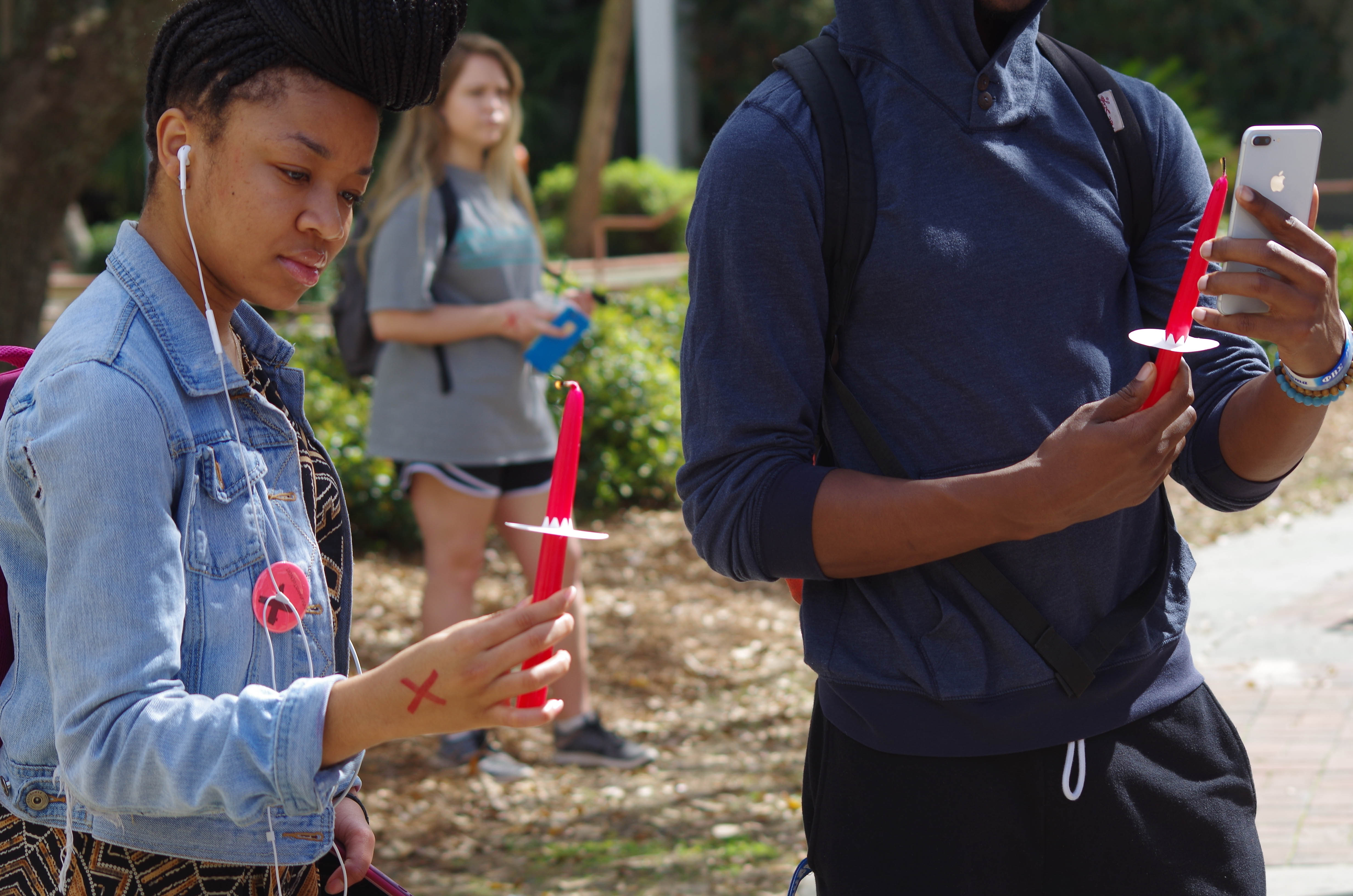 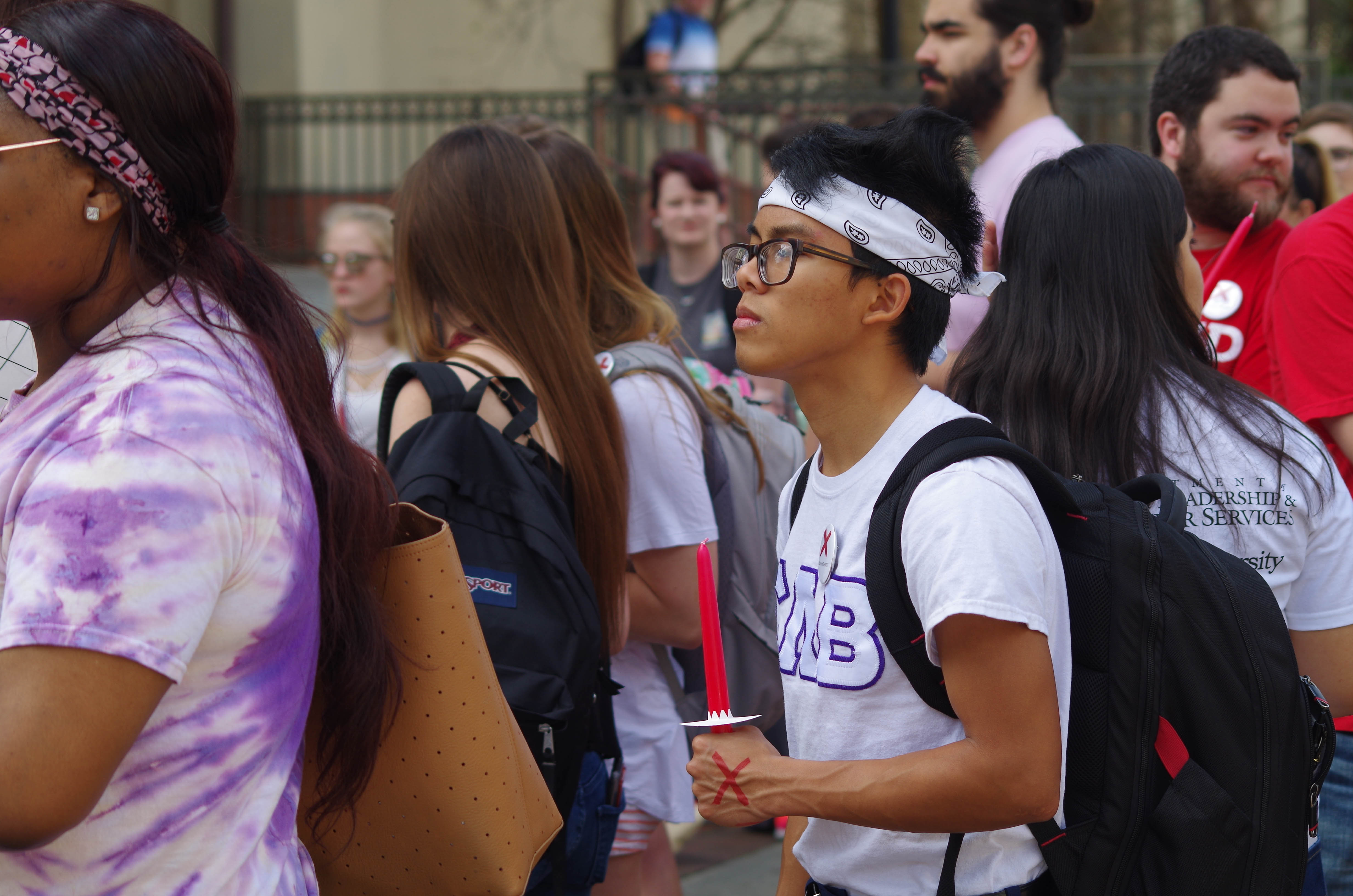 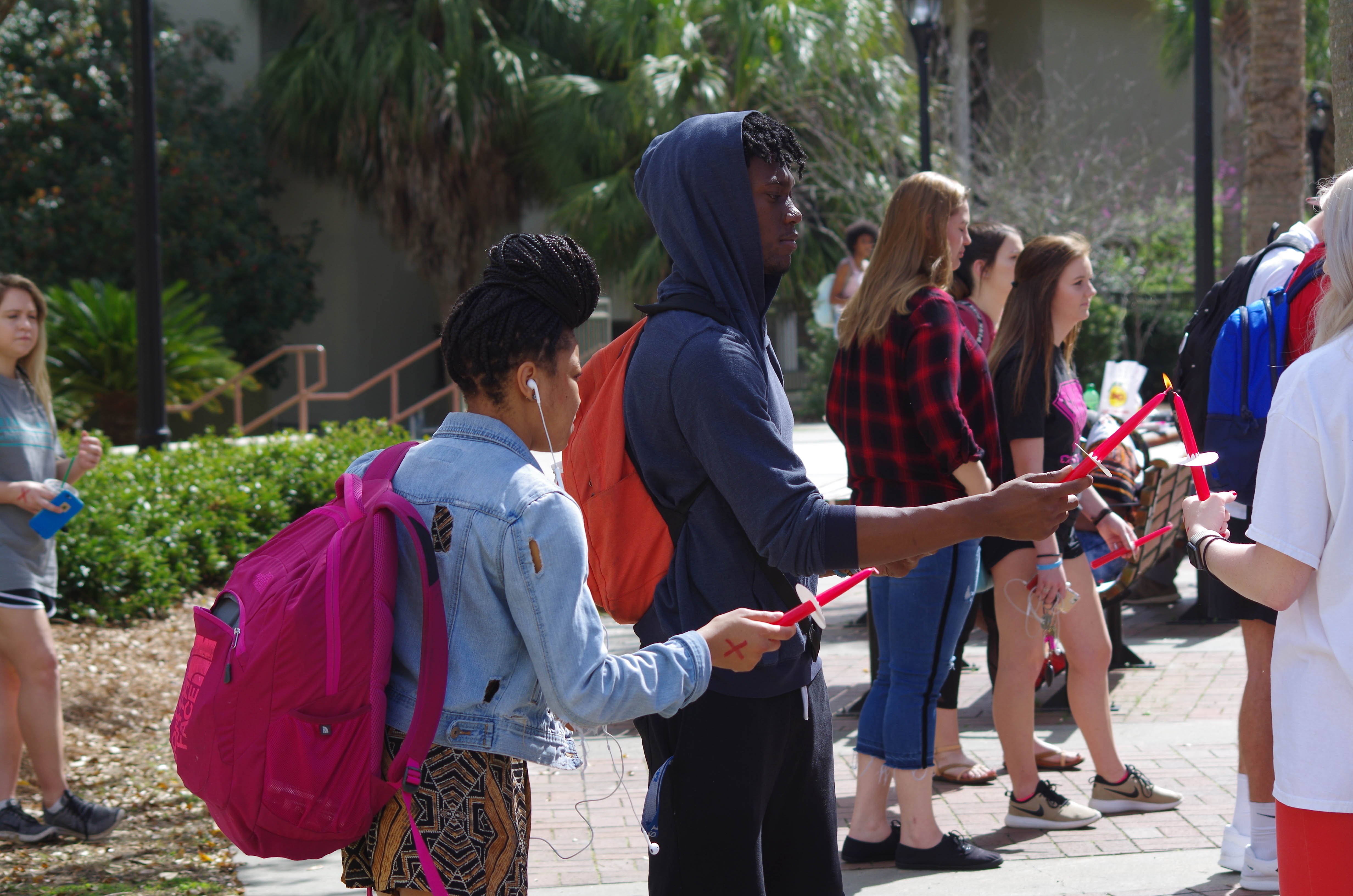 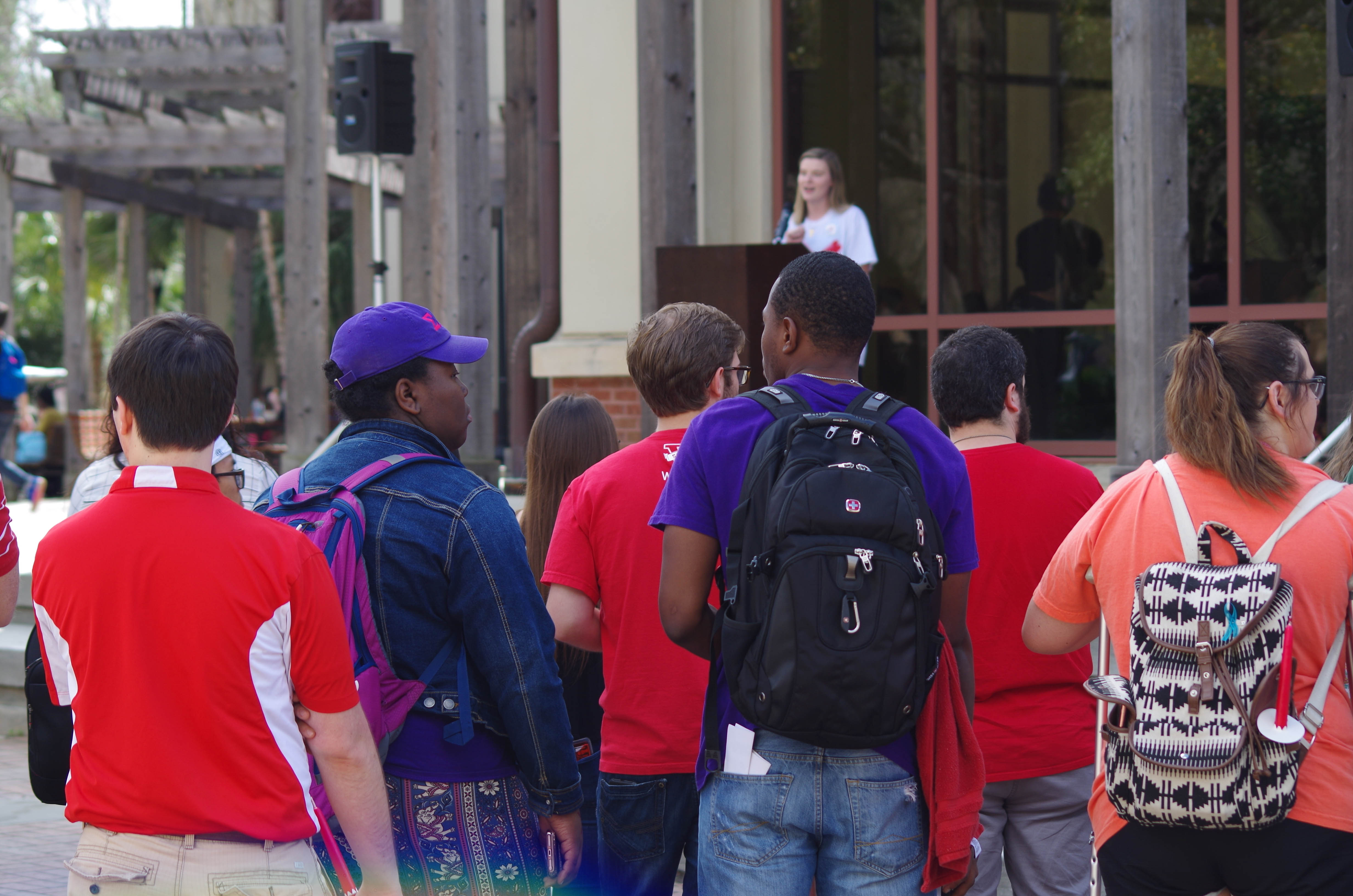 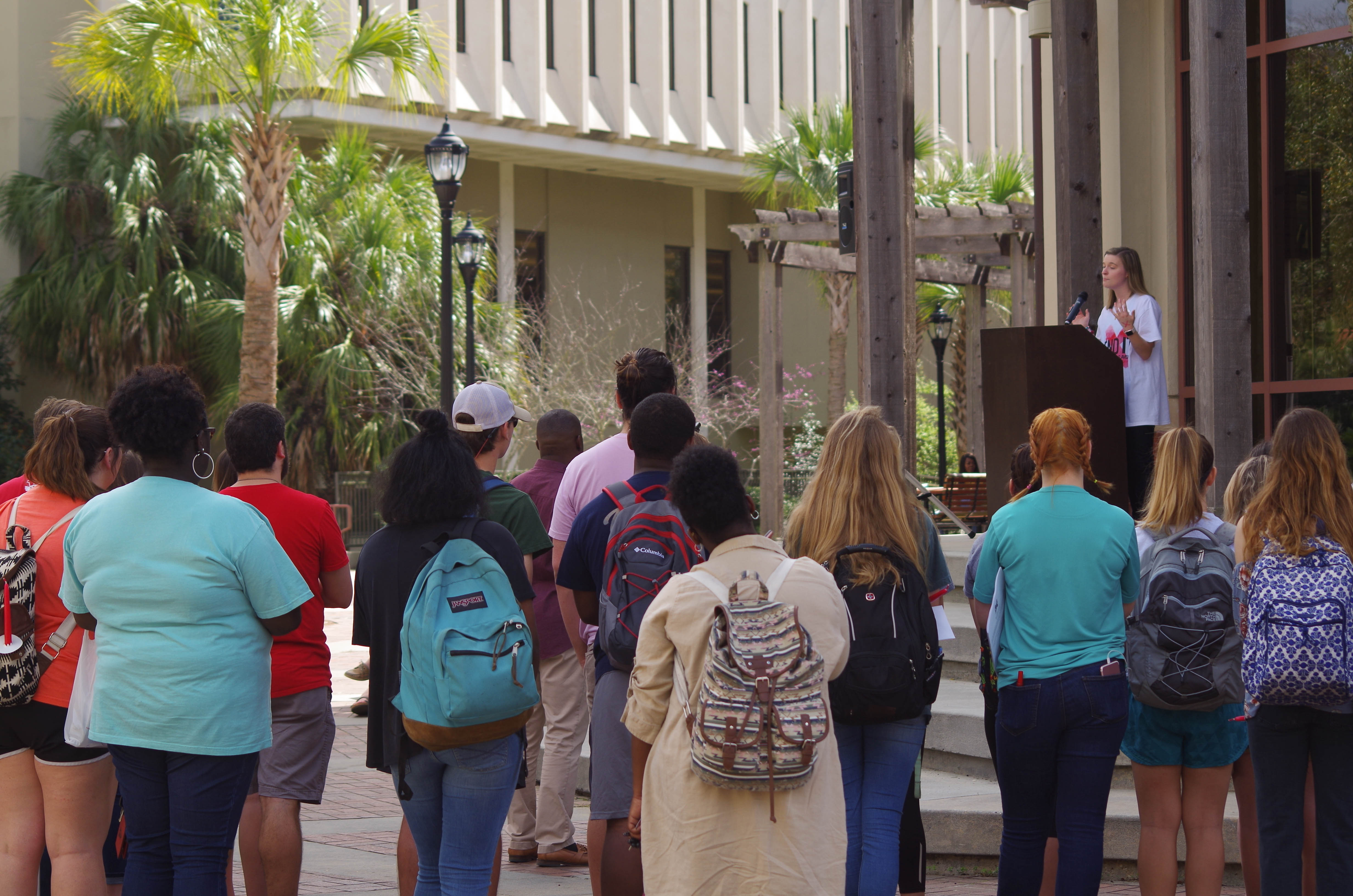 A red “X” was marked on all students, faculty and staff who wanted to be “Freedom Fighters” in the fight against sex trafficking. One freedom fighter, Amiah Hartman, a freshman marketing major, wants to speak up for the people who are not given a chance to speak.

“A lot of people are not aware that it still goes on today, mainly because they do not see it,” Hartman said. “It is important to raise awareness on those problems that you do not see often in our daily lives to become that voice for other people go through it.”

Lenora Whitley, a volunteer and sophomore middle school education major, also wants to be a voice in this issue.

“This was my first time hearing about the movement,” Whitley said. “It sounded like a great cause, and I know someone who specifically went through it.”

“People think this just goes on in large areas,” Day, a graduate assistant, said. “Atlanta is the largest hub in the United States, so we just wanted to clarify with everybody that it’s happening in Valdosta.”

Day and Interim Director of Student Diversity and Inclusion Dr. Gerald Williams wanted to raise awareness for the cause and wanted to share their motivation for making the event possible with the help of others.

“If there is anyone on this campus going through it, we want them to know we are here for them, and there are options,” Day said. “Our counseling center is here, The Haven is here and the University as a whole is here to support them and help them out in any way that we can.”

Previous Planetarium shows ‘Larry, Cat in Space,” teaches kids about the moon
Next People Poll: What is your ideal professor?