Home / Entertainment / Opinion: The highlights from the Oscars 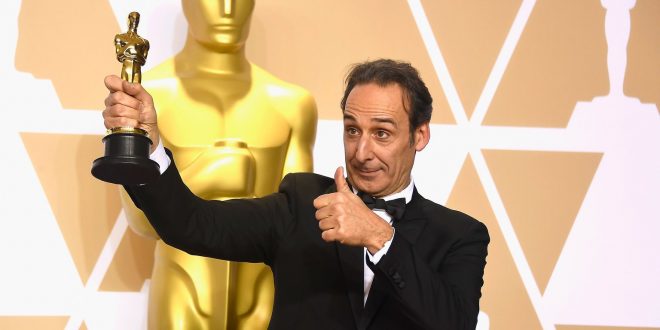 Photo courtesy of the Oscars.

Opinion: The highlights from the Oscars

The 90th annual Oscars Award Show premiered on March 4. The night was filled with great accomplishments for new actors and actresses, some mundane yet interesting fashion choices and groundbreaking moments.

The Oscars was better than usual. After the hashtag #OscarsSoWhite became a trending topic in 2016, the Oscars recognized their lack of diversity within the award show. The category nominees and winners were more diversified than previous years. Sunday was just the tip of the iceberg.

Jimmy Kimmel’s hosting was decent. I thought he was funny, and he kept the show moving like a well-oiled machine.

The racially charged satirical horror film “Get Out” directed by Jordan Peele was one of the movies that broke a sad, yet pivotal record. Peele won the Oscar for “Best Original Screenplay Writer.” Peele is the first African American in Oscars history to win this award. I think that this was a groundbreaking nomination and win, but why did it take 90 years for this to happen?

“Coco” the animated Disney film that has touched the hearts of many children and adults alike, won the Oscar for “Best Animated Featured Film”, and “Best Original Song” for “Remember Me.”

The Oscars are doing better when it comes to diversity and it’s a pivotal moment to witness. Can the Oscars keep this moment going?

The fashions of the night lacked something. I think the red carpet lacked inspiration and originality. But like anything in life, there were some outliers that made the red carpet somewhat memorable.

Black Panther is the top movie in the world right now. According to Forbes, the movie has made $920 million worldwide. The cast, in the midst of promotion for the film, has had memorable moments on every red carpet they encounter.

Daniel Kaluuya dazzled the red carpet wearing a bronze, velvet Brunello Cucinelli blazer. Kaluuya was nominated in the category “Actor In A Leading Role” for his role in “Get Out.”

Zendaya Coleman wore a brown off-the-shoulder Giambattista Valli Haute Couture gown, exemplifying a Grecian inspiration.  Coleman is apart of “The Greatest Showman” cast, which is nominated for “Best Original Song.” This dress was not one of the most memorable of the night, as Zendaya is a red carpet icon, I expected more.

Margot Robbie served a touch of elegance on the red carpet while wearing an off-the-shoulder Chanel Haute Couture gown. Robbie was nominated in the category “Actress In A Leading Role” for her role in “I, Tonya.”

The College Football Playoff management committee presented a proposal on June 10 to expand the ...