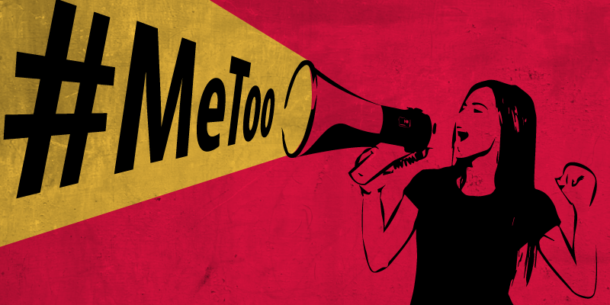 #MeToo gets a biblical explanation

Dr. Sandra Gravett, professor of philosophy and religion at Appalachian State University hosted an event titled, “#MeToo and the Bible.” The event’s purpose was to educate individuals on the challenges women have and continue to face in the Evangelical New South.

The #MeToo movement lets other women know they aren’t alone in their struggles of sexual harassment, and they can receive help.

The hashtag was recently trending on Twitter and Facebook with millions of people speaking out all over the world.

To start the presentation, Dr. Gravett spoke on how women are portrayed in the Bible. She said women were shown poorly, and they didn’t have a say in situations that involved them.

She brought up several different stories from the Bible and the present about sexual assault and how it was labeled acceptable to happen by the church.

She also brought up and expanded on how the churches sweep horrible acts under the rug that were committed by church members against women and children. One such story was about Andy Savage, a sexual predator who was protected by the church.

Dr. Gravett then talked about Savage’s victim, Jules Woodson, and how Savage avoided jail time due to his connection to the church. He was also protected by the statute of limitations which meant too much time had passed for charges to be filed.

Savage recently apologized for his actions to which Dr. Gravett read his direct quote and explained how he didn’t really seem apologetic. Dr. Gravett then spoke on how many people think that the repenting he’s doing isn’t justice for Savage’s illegal actions.

In Dr. Gravett’s presentation of Savage’s case, she showed how the women involved were chastised and how the men were applauded.

After the presentation, Dr. Gravett opened the floor to questions from the audience.