Home / News / Valdosta aims to change the conversation on homelessness 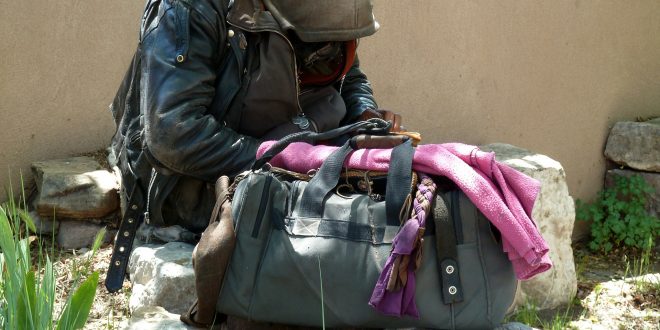 Valdosta aims to change the conversation on homelessness

Conversations about options for those who are homeless and also suffer from a substance abuse or mental health issues have become increasingly more crucial over the past few years.

“We have many challenges that certainly need to be addressed,” Staton said. “These people don’t have many options.”

There are many paths that lead to homelessness. It could stem from a pivotal life moment such as a mental illness slowly ravaging the mind and driving a person to the streets or not having a strong familial background.

“Some people that have (mental illnesses), you’ll discover that they have no family support,” said Ronnie Mathis, executive director of the South Georgia Partnership to End Homelessness. “They’re left to try to make ends meet themselves.”

The biggest cause of homelessness is a “life-altering event or series of events,” according to Roz Johnson, the chief clinical officer of Behavioral Health Services of South Georgia.

While Valdosta offers six homeless shelters to accommodate the hundreds of homeless individuals living on the streets, DCA and DBHDD argue that those are just not cutting it.

DBHDD and DCA both asserted that they aim to increase the ease of access to housing for these individuals by properly adhering to their mental needs, rather than dismissing those individuals as a “lost cause.”

A small group of community members gave their recommendations that they say will improve access to mental and behavioral health services that the homeless need. Doing so will help keep people off the streets, community members said.

“Recovery from mental illness and addiction can only occur when basic needs are met,” Staton said.

Staton said that there has been a need for adequate services for these individuals for years.

Two out of the six local homeless shelters provide transitional resources for those who suffer from a substance abuse issue such as alcohol and drug rehab treatment along with clinics for those in need.

By offering these services, the homeless have access to all resources needed to become self-sufficient while maintaining full self-determination.

VSU students encourage this change in the Valdosta community.

“I think it’s great that Valdosta is addressing this problem,” Joanna Henderson, a senior psychology major, said. “You never know what people are going through, and they just need that push to help get them going.”

“This is definitely a step in the right direction,” Martina Strickland, a senior accounting major, said. “No one should have nowhere to go.”

The DBHDD announced the construction of a new Behavioral Health Crisis Center (BHCC) in Lowndes County.

The BHCC will feature 24 beds and six temporary observation beds at an approximate annual investment of $5 million.

In total, DBHDD plans to invest more than $17.5 million annually in expanded infrastructure and services throughout Valdosta for those who live with mental health challenges.