Home / Columns / Amazon: Is it worth it? 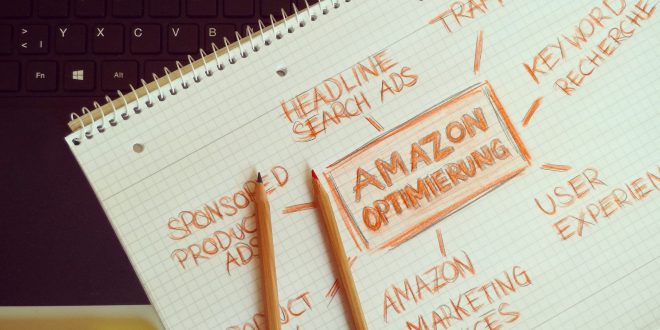 Amazon may provide convenience to all, but it's forcing Walmart to lose money and is effectively replacing it.

Amazon has almost anything you could want to purchase, and they’re here to make sure you do.

If you’re alive in 2019, you’ve heard of Amazon, and what’s more, you’ve probably used at least one of their services.

As of June 2018, there were 95 million users of Amazon Prime (a service the site provides to paying members that, for 119 dollars gets you free expedited shipping and other deals) alone. That’s not counting those who use the site without a Prime membership. Not bad for a company that started out selling books and compact discs from a Seattle-based headquarters in 1994.

Today, you can still buy books from Amazon, but you can add to that order anything from niche kitchen utensils to after-market car parts. After acquiring Whole Foods in the summer of 2017, customers can even purchase groceries through Amazon Pantry – it’s easier to count what you can’t buy on Amazon than to list all the things you can.

Of course, a broad catalog isn’t where Amazon stops. A prime membership means a few clicks on Monday morning can get your stainless steel cantaloupe slicer and tri-colored wool socks brought to your doorstep on Wednesday. For a small fee you can have them Tuesday afternoon; in some areas your delivery can show up on the same day.

While you wait, you can pass the time by streaming shows on Amazon Prime Video or working on your work schedule with Alexa (Amazon’s “virtual assistant” device, who can do everything from help manage your schedule to, well, shop on Amazon for you).

Amazon hasn’t just experience linear growth; they’ve broadened the scope and capabilities of their company to grow upward and outward, spanning industries in the process. Amazon has gone from a humble book-selling startup in the Pacific Northwest to a near-ubiquitous presence in America’s minds and wallets.

Therein lies the problem. It’s all too easy to grow accustomed to the unbelievable convenience, the unrivaled productivity and the results of a business that works so well, and to in turn forget about or fail to examine what lies beneath the surface.

Amazon in 2019 is not unlike Wal-Mart in the 1980’s. Wal-Mart grew by consolidating into departments groups of goods that used to be sold individually across multiple brick-and-mortar locations within a town or community, and they did so with a strategy based on cheaper labor, larger inventory and less-expensive goods.

Wal-Mart became the biggest fish in almost any pond it found itself in; Amazon is an even bigger fish, but it’s not restricted to any one pond.

Coupling its inventory with its nationwide delivery system and internet-based sales, Amazon can sell almost anything to almost anyone, almost anywhere. Considering the data-monitoring systems Amazon uses (and shares with other companies that use Amazon Web Services) to monitor customer spending habits adds even more to consider.

This means Amazon can “learn” about your spending habits and interests through what you purchase or by other means like search term items, and create through artificial intelligence a sort of picture of the

type of consumer you are. They (or McDonald’s, Netflix, GE, and a host of other companies that use Amazon Web Services) will in turn present you with items, deals, advertisements and the like that are likely to match your needs or interests further encouraging you to spend money on their products.

Some call that convenience. George Orwell would’ve called it a nightmare. So the next time you have some shopping to do, it might not hurt let Alexa sit this one out. Drive to the store and do it in person – you know, the old-fashioned way.