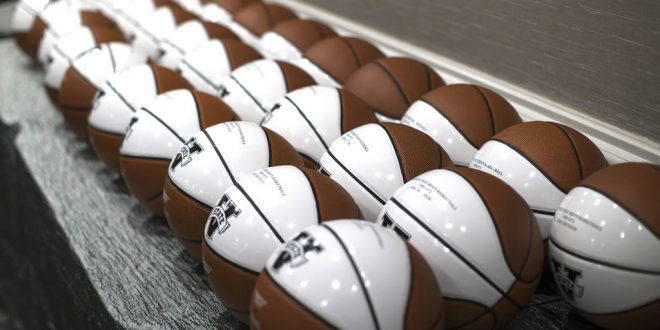 Championship night will be an opportunity for students to compete in activities and contests, including a three-point shootout, slam dunk contest and half-court shot competitions.

Now that the stage is set, VSU teams can take the spotlight as they compete against one another in the 2019 intramural basketball championships.

Championship Night, hosted by Campus Recreation, will be an opportunity for students to compete in activities and contests, including a three-point shootout, slam dunk contest and half-court shot competitions. A DJ will be present as well.

Wyatt Lee, Campus Recreation’s coordinator for competitive sports, said Campus Recreation came up with the idea after speaking with some of the players and decided to create more exposure for intramural sports.

“It will be nice to have a real athletic event for the students,” Lee said. “Everyone we talked to was very excited for this opportunity.”

As for the women’s division, G.A.T.A. was awarded the championship after finishing the season as the only undefeated team in a three-team field.

Championship Night will take place at 7 p.m. on March 7 at the PE Complex.

Previous The Blazers’ changes could help versus Bulldogs
Next Union’s late woes, advantage for VSU