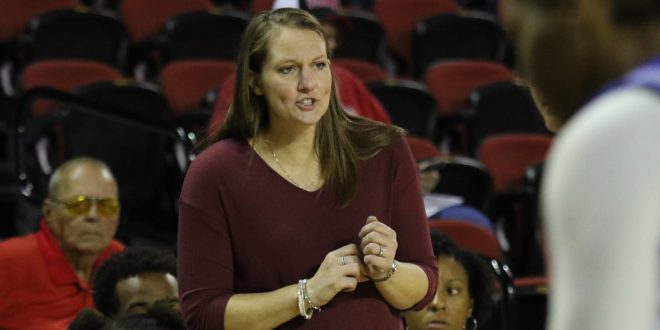 It’s official: The Carley Kuhns era is over at VSU.

Kuhns has accepted the head coaching position at Samford University, coaching the Lady Bulldogs. Samford is a NCAA Division I member of the Southern Conference.

The Lady Bulldogs had a 10-20 last season, ranking No. 7 in the conference.

Kuhns leaves VSU with a 66-29 overall record and 44-18 in Gulf South Conference play in three seasons. She led the Lady Blazers to a GSC title in 2017, the program’s first title since 1984.

Kuhns was inducted into the Blazer Athletic Hall of Fame in 2015, for her efforts as a Lady Blazers’ student athlete. She recorded 1,133 career points, No. 16 in VSU history and was a two-time First Team All-Gulf South Conference selection.

She has made 262 three-pointers, most in school history.

According to VSU Athletics, a national search for a new head coach has begun.