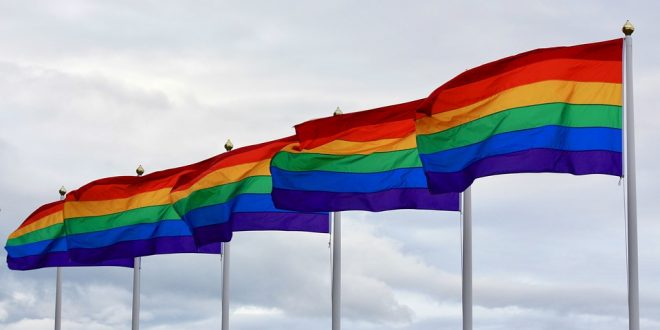 Oct. 11 was National Coming Out Day and on that same weekend, Atlanta had their Pride Festival.

VSU did nothing to celebrate the LGBTQ Community.

It’s not for lack of LGBT+ related organizations. There is the Queer Book Club and the Genders and Sexualities Alliance (GSA).

Although VSU has these programs, that does not necessarily mean that VSU itself is acknowledging the LGBT+ community.

Cai Taylor, a junior majoring in classical studies, said that she believes that VSU does acknowledge the community but not necessarily celebrates them.

“When VSU does celebrate, the times are great but it is not very often,” she said. “ it would be good to have more conversations about the programs here on campus and people are welcomed.”

Gloria Townshend, a junior majoring in fine arts, agreed and said that there should be more awareness brought around campus.

“There could be more awareness and seminars brought to the frontlines,” she said.

Townshend also said that the Queer Book Club has given them a place to belong, but not everyone knows about the program.

Jae Lee, a sophomore majoring middle-grade education and current president of GSA said that in their opinion VSU does acknowledge and celebrate the community but believes that they could do a better job.

“Just like most institutions they could be doing a better job, but I think with time things will get better, but as of right now I think there could be some improvements.”

“I feel like when it comes to diversity they try to mention us but I also feel like a lot of the campus is still in the closet.”

Defour said that in all her three years of being the president of GSA, they would still like to see more allies.

“I think that what I would personally still like to see more of is more allies, more people who aren’t LGBT supporting us,” she said.