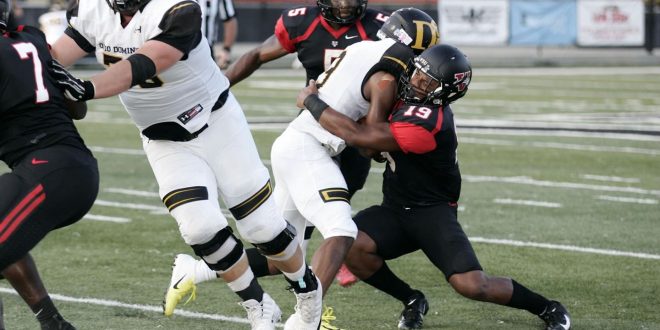 Cory Roberts has five interceptions in his VSU career, four have come this season alone.

Blazers junior defensive back Cory Roberts was named Gulf South Conference Defensive Player of the Week, announced by the league offices on Oct. 28.

Roberts secures his first weekly honor of the season.

Roberts hauled in two interceptions in the Blazers’ nail-biting win at North Greenville on Saturday, escaping 20-15. Both interceptions came in the second half of the game and the last one occurred with 35 seconds left in regulation.

In his VSU career, Roberts has five interceptions.

Roberts finished the matchup with two tackles and one solo tackle, while breaking up one pass.

The Blazers have a bye week before West Florida comes to town on Sat., Nov. 9 at 7 p.m. at Bazemore-Hyder Stadium for Senior Night.

The Valdosta State Women’s basketball team have lofty expectations for the upcoming season. Despite losing ...