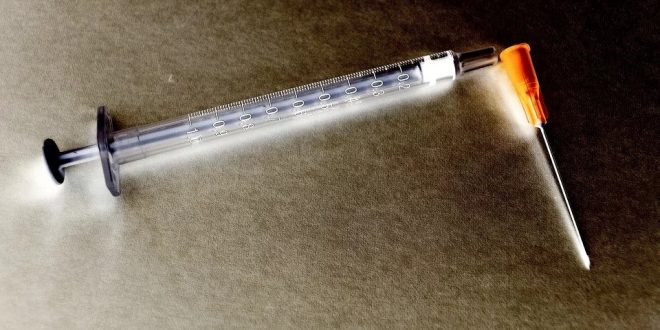 It’s that time of year where the flu virus is most active, and each year thousands of Americans catch it.

The flu, according to the Center for Disease Control, is a virus that is contagious for the United States in the months of May-October. It’s something that anyone can catch.

Georgia currently has a moderate amount of people, according to the CDC, that have reported getting the virus and is steadily growing.

According to the Georgia Department of Health, October is when the flu virus is at its worst and can stay that way for months. It’s important for students to take preventative steps to make sure that they don’t get sick themselves, but also help prevent others from getting sick as well.

The CDC recommends that everyone six months or older gets the flu vaccine every year.  This is the best way to make sure students don’t catch any type of strain or genetic variant of the flu virus.

What a vaccine does is introduce a weakened version of the virus into the body so that the immune system can create a defense mechanism that allows the body to recognize the virus. This, in turn, will help the body fight the virus should it enter the body in the future. Vaccines don’t guarantee that a person won’t get the virus, but can decrease the chances significantly or decrease the severity of the systems.

Despite this, there has been an increase in the anti-vaccination movement. Many people across the U.S. are against or hesitant to get vaccinated for any virus for a various amount of reasons.

The main reason is a fear that there is more of a chance of catching the virus in the vaccine or any other virus or disease. People also believe that because a lot of deadly diseases that used to be around years ago are believed to be extinct, there is no reason to be vaccinated.

It’s common misconceptions that influence people to not get vaccinated. According to recent studies done by researchers from George Washington University, Johns Hopkins University and the University of Maryland show many anti-vaccination ads are posted on Facebook. About two billion people use the platform daily as a source for news and other information thus having influenced many people on their decision to get vaccinations.

There are resources available on campus to get the flu vaccination. It’s important to be educated on vaccinations and why they are helpful in preventing disease. The flu is something that can make many people sick and health organizations just want to prevent that for students as well as the general public.

There are many other preventative habits that students can take as well, such as frequently washing their hands, avoiding close contact, sleeping and eating well. Physical and mental health is important to make sure that a student’s immune system is in top shape.

In the end it is every student’s decision to get the flu vaccination. It’s important as students especially with finals coming soon to take every measure to not get sick.