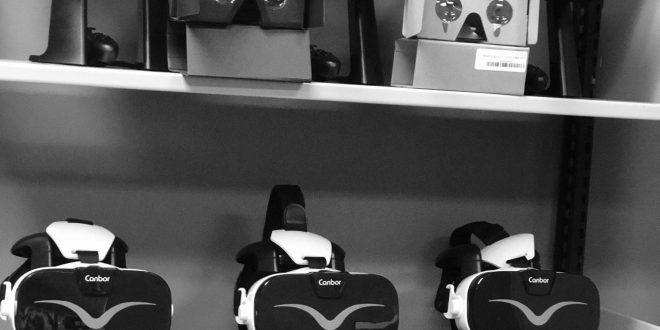 Virtual reality was initially created for a more immersive video game experience, but people like Dr. Bobbie Ticknor have found a way to innovate it for more beneficial purposes. Doctor Ticknor has been an associate professor at Valdosta State University for six years, specializing in anthropology, sociology and criminal justice. Dr. Ticknor always believed she possessed the qualities of a “nerd” which led her into the profession of software development. After fifteen years in that field, she decided to make the jump from software developer to getting her doctorate in criminal justice. Now, Dr. Ticknor has found a way to combine her knowledge of technology and the criminal justice system into a beneficial resource.

Skills streaming, or skills training, is the virtual reality process that Dr. Ticknor used to help the people receiving cognitive behavioral therapy deal with conflict, rejection and self-control strategies. In groups of ten to twelve people, they would talk through the skill and discuss why it would be an important skill to use in the real world. Then instead of imagining and role playing how they would react in that situation, with the help of virtual reality the inmates were able to immerse themselves in a simulation instead. If an inmate was a substance abuser, they would be able to go through a simulation of walking past a bar and this could demonstrate how they would react if they were in the real world.

Doctor Ticknor’s first pilot with this idea was at a juvenile corrections facility in Cincinnati, Ohio. The inmates had plenty of group therapy sessions, but they enjoyed the virtual reality experience, as it felt more like a game. They explained that since they were given an avatar and it was not a recorded group session of them being talked to, they felt like they could be more open.

These simulations also go further than cognitive behavioral therapy. Being incarcerated for a long time can cause someone to lose basic life skills that they have not been exposed to since their time being in prison. Virtual reality can help with this by letting inmates experience simulations such as folding the laundry or going to the grocery store. This provides a way for them to become comfortable in performing these tasks before heading back into normal life outside prison.

Dr. Ticknor also has a virtual reality lab on the VSU campus and is hoping that it can be used for cutting edge research. She uses this lab for her criminal justice classes for her students to experience simulations to work on the use of force and de-escalation for police officers. Other classes also come to the lab to do virtual field trips. Doctor Ticknor explained she would not take her students to a crime scene, but a virtual reality simulation can help them experience what it is like to be on one.

According to a study published by the Journal of Virtual Worlds Research (2018), virtual reality can provide a feeling of presence and immersion, which can trigger emotionally engaging learning situations.

“Think if you were in history class and maybe you could put on a headset and go to a simulation where they’re signing the Constitution,” Dr. Ticknor said. “Think about how that might impact your view of history.”

Dr. Ticknor’s work on the VSU campus and in correctional facilities shows how virtual reality can be innovated into not just a video game experience, but an experience that can change people’s lives and even the way they learn.

Previous Fight to the finish: how to survive finals week
Next Pop Addict: Grammy nominations edition

Valdosta State’s crime is following the same trend. Most of the crime reports from on ...