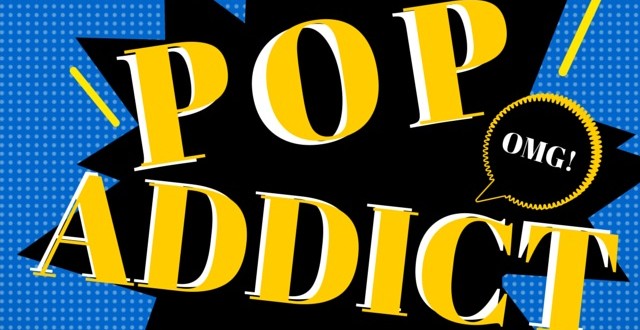 Hello to all my fellow pop addicts at VSU, and welcome to another edition of Pop Addict! We have a variety of topics to discuss. So without further a due, let’s jump right into it.

The 62nd Annual Grammy Awards ceremony took place on Jan. 26, 2020. While there are a few things I disagreed with in terms of the distribution of awards, the show overall was actually pretty nice. Here are the highlights from the show:

· Billie Eilish and her brother Finneas won the most awards of the night, with five Grammys each, including the main four general categories. I am beyond happy for them, as Billie’s project When We All Fall Asleep, Where Do We Go? was truly one of my favorite albums of the year.

· Tyler, the Creator finally wins his first Grammy, taking home the award for Best Rap Album with his project IGOR.

· Lil Nas X fuses together country, trap, K-Pop, and meme culture in his big performance of his various remixes of “Old Town Road,” in addition to the newer version of his song “Rodeo.” The performance saw an array of special guests, including BTS, Billy Ray Cyrus, Mason Ramsey, and Nas. In addition to Lil Nas X’s big performance, the rapper/singer took home two Grammys for Best Music Video and Best Pop/Duo Performance, both for “Old Town Road (Remix).”

· Demi Lovato returned to the big stage, performing her new single “Anyone” and it was what you would expect from any Demi performance: amazing, especially in the vocals.

Continuing the topic of Demi Lovato, let’s talk about her spectacular performance of the National Anthem at this year’s Super Bowl. Her beautiful rendition of the anthem once again gave us the powerful vocals expected from the singer. Lovato’s manager revealed that Jay-Z was the one who recommended her, so thank you Jay-Z for believing in her talents.

Also, at the Super Bowl, Jennifer Lopez and Shakira performed for the Halftime show, performing a mixture of some of their biggest hits. I love the fact that they decided to go with Latino women for the performers, as it gives them a more diverse list of performance when looking back at former performers, and it also helps reach a wider audience for Latino and Hispanic fans.

In regard to the actual Halftime Show, I think the women did a great job with their performance. They performed some of the best songs, and it was very entertaining, with great dancing, nice theatrics and overall a fun time. The shining moment of the Halftime Show was Shakira’s “zaghrouta,” which was intended to be a call to her Arabic culture and ended up being the most meme-able moment of the night.

In other news, critically acclaimed animated Netflix series “BoJack Horseman” has released the last eight episodes of the final season. This show first premiered in 2014 and has been a pop culture phenomenon ever since. It is a show that took a realistic view on social and political issues and it will be dearly missed by many.

Rap icon Lil Wayne has released his thirteenth studio album titled “Funeral.” The album features guest appearances from Adam Levine, Big Sean, 2 Chainz and more. While a Lil Wayne album release is always fun, this album has the same problem as many of his others: it’s too long. In this day and age, it’s hard to make a great album with over twenty tracks, and while this album isn’t bad, it’s certainly not the best.

The anticipated DC movie “Birds of Prey” is set to release on Feb. 7, 2020. The movie features actresses such as Margot Robbie, Mary Elizabeth Winstead, Jurnee Smollett-Bell and more. In my opinion, the movie looks like it will be very interesting and a fun watch. If you’re a fan of DC comics, or you’re just looking for a movie to watch, I suggest going out to see this movie. Also, check out the soundtrack. It features artists such as Megan Thee Stallion, Doja Cat, Saweetie, Normani and more.

Last, but certainly not least, I would like to give my condolences to the families and friends who lost a loved one due to the recent helicopter crash that killed nine of its occupants, including NBA legend Kobe Bryant and his daughter, Gianna. Whether or not you were a huge sports fan, you knew who Kobe Bryant was, and such news like this is always shocking.

That’s all I have for you guys today. Thank you so much for reading. I can’t wait to discuss pop culture again soon!