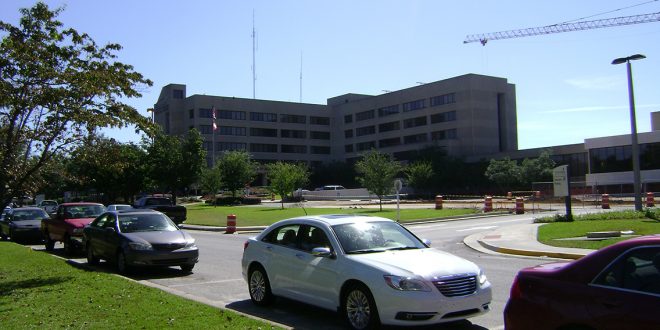 If you want a real summer vacation, stay home for now.

While President Donald Trump’s administration may want to relax the country’s social distancing by May 1, projected infection rates may not agree with them.

The number of coronavirus cases has hit a peak and appears to be trending downward, but this doesn’t mean the state of Georgia is out of the woods yet.

The state has now hit a high of 12,261 confirmed coronavirus cases and 432 confirmed deaths according to the Georgia Department of Public Health.

Gov. Brian Kemp enacted a shelter-in-place mandate that has closed nonessential businesses but allows residents to still leave their homes to acquire essential items as long as they aren’t within six feet of each other.

However, relaxing enforcement of social distancing may not be enough for Georgia to combat it’s high caseload.

According to projection models found at covidactnow.org, with Georgia hospitals could overload as early as four weeks if stricter social distancing orders aren’t in place.

>70% of individuals in state infected

63% of individuals in state infected

14% of individuals in state infected

2% of individuals in state infected

Eric W. Chambers, associate professor of biology at VSU, specializes in emerging infectious diseases. He believes Georgia’s next course of action should be between poor compliance and strict compliance.

“In terms of projections for the State of Georgia we can ignore limited action as I believe our current efforts exceed this intervention type,” he said.

” I also believe we can ignore the Wuhan style lockdown. An authoritarian-style regime like that of the Chinese Communist Party (CCP) can much more easily place those types of restrictions on their citizens without incurring significant social unrest.”

Several cities, including Atlanta, McCaysville and Valdosta, have made attempts to find a healthy medium been poor and strict compliance, establishing a 9 p.m. curfew.

Several essential businesses in those areas, such as Walmart, have taken that same direction by closing their operations at 8 p.m.

Chambers hopes the stricter measures can help the number of cases to further decline.

“From a personal and professional perspective, I am hoping the residents will comply in a strict manner with the stay at home orders,” he said.

Previous Covid comedy: Miss Rona ain’t here to play, but the internet is
Next Over 60 masks donated to VDP during the highest peak of pandemic