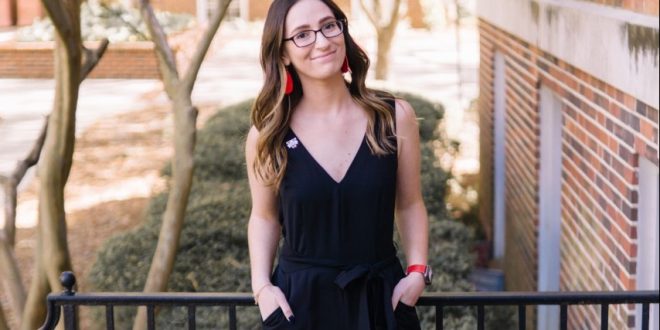 Melissa Wolfe is a communications major at VSU.

Get to know the SGA presidential candidate: Melissa Wolfe

Focused on the health and wellbeing of VSU students, resident junior Melissa Wolfe seeks to truly represent the unheard students of VSU in her bid for the position of SGA president.

From Tampa, Florida, Melissa Wolfe’s experience with SGA started at the beginning of freshman year after then-president Maya Mapp, our current SGA president’s predecessor, invited her and others to a start of the year celebration.

With a history in student governments, having participated heavily in high school, Melissa was excited to see how she could help bring positive change in a whole new way at VSU.

“I told Maya, ‘I did it in high school, I definitely want to continue and see the difference between the two and see how I can grow in this role and hopefully, one day, as a leader,’” Wolfe said. “We got along so well, the SGA members and I, and I was able to get in as a freshman.”

Majoring in communications with an emphasis on public relations, Wolfe has grown into her position of SGA Chief of Staff over the years.

“I went from being a senator my freshman year, to a chamber speaker, then the director of communications, which was an appointed executive position, then I became Chief of Staff to Jacob,” Wolfe said. “All these positions, being in the background, prepared me. Seeing what Jacob does, what Amea does, what the secretary and treasurer does, I have a good grasp of what my team does and how we can be there for people outside of SGA.”

During her campaign for SGA president, Wolfe has made clear that she with her experience in working with Student Affairs and Student Recreation, she wants better physical and mental wellness on campus to be a top priority alongside better student representation and increased disabled-accessibility on campus.

Wolfe has recently taken up cooking and enjoys working out in her free time.