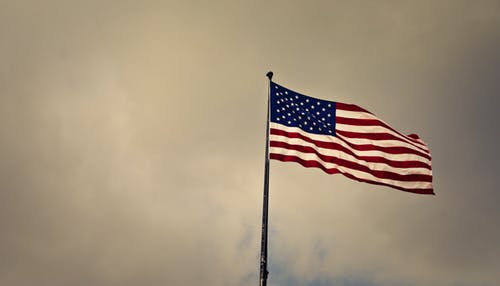 The killing of George Floyd was truly a turning point in American history. If the social and political consequences from the aftermath are allowed to go unchecked, the rule of law as we know it could wither away.

What started in Minneapolis on May 28, was soon mimicked in several cities across the country: mass protests, but also riots, violence, and destruction.

But aside from the physical damage that was a result of many nights of unrest, one glaring takeaway was the power that the movements held – In a physical sense, a cultural sense, and most importantly, in a political sense.

Probably the most noteworthy example of the movement’s ability to wield political power can be seen in the city where it all started, Minneapolis. After Floyd’s death, the Minneapolis City Council voted unanimously to not just defund the Minneapolis Police Department, but to dismantle it entirely and to replace it with a community-led public safety task force.

This, of course, is right on par with the goals of the Black Lives Matter movement, Antifa, and numerous other adjacent activist groups who advocate for rather unconventional social and political change.

Dismantling a police department of a city will, predictably, only lead to even more violence.

The reaction to the death of George Floyd has also ignited a cultural revolution.

Now, statues of Confederate soldiers, explorers, and other historic Americans are being toppled and defaced. Pressure to rename military bases and remove paintings of certain American figures is underway.

Demands for statues of Abraham Lincoln to come down are all over social media. Even a statue of Theodore Roosevelt in front of the Museum of Natural History is set to be removed, according to the New York Times. Museum officials say the Roosevelt statue is being moved because it depicts a native American and an African man as “subjugated and inferior.”

This revolution of sorts against historical depictions of America is backed by essentially every firm in corporate America, in contrast to what a true revolution would look like. For example, it would be more difficult not to name the corporations that have endorsed Black Lives Matter, but to name the ones that haven’t. These corporations face immense social pressure, boycotting, or the possibility of losing advertisers for failing to do so.

While radical cultural transformations demonstrate this movement’s influence, what’s even more striking is their power to influence legal matters. The killing of Rayshard Brooks by a police officer in Atlanta is an example of this.

Video evidence confirmed that force was justified, as Brooks resisted arrest, fought police, took one officer’s taser, ran away while pointing the taser, and deployed it on an officer. However, charges for murder were still demanded, even though murder is premeditated, and this situation was reactionary.

Nevertheless, the Fulton County District Attorney Paul Howard, who is up for re-election this year, charged the officer with 11 criminal charges, including felony murder, which could come with the death penalty or life in prison without parole. Howard remarked that they are pursuing felony murder because aggravated assault was said to have taken place before Brooks was shot dead and Brooks was not a threat to the offending officer.

When demanding groups are allowed to accumulate prominent influence, true rule of law begins to decline, and a country’s legitimacy begins to crumble. History is being erased, highly consequential decisions are being made due to intense social pressure, and legal precedent is quickly becoming nonexistent because of flared tensions.