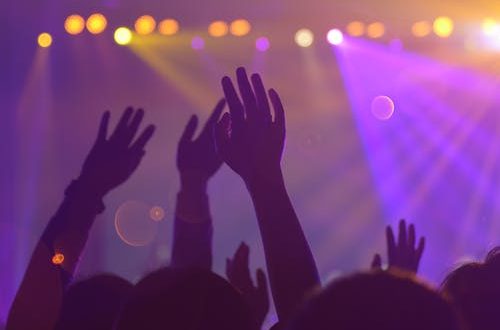 Five parties have taken place in the just the first week of classes.

Dr. Vince Miller, vice president for student affairs, is aware of at least one of these parties, and was quite shocked to learn that students were disregarding the safety standards in place.

“A block party happened on campus,”  Dr. Miller said. “It was not expected. There were people – tons of them.”

Dr. Miller has taken a step back to figure out how to better educate students on the importance of social distancing, including involvement of campus police.

“I have told them, ‘Call me’. You know, it’s not the most exciting thing to get out of bed in the middle of the night and come to campus for any reason, but I’m willing if that’s what it takes,” he said.

Dr. Miller wants to remind students that they can be social, but says there’s a “right” way to do it during a pandemic.

“The right why is to wear a mask, and to be separated out unless you live together,” he said.

Dr. Miller has approached groups of large groups of students at the Student Union to inform them on the importance of social distancing. He said there are no new COVID cases from this party.

“If you ignore that guidance, then that risk goes up. So we ask that, you can safely be social, but you’ve got to do it safely,” he said.

Dr. Miller has attempted to get the Department of Public Health to come on campus for procedure testing.

“The reality is, most communities, most institutions, don’t have the ability to do that,” he said. “So it makes it difficult to have that mandate happen. Even if we mandated it, we don’t have the infrastructure to make it happen.”

Daniel Winchester, a senior English major, said the parties are to be expected, but not what students should be doing right now.

“I think, it’s a little selfish to do that because if we have to close because of it, or we have a bunch of cases, a lot of people are going to get sent home, and that’s not fair,” Winchester said.

The big wonder is the reason why students are still having parties.

“We’re in more of the conservative kind of area, and a lot of people don’t believe in the masks or the virus,” Winchester said. “And on the other hand, you have a lot of people who are getting COVID fatigue.”

Ransom Trueman, a junior history major, has a family member who has a heart condition.

“If I’m in big, crowded areas, I don’t want to run the risk of him getting sick, but then we’re at the point where we realize COVID is a thing that’s never going to go away,” Trueman said. “How do we adjust to that, and when does the normal come back on?”

While students are fully aware that going to parties is a risk, it’s important to think about how these parties can affect day-to-day life on campus.

Cameron Tudor, a senior mass media major, addressed his personal safety while living in the dorms.

“I think there’s certainly potential that it could be at risk because the people that did go could catch something, and could be spreading it around,” said Tudor. “Even though I seldomly interact with people, it could still get around..”

It’s obvious this hasn’t been a normal semester so far. In order to further the pandemic education, be on the lookout for signs and banners near parking lots with the hashtag campaign, #BlazersProtectBlazers, expected to roll out this week.

Previous Column: Why students should take wearing face masks more seriously
Next How COVID has affected the Deaf community on campus