Home / Entertainment / How has COVID-19 impacted the film and theater industry? 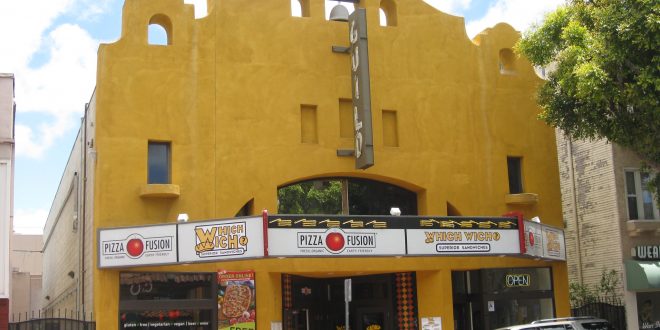 Known as the “Hollywood of the South,” Georgia’s film and performance industries added a whopping $9.5 billion to the state’s revenue in 2019. However, after the country was overrun with the COVID-19 pandemic, Georgia’s film industry took a major hit.

After big productions such as Lionsgate’s adaptations of The Hunger Games and AMC’s The Walking Dead showcased many of Georgia’s attributes in the earlier part of the 2000s, big-time companies like Netflix and Marvel Studios also began to move in on the state.

Many shows and movies – including Netflix’s hit series Stranger Things – postponed filming or canceled it entirety due to either COVID-19 complications or economic ones, such as higher production costs caused by new safety protocols, as reported by Deadline Hollywood.

Local performance and film industries were also affected by the pandemic. Most shut down due to social distancing concerns following the Center for Disease Control guidelines.

Now that they’re reopening everyone is excited. However, there will be some major changes.

Valdosta Stadium Cinemas reopened its doors on Aug. 28 and will be following strict guidelines put into place by its parent company Georgia Theatre Company Movies.

Face masks and social distancing will be required inside the facility, lowering overall theater capacity. Concession accessories such as condiment dispensers will be eliminated. Mobile ticket purchases and credit card or contactless transactions are going to be strongly encouraged.

Auditoriums are going to be thoroughly cleaned between each movie screening, and hand sanitizer will be accessible to both patrons and staff members throughout the theater.

Many movies such as Harry Potter and the Goblet of Fire and Leonardo DiCaprio’s Inception have been included in the current showings to make up space left by postponed movies. Trolls World Tour is also still showing, having been released in April.

Local performance theatres will also have changes put into place.

Theatre Guild Valdosta is a local theatre that has currently suspended its performance season until January 2021 and postponed two previously casted performances.

VSU’s Theatre and Dance program will also be running differently this year. Their 2020-2021 season will be entirely virtual.

All six productions will be done through a private Vimeo channel and can be found on the 2020-2021 season list on the school’s website. Ticket purchases begin in late August through the online box office.