Home / News / First debate a slugfest with no KO 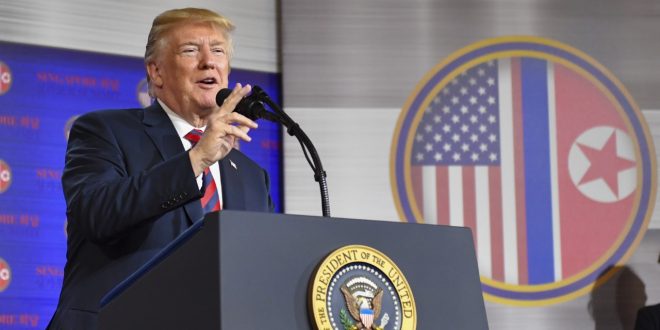 On Sept. 29, the first presidential debate of the 2020 election between Donald Trump and Joe Biden was an absolute mess, to put it lightly.

A fiery and entertaining debate was expected, and this debate sure had plenty of fireworks.

Right out of the gate, both candidates came out swinging within the first few minutes. While discussing the pandemic, Biden initiated his attacks on Trump, insisting that Trump has no idea what he is doing.

Trump defended his administration’s handling of the pandemic, citing the vaccine that they are racing to establish, and also countered Biden by interrupting him and sprinkling in quick jabs while he was speaking.

This strategy would essentially set the tone for the rest of the debate. Trump was adamant in interrupting Biden and derailing his train of thought, which quickly proved to be a successful point of attack.

At first, Biden tried to simply laugh off Trump’s interjections, but as Trump persisted, Biden became visibly frustrated. Biden’s frustration was demonstrated when one of his phrases, “Oh come on man,” was turned into “Shut up man,” early on in the debate.

Realizing that this was clearly going to be Trump’s strategy, Biden returned the favor and began interjecting while Trump was speaking as well.

This effectively solidified the type of debate that it was going to be: 90 minutes of Donald Trump and Joe Biden talking over each other, with moderator Chris Wallace desperately trying to enforce the rules and maintain some semblance of order.

As Wallace was trying to moderate, however, it seemed as though sometimes Trump was having to debate two people. Perhaps Trump received this treatment because he sometimes interrupted Wallace, but nevertheless, Wallace’s attempts to reel Trump in occasionally morphed into asking questions that could be perceived as having partisan framing.

This could be illustrated when Wallace asked a few questions with a hint of annoyance in his voice, and Biden seemingly piling on and immediately repeating a few of the questions that Wallace already asked could hurt Wallace’s case for impartiality.

Due to the nature of this highly argumentative debate, with it being a very much back-and-forth duel, there was no clear winner.

Debates have historically been shown to not move the needle a whole lot, and this was one of them. This debate also did not sway undecided voters towards either party.

Both men parroted their talking points and frequently attacked each other, but there were no defining moments indicating that one man triumphed over the other.