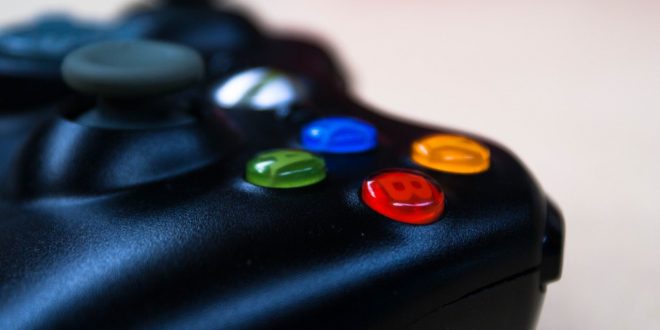 With no word from Nintendo on any hardware upgrades to compete, Microsoft and Sony are going toe to toe with their new consoles ready to hit shelves this holiday season, the new Xbox Series X(Microsoft) and The PlayStation 5 or PS5 (Sony).

Earlier this month due to COVID-19 concerns both companies were forced to host live virtual showcases on YouTube to reveal their products.

Alongside the consoles were some console-exclusive games, such as the next Halo game “Halo: Infinite,” a new “Honey I shrunk the kids” inspired survival game, “Grounded” and for our Lord Of The Rings fans, a game starring everyone’s favorite ring-bearing stoor hobbit, Gollum in “The Lord Of The Rings: Gollum” an action-adventure game.

Microsoft also introduced a new financing plan to make their consoles more affordable to everyone this year called Xbox All Access.

These plans include your console of choice, the series X or series S. One plan includes 12 months of Xbox live Gold online subscription and the other includes a. 24 month Xbox game pass ultimate, which gives access to an unlimited library of Xbox games and includes an EA play subscription. For the 24 month plan, the starting price is $24.99 for the series S and $34.99..

The PlayStation 5 is also sporting a disk and all digital version of their console at similar prices with the disk version priced at $499 and the digital version at $399.

Sony is also introducing a brand-new controller with new technology implemented into it. Their new dual sense controller allows the player to feel what their character is feeling in the game by imitating the surroundings their character is in, from walking through sand in a desert to getting hit in a fight.

PlayStation announced various console-exclusive games such as Marvel’s “Spider Man: Miles Morales” where you play as the next spider man in line to protect New York City, from Brooklyn “Miles Morales”.

This game is also one of the first of many video games to have a black lead with Atlanta based actor Nadji Jeter who has voiced our young hero in past games and shows but is known for his roles in films such as Grown Ups 2 (Andre) and the 5th Wave (Poundcake).

The company also announced other exclusives such as Square Enix’s Final Fantasy 16, the next game in the never-ending final fantasy story, and a game for our Harry Potter fans, EA’s Hogwarts Legacy where you will customize your very own wizard, attend Hogwarts school of magic and explore the world of Harry Potter in this new role-playing action adventure.

With all the facts on the table I took the campus to ask some of our fellow blazers who they were siding with in this battle of consoles.

“My loyalty is going to always be with Sony with their PlayStation, I had a PlayStation 2, PlayStation 3 and now a PlayStation 4 in the past, so I feel like PlayStation is elite compared to Microsoft, so that what I’ll be sticking to,” Sean Lockheart, a junior Inner discipline studies major, said. “I will be but preorders are already sold out so I don’t know when, but I know I will in fact get one.”

“If we’re talking about the Xbox Series X and the PlayStation 5, my loyalty lies with the PlayStation 5,”.Dante, a junior mathematics major said. “I feel like it has better graphics and also they have more players to play against more opportunities, and cheaper prices on games. I will be purchasing it in the future around January when they restock.”

“I just feel like PlayStation is a better console, it just feels easier to use and more comfortable and I tend to like the graphics on PlayStation better, and my dad is a big PlayStation freak so I grew up on PlayStation,” Alyse, a freshman political science major said. “I want the PS5 even though I’m broke”

All and all both tech giants are pulling out all the stops for this holiday season in this no punches barred match.

Preorders for both consoles are available now on all technology selling retailer websites (GameStop, Walmart, BestBuy, etc.) and are slated to release this November. So, you better hurry because they’re selling like hotcakes quickly.

Let’s see who wins this console war this holiday season.

Previous College students will decide this election, vote! (sponsored)
Next VSU will not have early voting