Home / Entertainment / The Killers are back with a new album 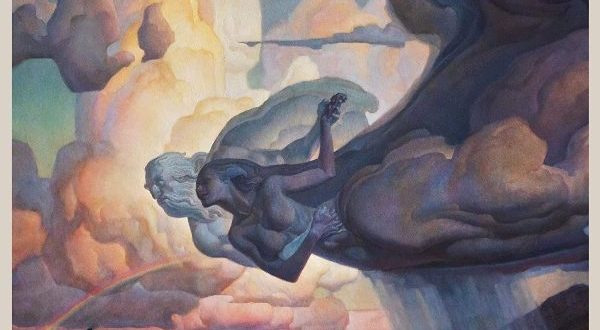 On Aug. 21, The Killers brought back early 2010 alternative rock music with a new album called “Imploding the Mirage.”

The band was formed in 2001 when singer Brandon Flowers left his band Blush Response, after he realized that his true calling was to form his own band, according to Planet Radio.

The Killers first debut hit was “Mr. Brightside,” which was on their first album, “Hot Fuss,”  released on June 7, 2004. Since then, the band has released five other albums including the newest album, “Imploding the Mirage.”

The band has evolved with their sound since 2004. However, it still kept its same musical roots from their first album with alternative rock sounds.

Imploding the Mirage gave a pop flavor to the band’s normal grungy feel, which makes the band seem like they are still experimenting with new sounds.

The Killers’ new album is more than just their sound.  It has also evolved with the meaning behind each song.

Flowers explained the meaning behind the album title and the song with the same title, “Imploding the Mirage,” by comparing it to Las Vegas.

The song is also about his wife, Tana Mundkowsky, whom he met in Las Vegas in 2001 in the Buffalo Exchange thrift store. Flowers was attracted to how different she was compared to him, according to Song Facts.

“Blowback” shows Flowers’ admiration of how his wife has handled her PTSD, according to Song Facts.

“The more that I write about my wife’s experiences, I’m able to grow closer to her and have more empathy for her,” Flowers said to NME.

This is not Flowers first time writing about his wife’s experiences. He also wrote several songs about her on the band’s last album, “Wonderful! Wonderful!” released in  2017.