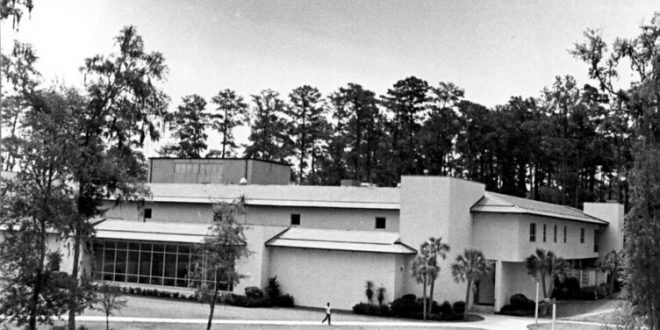 Many students have had a change in lifestyle because of the COVID-19 pandemic hitting in early 2020.

VSU had to switch from face-to-face to remote learning almost instantaneously once students were sent home.

One of the biggest changes affected the theatre department as their upcoming show was canceled, in-person rehearsals were put on hold and auditions were beginning to be sent in with videos.

Now that we are a year into the pandemic, circumstances have gotten better for theatre students as there are vaccines, mask mandates and social distancing requirements.

Though things are not done completely the same as before, theatre students are still able to learn their parts in a show and switch from live performances to filmed performances.

Alexandria Seelmeyer, a junior theatre performance major, has been able to find a way to make this her new normal routine and become accustomed to the new lifestyle that COVID has created.

She still finds it difficult to perform to an empty auditorium where the actor’s momentum craves that audience’s reaction. The applause, the laughter, the gasps; it keeps the actress going and helps them know that their performance is working for the crowd.

Without that crowd being there, the technical crew, costume crew and sound designers sit in the audience and give the cast their appreciation for their spot-on performance for the first dress rehearsal.

“It really is an unmatched feeling when you’ve been performing for no one and on that first dress rehearsal day, you finally get the satisfaction of hearing applause,” Seelmeyer said.

Many theatre students who graduated in the heart of the pandemic are having a hard time finding work in the theatre business and have had to put it on the back burner for now.

“I wouldn’t mind waiting a little longer, but I can’t even get a small job at a theme park, because they aren’t hiring right now,” Seelmeyer said. “Sure, I can teach kids, but that isn’t what I want to do for the rest of my life. I can’t see myself doing anything but performing on a stage.”

Seelmeyer plays multiple roles in the production of “Guys and Dolls.” Due to COVID, this play is being rehearsed differently than past productions.

Along with being filmed rather than performed live, the cast must wear face shields when performing so that the audience can see their mouths and the cast is also being kept safe.

Joseph Mason, assistant professor of theatre, teaches vocals to musical theatre students and is the director of “Guys and Dolls.”

With the several changes the cast has had to make, Mason found ways to keep the cast’s energy up and make rehearsals fun and easier during the pandemic.

“Going through that whole process, they’ve [actors] adjusted really, really well and as we move forward, it’s just going to be easier for them,” Mason said.

Many of the performance-based students have classes that require them to send in clips for grades, so they have gotten used to self-tapes, but nothing on this scale.

With the new filming process taking place, many actors are discovering that they are taking a liking to the film industry when it comes to acting.

Helping with lighting, working with the camera and blocking the stages has become routine for some of these student actors. Many have thought about perusing both in college now that they have been given the opportunity to work with it.