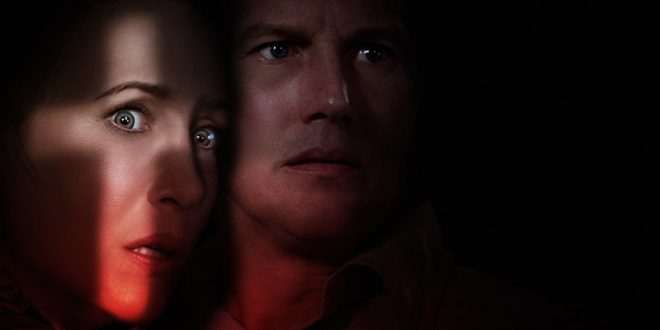 The Conjuring Franchise has once again made fans jump out of their seats with the recently released movie, “The Conjuring: The Devil Made Me Do It.”

Michael Chaves, the film’s director, also directed “The Curse of La Llorona,” which is also part of the Conjuring franchise. Chaves hasn’t had extensive experience with directing, specifically in the horror department, but his work in “The Devil Made Me Do it” gave Chaves a good reputation.

Due to COVID-19, “The Devil Made Me Do It” had a a lower than average—39 million dollars—budget, but that seemed to be the perfect amount to make the movie.

The movie stars a popular paranormal investigative couple, Lorraine Warren (Vera Farmiga) and Ed Warren (Patrick Wilson), who are studying the case of eight-year-old David Glatzel (Julian Hilliard). He is joined by his sister Debbie (Sarah Catherine Hook) and her boyfriend Arne (Ruairi O’Connor) during an exorcism.

The plot of the movie is based on the real trial of Arne Cheyenne Johnson, which was the first United States court case that sought to prove innocence due to demonic possession. During the movie, Ed and Lorraine attempt to find the source to the family’s unknown curse while trying to save Arne and themselves from the hands of a demon.

The acting performance given by the cast was (without doubt) excellent. Each character portrayed fear and terror not only in their facial expressions but also in their body movement, especially Vera Farmiga, who is always a pleasure to watch.

The visuals are different from the other two Conjuring films, as if the director wanted to shift the movie into less of the typical haunted house storyline. Instead, the audience gets to see the main characters take time to explore the case in different areas.

Although the visuals may be different, the music score was generally the same as other horror movies. Whether it was in the Conjuring franchise or just another old horror movie, the same suspecting music that makes the audience lean in their chairs or close their eyes is nothing new.

I do applaud the director for trying to shift the movie into something different from the previous movies. The only complaint is the possession of Arne. For someone who was possessed, the movie did not give Arne a chance to act . . . well . . . possessed.

Compared to the previous Conjuring movies, the possession of Arne would come dead last. Altogether, the movie was pretty good and brought something different to the Conjuring universe.