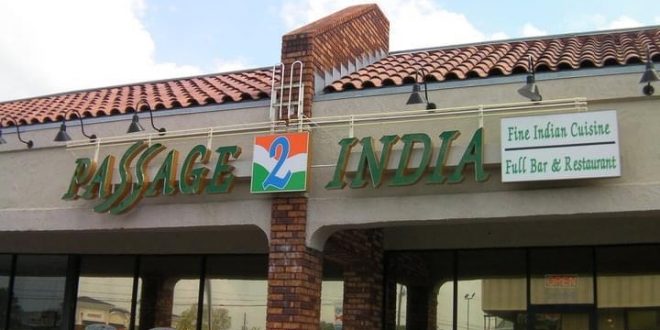 Passage 2 India, a family owned traditional restaurant, stands tall but does not stand out.

When I arrived at the restaurant with my best friend, the smell was apparent the second we got out of the car: Spices and home recipes wafted all the way down the block.

When my party came inside, we were greeted with traditional music and decorations. Each table had different illustrations from different Indian mythology, and there were a lot gold decorated elephants.

The checkered tile floors and tile ceilings in the restaurant did not match the rest of the decor inside.

While the staff was cordial, they were not extremely warm nor rude towards us, nor were they rude. The plates were grabbed from the closed buffet table had a lot of paint chips.

For appetizers, we ordered vegetable samosas, which are seasoned potatoes and peas in a crispy shell. They were cooked very nicely and had a nice golden crisp. We also ordered two different types of naan. Naan is fluffy white flour bread usually with a filling and a topping.

We ordered a Kashmiri Naan, filled with various fruits and nuts, and we also ordered a bullet naan. It was covered and filled with spicy chili. The bullet naan had unevenness with the spice levels throughout the dough.

The food took over 15 minutes for appetizers and 25 minutes until we received the rest of our entrees, as the Tandoori chicken was served with the appetizers.

For dessert, we ordered Khmer, which is traditional Indian rice pudding. The dessert was sweet but very watery.

This restaurant gave my party a good experience, but nothing stood out. I would recommend it if you wanted to try traditional, local Indian food.

Previous IN THE SPOTLIGHT: VSU Theatre Department back with live shows
Next Habitat for Humanity offers humbling experience